LSU, Miami (FL) to meet in 2018 Cowboys Classic in Arlington 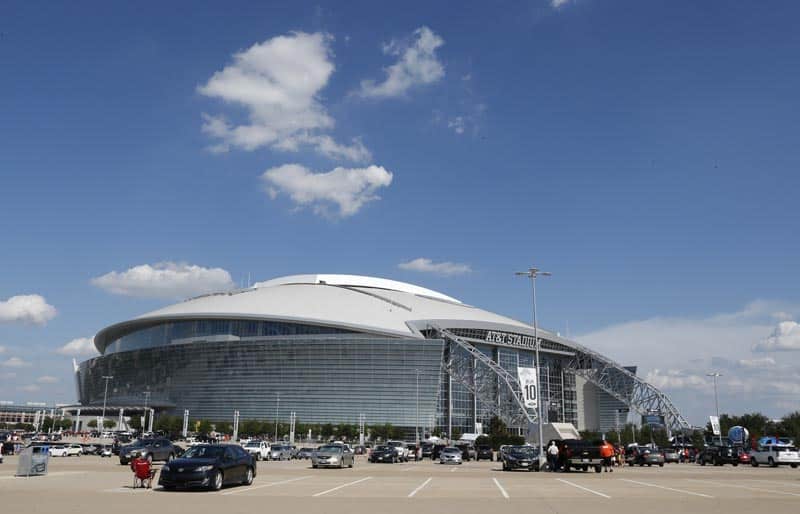 LSU and Miami will meet in Arlington in 2018. (Matthew Emmons-USA TODAY Sports)

The LSU Tigers and the Miami Hurricanes will meet in the 2018 Cowboys Classic, both schools have officially announced.

The game will be played on Saturday, Sept. 1, 2018 at AT&T Stadium in Arlington, Texas.

“The Cowboys Classic is a great event and gives us an opportunity to showcase LSU football in the premier NFL venue in an area that is one of our biggest alumni bases outside Louisiana,” LSU Vice Chancellor and Director of Athletics Joe Alleva said in a statement.

LSU and Miami last met in the 2005 Peach Bowl, a game that LSU dominated 40-3. The two schools haven’t met in the regular season since a 1988 contest in Baton Rouge. The Tigers lead the overall series 9-3.

Miami, FL is the first announced non-conference opponent for LSU for the 2018 season and they satisfy the SEC’s strength of schedule mandate.

LSU also satisfied the scheduling mandate for 2019 and 2020 earlier today when they announced a home-and-home football series with Texas.

Miami now has four games tentatively set for the 2018 season. The Hurricanes are also scheduled to host FIU on Sept. 22 and travel to Rutgers and Toledo.

The ACC also has a similar strength of schedule mandate that goes into effect in 2017. LSU will satisfy that requirement for Miami.

lsu vs miami why

This is a good match up, most of the neutral site games are.

Miami…talk about living off your past with nothing in recent times to show Miami can be relevant.

At this I would expect the crowd to be about 95% LSU fans.

Who will be the new coach for Miami?

Ahh the old living off the past gimmick,even threw in a dig about the fans…How bout them corn dogs?

Alabama fans! Isn’t that you all were doing before Saban became the head coach? LIVING OFF THE OLD MEMORIES! When Miami in the late 90’s early 2000’s was on top Bama wasn’t even heard of. Y’all were Auburn’s door mat 6x in a row not to mention ncaa violations. Every team has its rise and decline moments. We’re having ours right now but we will get back on top

Da U reloads we dont rebuild!