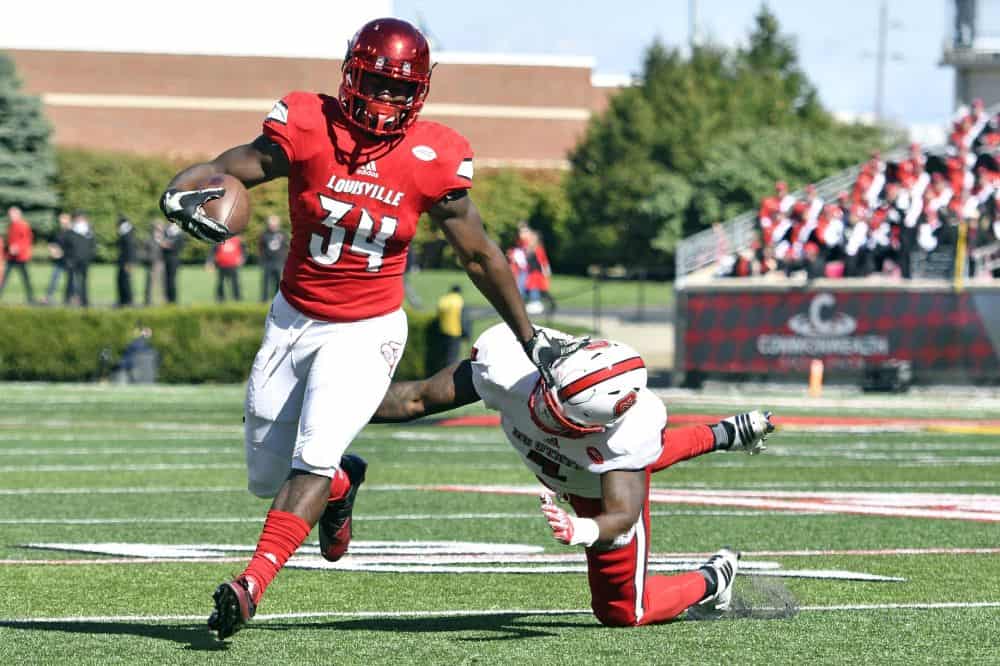 Louisville will face Western Kentucky in a three-game series between 2018 and 2020. (Jamie Rhodes-USA TODAY Sports)

Louisville and Western Kentucky will play a three-game series between 2018 and 2020, both schools announced on Thursday.

The 2018 and 2020 contests will take place at Papa John’s Cardinal Stadium in Louisville. 2019’s game will be a neutral-site game, played at Nissan Stadium in Nashville.

“It’s great for both schools that we were able to resume this series against an in-state school of Western Kentucky’s caliber,” Vice-President/Director of Athletics Tom Jurich said. “Because of the proximity of both schools, I think it’s a tremendous win for the state of Kentucky and each fan base. I’m thrilled we were able to lock down a three-game series versus WKU. ”

The Cardinals and Hilltoppers have faced off ten times, with Louisville winning nine. The schools have not played since Halloween of 1998, however, making this series the first time the two schools, separated by just 113 miles, have faced off as FBS opponents.

“We are excited to begin a football series with the University of Louisville,” said WKU Director of Athletics Todd Stewart. “These three games will be exciting for both fan bases and good for college football in the Commonwealth of Kentucky. We continually try to develop strong non-conference schedules each year while also focusing on regional match ups that enable our fans to attend games outside of Bowling Green. A series with Louisville checks all of those boxes, and we appreciate Louisville’s administration and football program for their efforts and cooperation.”

The 2018 and 2020 games will be Western Kentucky’s third and second, respectively, road contests. Louisville is the Hilltoppers’ third non-conference opponent for all three years of the series. Louisville has a 2018 and 2019 home-and-home with Kentucky, a neutral-site 2018 opener against Alabama and a 2019 and 2020 home-and-home with Notre Dame among its future schedules.