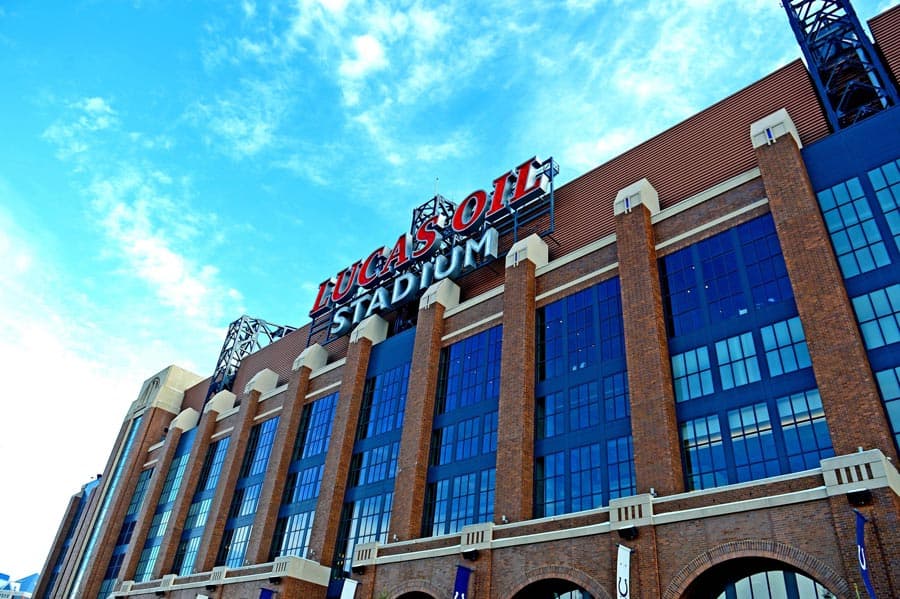 The Louisville Cardinals and the Purdue Boilermakers will open the 2017 season at Lucas Oil Stadium in Indianapolis, according to an ESPN report.

Louisville and Purdue are slated to meet on Sept. 2, 2017. The two schools have only met once on the gridiron, a 1987 matchup in West Lafayette, Indiana that ended in a 22-22 tie.

Louisville has one other non-conference game scheduled in 2017 — their season finale at in-state rival Kentucky on Nov. 25.

Purdue also has one other non-conference matchup in 2017, a Sept. 16 trip to take on the Missouri Tigers in Columbia.

The addition of the Louisville-Purdue game would bring the total number of opening weekend neutral-site games to five in 2017. Other games scheduled are BYU vs. LSU (at Houston, TX), Colorado vs. Colorado State (Denver, CO), Florida vs. Michigan (at Arlington, TX), and West Virginia vs. Virginia Tech (at Landover, MD).

I really hope Purdue is competitive by the time this game rolls around.

Even DNS has been too tough for Purdue lately.

neutral site games are over done and aren’t even big match ups like when they first started. The only game of note for 2017 UM/Fla and that’s assuming both programs rebound quickly from several consecutive down years.

Eh, I disagree with that. UM/Fla doesn’t really move the needle because we’ve seen those teams play before. At least Purdue and Louisville is kind fresh. If both teams are fielding competitive squads by then, it’ll be fun to watch.

You also have to take into account that most schools have beefed up their non-con schedules and it is, as you noted, difficult to schedule these games a few years in advance as you may not know wether a team will be up or down.

Georgia vs. North Carolina – Chick FilA Kickoff Classic – Looked good a few years ago when Larry Fedora was on the rise, but not so much since he has not done much at UNC.

FSU vs. Ole Miss – Orlando – All of Hugh Freeze’s stud class of recruits from three classes back may be gone by then. But, hey. Either way, I’ll be watching.

Kevin Kelley, do you know if a game like Chick FilA get out of a contract if they have a feeling the game is going to stink, or no one way show up like last year’s Ole Miss/Boise match up? I am sure the Greatest Network in all of sports cares at least a little. But having looked at other ACC schools it doesn’t look like there can be many other replacements as most of the big schools already have their sched’s lined up with at least 1 P5, or like Clemson, already two.