Louisville to host Murray State in 2023 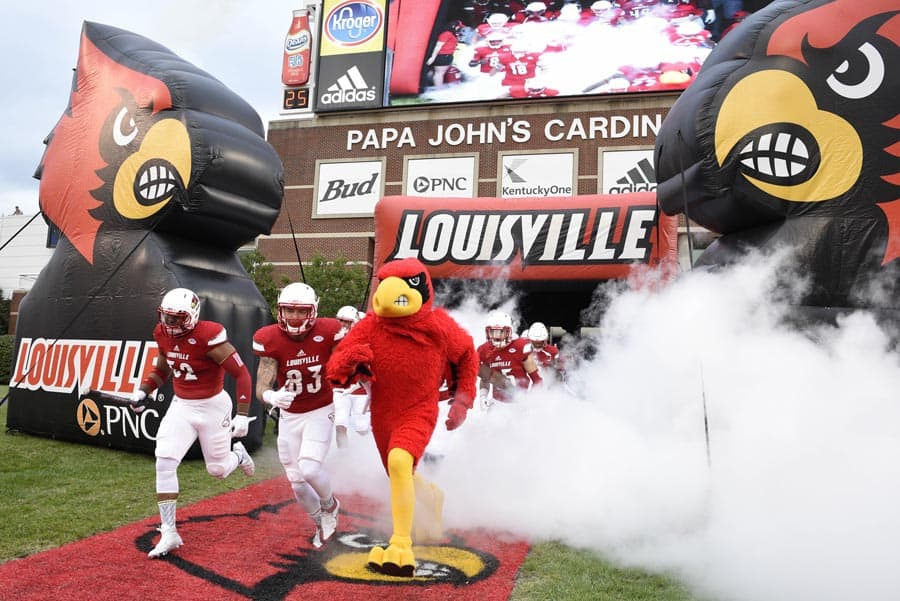 The Louisville Cardinals have added the Murray State Racers to their 2023 football schedule, FBSchedules.com has learned.

Louisville will host Murray State at Papa John’s Cardinal Stadium on Sept. 9, 2023. UL will pay Murray State a $625,000 guarantee for the game, according to a copy of the contract obtained from the University of Louisville via a state open records request.

Louisville and Murray State first met on the gridiron in 1927 and have played 20 times overall. The Cardinals defeated the Racers 55-10 in 2017 to extend their lead in the series to 14-6.

The two schools also have a previously announced agreement to meet on Sept. 5, 2020 in Louisville. Murray State will receive a $600,000 guarantee for that game.

Murray State is a member of the Ohio Valley Conference in the Football Championship Subdivision (FCS). Last season, the Racers finished 3-8 overall and 2-5 in conference play.

With the addition of Murray State, Louisville now has three non-conference games scheduled for the 2023 season. The Cardinals are also slated to play Indiana at Lucas Oil Stadium (Sept. 16) and host Notre Dame (date TBA).