Louisiana Tech, ULM to play in Shreveport in 2020 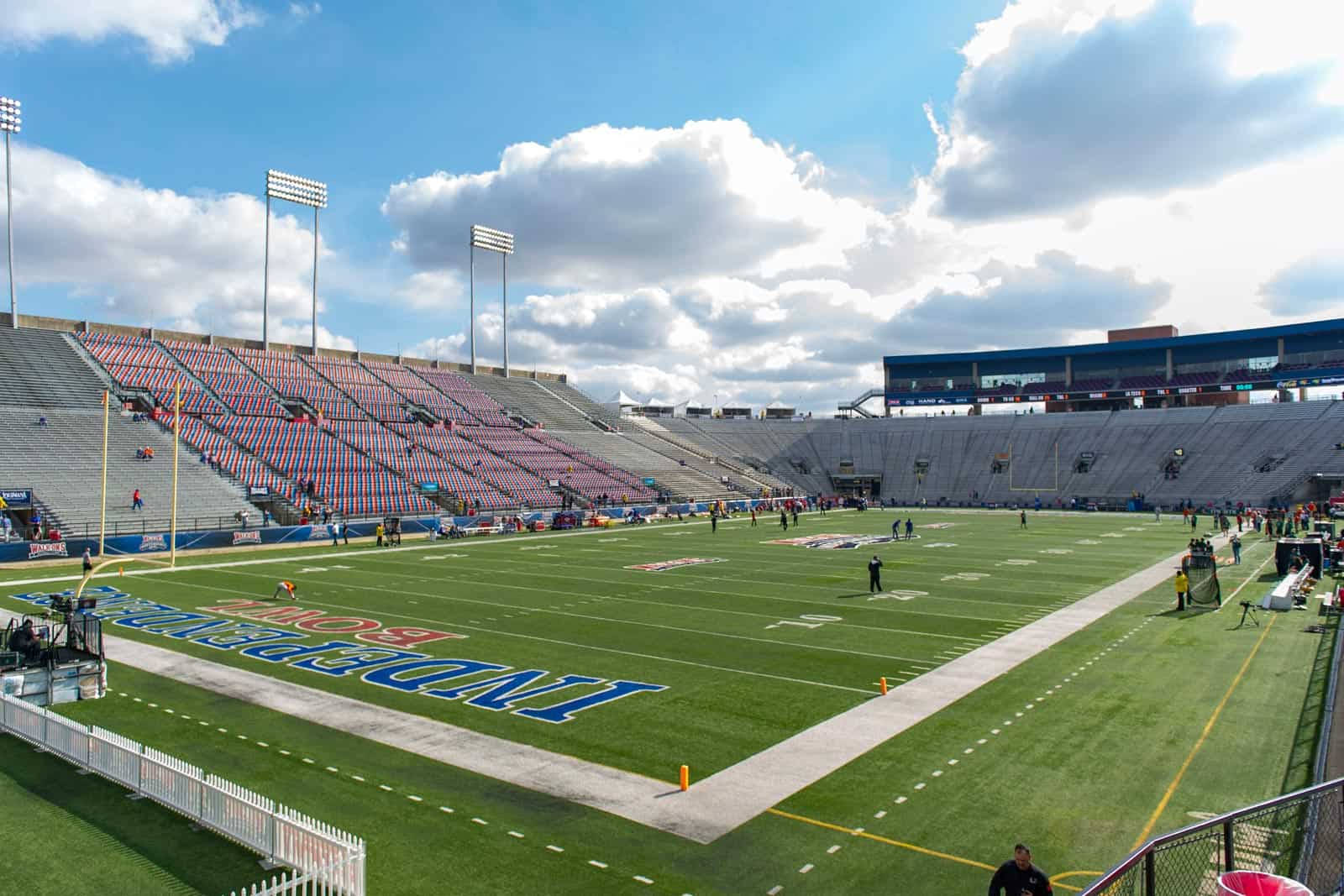 The Louisiana Tech Bulldogs and the ULM Warhawks, who both lost games to SEC opponents due to cancellations, will square off this season.

Louisiana Tech and ULM will play at Independence Stadium in Shreveport, La., on Nov. 21, 2020, both schools announced on Friday. The agreement between the two schools is for this game only and the Bulldogs will be designated as the home team.

The contest replaces Louisiana Tech’s game at Vanderbilt and ULM’s game at Arkansas, which were both canceled when the SEC decided to play a conference-only schedule this season.

“When we lost our game against Vanderbilt, it obviously created a hole in our schedule,” said Louisiana Tech Director of Athletics Tommy McClelland. “As we looked to when and where it was appropriate to add a game, we felt we needed to fill that date on the schedule. ULM was in the same situation with the same available date.

“However, in a year where there may be restrictions on stadium capacities, we felt it wasn’t fair to either program to be the home team. Therefore when I reached out to Scott McDonald and proposed the idea of playing in Shreveport, he agreed it was the best scenario. It gives us the best chance at a larger crowd even if there are seating restrictions.”

Louisiana Tech and ULM have met 42 times on the gridiron, but not since a 42-19 Bulldog win in 2000 in Monroe. The Bulldogs currently lead the overall series 30-13 and have won the last eight contests between the two schools.

“We’re excited to add Louisiana Tech to our 2020 football schedule,” ULM Athletics Director Scott McDonald said. “Tommy McClelland and I began discussions last week and given the scheduling challenges both programs were facing due to COVID-19, it made perfect sense to schedule a neutral site game in Shreveport. This game gives both passionate fan bases something to look forward to in November.”

“I’m sure our players will be thrilled to see Louisiana Tech has been added to this season’s schedule,” ULM head football coach Matt Viator said. “Obviously, I have a great deal of respect for Tommy McClelland (former athletics director at McNeese State), Skip Holtz and the Louisiana Tech football program. It also will be exciting for our players to have an opportunity to play at Independence Stadium in Shreveport.”

Louisiana Tech is currently scheduled to open the 2020 season at UNLV on Saturday, Sept. 5. However, that game will likely be rescheduled as the Mountain West Conference has stipulated that their teams cannot start their seasons until Sept. 26.

ULM was scheduled to open their season at home against the Cal Poly Mustangs of the Big Sky Conference. Earlier on Friday, however, the Big Sky announced that they were postponing conference competition to the Spring of 2021.

This needs to be played more often.

In my realignment projections, I have ULM joining C-USA.

I agree this needs to be played regularly. I don’t see ULM moving to C-USA. Why would they want two teams from the same area of Louisiana? La. Tech has that are covered. Plus ULM has a history of mediocrity.

Let’s put it this way. When TCU was taken from C-USA by the MW (they are now in the Big 12), Louisiana Tech, then in the WAC, thought they were the perfect replacement, given that the other Central Time schools in the WAC at that time had already accepted C-USA invites (of those three, only Rice remains in C-USA). Louisiana Tech also desired an in-state conference rival, which they had lacked since leaving the Big West for football only in 1996. Tulane was in C-USA at that time.

But in a stunning upset, UTEP was chosen to replace TCU, despite being in the Mountain Time Zone (unlike the other C-USA schools).

Louisiana Tech was forced to remain in the WAC until 2013 (in their last season in the WAC, two Texas schools in and around San Antonio were also in the conference). By the time LT joined C-USA however, Tulane was preparing to leave for the American, which they would do in 2014. LT played only one conference game against Tulane.

Of course, my realignment projections also include ULL joining C-USA. LT would get not just one, but two in-state conference rivals.

I can agree with Louisiana since they are in the southern part of the state. Troy, Georgia State, Arkansas State, Appalachian State, Georgia Southern or even USA would offer more than ULM. All those schools are either in better markets or have much more football tradition. Just my opinion…