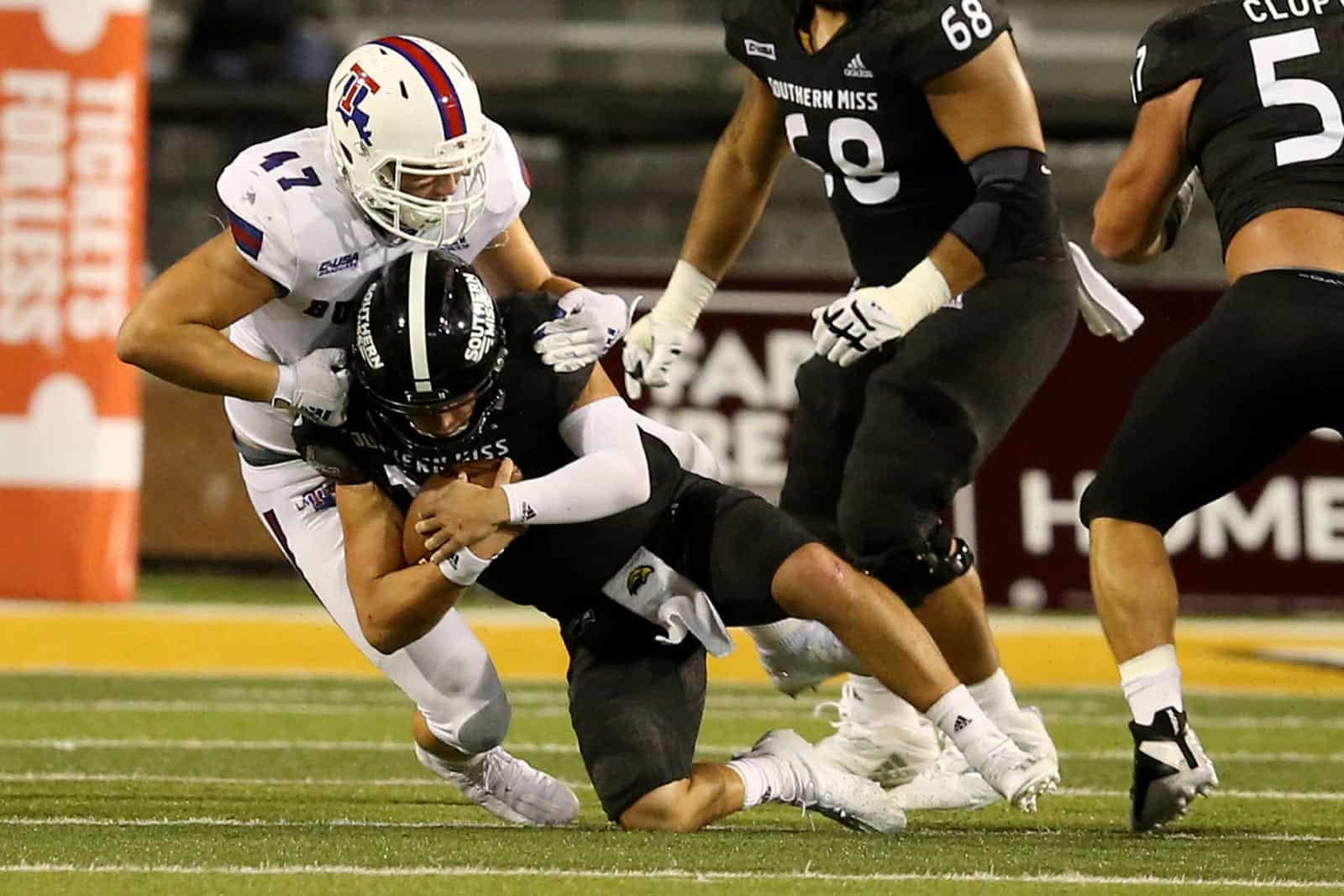 The Louisiana Tech Bulldogs and the Southern Miss Golden Eagles have scheduled a home-and-home football series for the 2025 and 2026 seasons, both schools announced on Thursday.

Louisiana Tech and Southern Miss first met on the gridiron in 1935 in Ruston and the Golden Eagles currently hold a 36-17 advantage in the series. The two schools played every season from 2013 through 2021 when both were members of Conference USA.

Southern Miss departed Conference USA earlier this season and is now a member of the Sun Belt Conference.

Louisiana Tech has tentatively completed their non-conference schedule in 2025 with the addition of Southern Miss. The Bulldogs are scheduled to open the season at home against the Southeastern Louisiana Lions on Aug. 30 and will also visit the LSU Tigers on Sept. 6 and the Tulsa Golden Hurricane on Sept. 27.

The Bulldogs’ 2026 non-conference slate also includes a home contest against the Louisiana Ragin’ Cajuns on Sept. 26.

Louisiana Tech is the second scheduled non-conference opponent for Southern Miss in 2025 and the third in 2026. The Golden Eagles are scheduled to open the 2025 season at home in Hattiesburg against the Mississippi State Bulldogs on Aug. 30.

In 2026, the Golden Eagles are scheduled to travel to take on the Auburn Tigers on Sept. 12 and the Tulane Green Wave on Sept. 26.