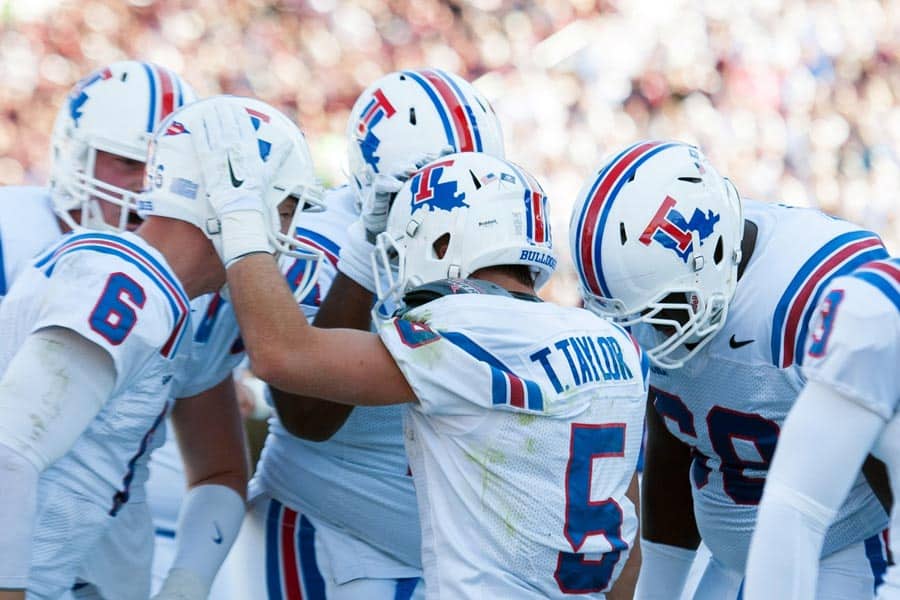 The Louisiana Tech Bulldogs have completed their 2016 non-conference football schedule, the school announced on Friday.

Louisiana Tech opens the 2016 season at the Arkansas Razorbacks on Sept. 3. LA Tech and Arkansas have met three times on the gridiron, but not since a 1997 matchup in Little Rock. The Bulldogs trail in the overall series 0-3.

The following week on Sept. 10, Louisiana Tech hosts the South Carolina State Bulldogs in their home opener at Joe Aillet Stadium in Ruston. The two schools’ first and only meeting came back in 1982 in a Division I-AA quarterfinal playoff game. Tech won that contest 38-3.

Louisiana Tech hits the road again on Sept. 17 to take on the Texas Tech Red Raiders. The Bulldogs and Red Raiders haven’t met since a 40-10 TTU win back in 1933 in Lubbock.

The final non-conference game of the 2016 season for Louisiana Tech is at UMass on Oct. 15 (at Gillette Stadium). The game will be the first ever meeting between the two schools on the gridiron.

Coastal Carolina appears to be in need of a game against FBS program. The same for Eastern Illinois, SUNY-Albany, Ark-Pine Bluff, and Bucknell. And most of the NEC might want a chance at a payday game with FBS program.

The NEC is non-scholarship so they don’t count toward bowl eligibility. It’s not unheard of but it’s very rare for FBS teams to schedule them. I’m not sure on Bucknell having enough scholarships to count, either.

The NEC has scholarships, but not all schools provide enough. Same with some MEAC schools. But, there’s creative accounting to get around it. Google “Wagner exception vs. Syracuse.”

Interesting to see Montana and Sam Houston State are the only full scholarship FCS programs which elected to not play a payday game against a FBS program in 2016.

Will these be the last four games for the 2016 season to be announced?

Maverick,
I truly do believe you loose sleep over the SEC west scheduling.

UCF already has TWO P5 programs on their schedule. It’s a rebuilding year for UCF (along with a coaching change). Best if UCF adds a weaker FCS program to their schedule. Maybe SUNY-Albany or Ark-PB would be best for UCF.

And Army gets TWO!

UCF opens vs. South Carolina State. We missed that announcement from last year.

Mercer Univ playing the Crimson Tide! Tickets for this match must be going fast. Better buy a year ahead.