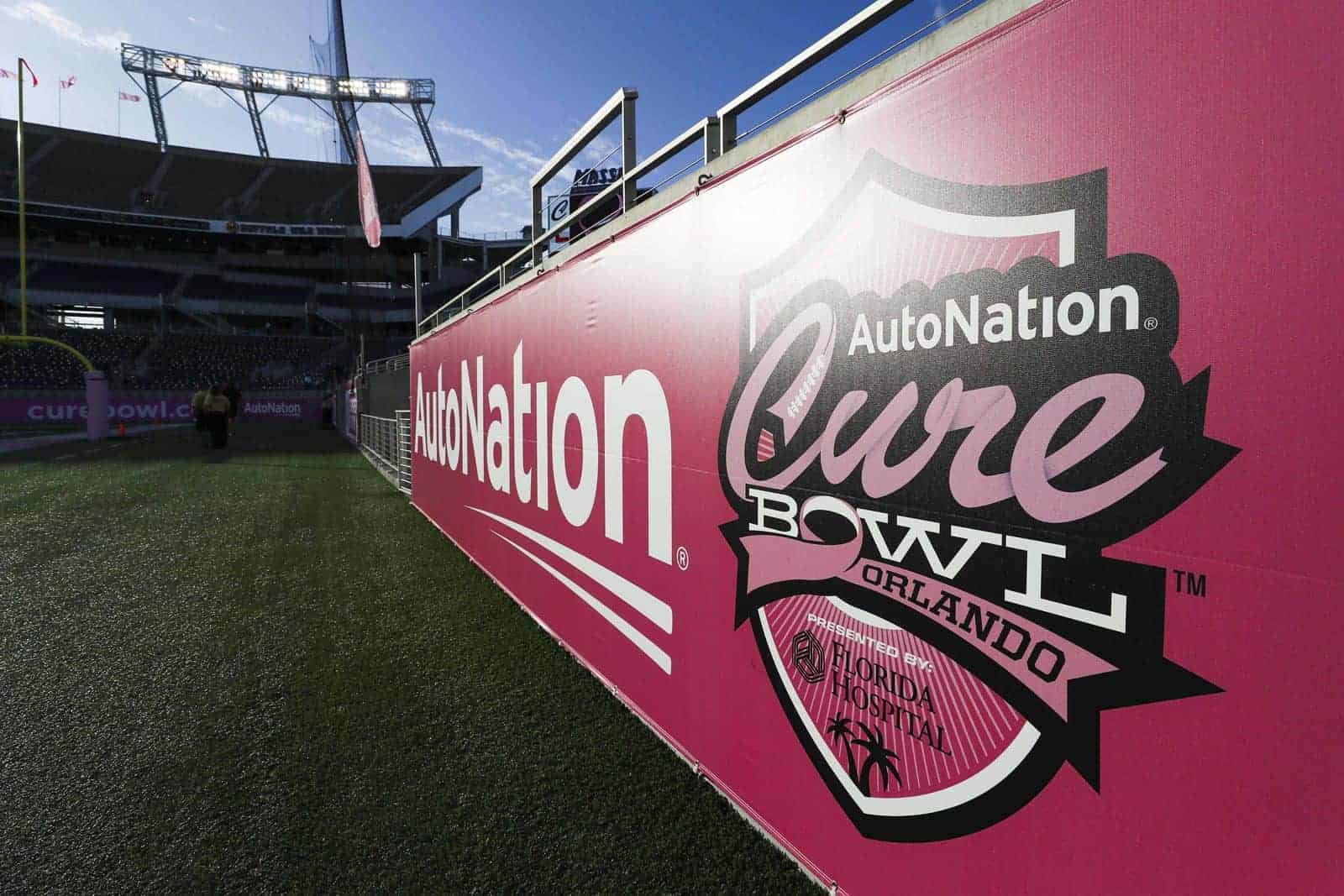 The Liberty Flames have officially moved up to the Football Bowl Subdivision (FBS) for the 2018 season and will play as an Independent.

On Thursday, Liberty announced that they have signed a two-year agreement with the AutoNation Cure Bowl for the 2018 and 2019 football seasons.

The AutoNation Cure Bowl is played between teams from the Sun Belt Conference and the American Athletic Conference at Camping World Stadium in Orlando, Florida. This season’s game is scheduled for Saturday, Dec. 15.

The agreement is a “secondary agreement,” which means that Liberty can secure an invitation to the Cure Bowl if either conference does not have enough deserving teams (six-win teams). The Flames could be considered over five-win teams.

According to the release, “the NCAA bylaws do have provisions for the Flames to qualify for a bowl game in 2018 provided Liberty has successfully transitioned to year two of its FBS transitional status and is a deserving team.”

A possible slot for Liberty in the Cure Bowl will, of course, come down to how the Flames perform in 2018 and 2019. Another factor against them in 2018 is that Liberty is scheduled to play two Football Championship Subdivision teams (Norfolk State and Idaho State), and only one win can count towards bowl eligibility.

Liberty pats itself on the back, knowing it will not be going bowling

While I think Liberty did the right thing securing itself a bowl tie-in. However there are too many bowls! 43 in 2019-20 is about 15-20 too many! I like the concept of the Cure Bowl trying to raise money for breast cancer research, but I suggest they play in the game in October during breast cancer awareness month as a neutral site regular season game. If two ACC, SEC, or American teams played either a conference or non-conference game I think they would get a bigger crowd and hence more money for research

Bowl games are not about drawing crowds. They are about TV money and they make a ton of it. Until that dries up, you won’t see bowl games go away.

The number of bowl games is not something that causes me to lose sleep. They have never been too many or too few for me. They are bonus games that come on television and I either watch them if I am interested or don’t watch if I’m not. Why some people agonize over the number of bowl games is beyond me. It makes no sense to worry about such things.

About the article, these sorts of contracts are interesting to me. There has to be a connection, I would think, between the University and the bowl game that isn’t clear through this article. I wonder if the person over the bowl went to Liberty or what the connection actually is?

I hope that Liberty will have a backup agreement with another bowl in case both the American and the Sun Belt can provide teams. I now wonder if UMass or New Mexico State can secure similar deals somewhere

Liberty can’t even play in a bowl game for the 2018 season. This is their first year of the two-year transition to FBS and the article states “the NCAA bylaws do have provisions for the Flames to qualify for a bowl game in 2018 provided Liberty has successfully transitioned to year TWO of its FBS transitional status and is a deserving team.”…because this is year ONE for Liberty, the provision doesn’t apply for 2018…their statement on the topic is somewhat contradictory.

First I have always thought there were too many bowl games, and there is a proposal to go from 40 to 43 games in 2020. First I kind of like the “backup” agreement, although really why is an agreement needed here at all, with 40 games the odds of a team being eligible and not getting a game are really small.