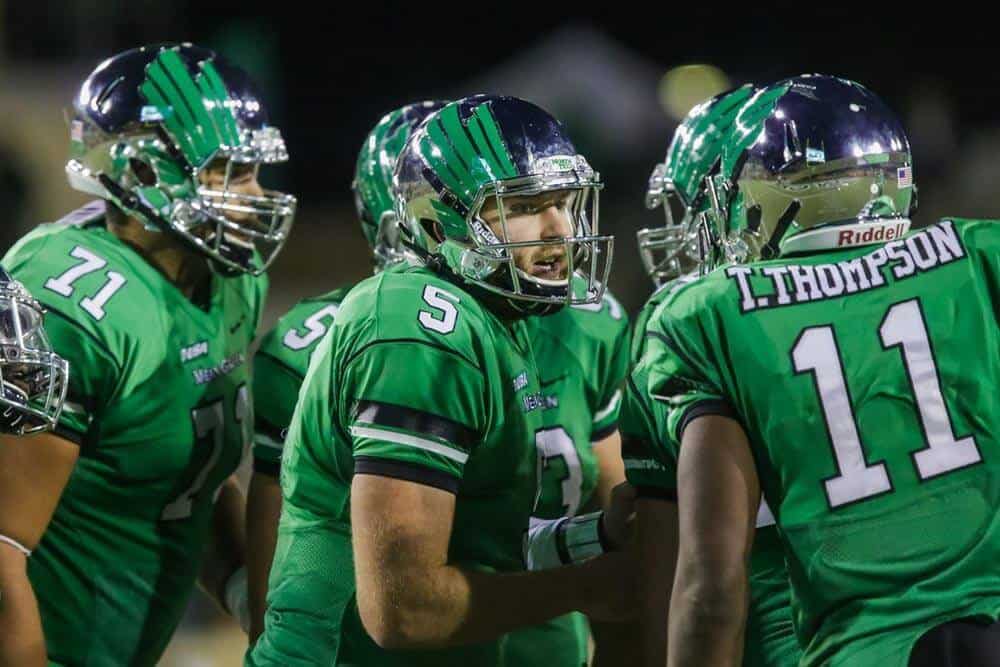 The Liberty Flames and the North Texas Mean Green have scheduled a home-and-home football series for 2018 and 2021, per a report by A Sea of Red.

In the first game of the series, Liberty will host North Texas at Williams Stadium in Lynchburg on Sept. 22, 2018. The Flames will then travel to face the Mean Green three seasons later at Apogee Stadium in Denton on Oct. 9, 2021.

Liberty is currently transitioning from the FCS and will move up to the FBS as an Independent beginning with the 2018 season. North Texas is their first announced FBS home game for 2018, and they are required to play three in 2018 and four five in 2019 onward.

*Note: One of the five home games can be played against an FCS team provided that team has averaged 90 percent of the permissible maximum number of grants-in-aid per year in football over a rolling two-year period.

The Flames have two other games announced for 2018: at Wake Forest on Sept. 8 and at New Mexico on Sept. 29.

North Texas was previously scheduled to play Army on Sept. 8, 2018 in West Point and on Sept. 14, 2019 in Denton as part of an eight-game series agreed to back in 2009. However, both of those games have been canceled.

Liberty says they have to play three FBS home in 2018 and five in 2019 forward. In 2019 forward, one of the five can be FCS provided the FCS school meets the 90% scholarship requirement.

If the transition rule says that Liberty needs three FBS home games, why are you asking if they can be FCS?

My understanding is, per the transition rule, if Liberty needs three FBS home games (which they now have one vs North Texas), the other games must consist of six (or seven) FBS games which all can be on the road (two scheduled as of now – @WF & @NM) and one or two FCS games (which of course would likely will be at home).

So if the above is true, Liberty needs two more FBS home games, four (or five) more FBS road games and two (or one) FCS game?

Couldn’t find anything in the NCAA rules about the three home game issue.

And now with the 2018/2021 Army-North Texas series cancelled, [email protected] is a possibility.

Thank you for checking Kevin Kelley.