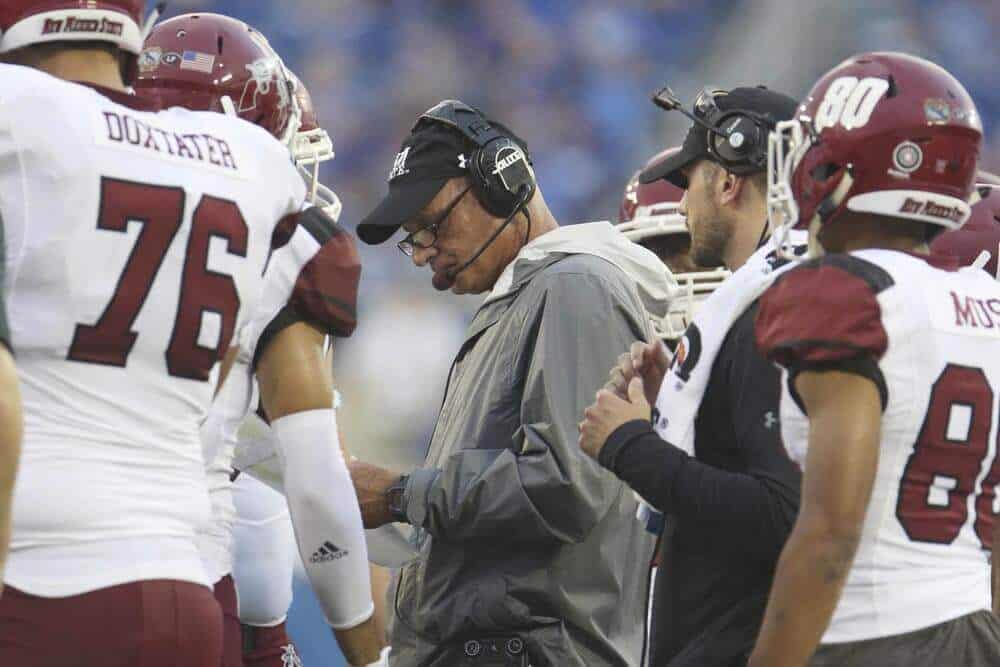 The Liberty Flames and the New Mexico State Aggies have scheduled an in-season, home-and-home football series for both the 2018 and 2019 seasons.

Both teams will be FBS Independents beginning in 2018. New Mexico State is leaving the Sun Belt Conference (involuntarily), and Liberty is moving up to the FBS from the Football Championship Subdivision (FCS).

In the first leg of the series, New Mexico State will host Liberty at Aggie Memorial Stadium in Las Cruces on Oct. 6, 2018. The Aggies will then travel to take on the Flames at Williams Stadium in Lynchburg, Virginia on Nov. 24, 2018.

“We are very excited about having Liberty on our future schedule,” Aggie head coach Doug Martin said. “Having competed against Turner Gill when we were both head coaches in the MAC, I can assure you they will be a very well coached opponent and these four games will be very exciting.”

Is this even legal? I remember NMSU tried to do this with Idaho a few years ago, but they weren’t allowed to.

No, Idaho and NMSU each found enough 2010 opponents that it was not needed.

No rule that says you can’t.

Twice in one season is a joke.

Now that is a home n home schedule if I ever saw one.

These newly independent programs were in need of a game in 2018. It is 2017 already so give them a break. And with Liberty not bowl eligible you shouldn’t even care.

Save your judgment to all the major programs scheduling purposely inferior OOC schedules so they have a shot at low tier bowl game.

With that said, once the Big12 gets themselves up to 12 programs (adding BYU?) I’d like to see the FCS broken in half. With ACC+P12+SEC+B12(w/ BYU)+B1G+ND forming one “tier league” and the rest of the FCS is in another. And then the upper tier can only schedule TWO (2) OOC games with the lower tier (with only one a FBS program). If the B12 in unwilling to get themselves up to twelve, then they can suffer the consequences.

u are right doug

i would like to see the bowl system leave for