Liberty Flames agree to a multi-year deal with ESPN 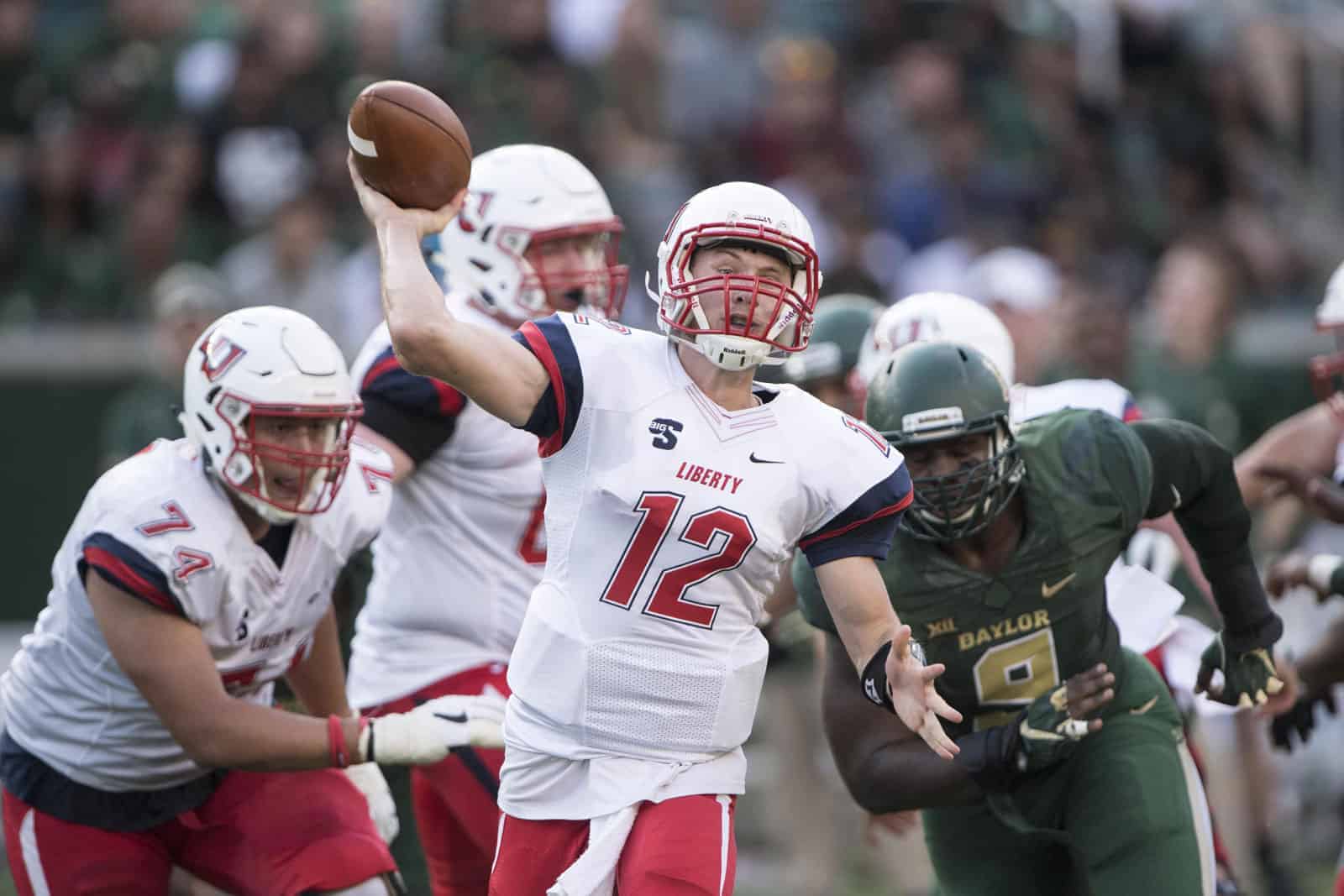 The Liberty Flames have signed a multi-year agreement with ESPN for football media rights, the school announced on Monday.

“We are excited to extend our agreement with ESPN as our football program ascends into the Football Bowl Subdivision,” said Director of Athletics, Ian McCaw. “This relationship will afford Flames Nation an opportunity to follow Liberty football throughout the nation on ESPN platforms.”

According to the release, the agreement also provides ESPN with the ability to air any of Liberty’s home football games on ESPN, ESPN2, or ESPNU should they choose to do so.

The 2018 season will be Liberty’s first season as an FBS Independent. The Flames previously competed in the Big South Conference in the Football Championship Subdivision (FCS).

Earlier this year, the Flames signed an agreement with the Cure Bowl for the 2018 and 2019 seasons.

The best part about this agreement? All games will be on ESPN3 and for that,thank you Liberty Football.

Liberty should be paying ESPN

I would think Liberty is paying ESPN for this agreement…they have the money to do so.

Liberty has some games against ACC opponents in the future, now ESPN can air those games on a network, especially if say Va Tech is having a top 10 season when they play at Liberty at the end of 2022. Also if this goes how Liberty hopes it does it will be worth ESPN’s while to put them on the air. Personally, I say 5 to 6 wins this year.

If you’re an FBS indy and you’re not Notre Dame, BYU or a service academy, get whatever national deal you can get. Liberty got one. Let’s see how often Liberty gets on ESPN’s linear stations.