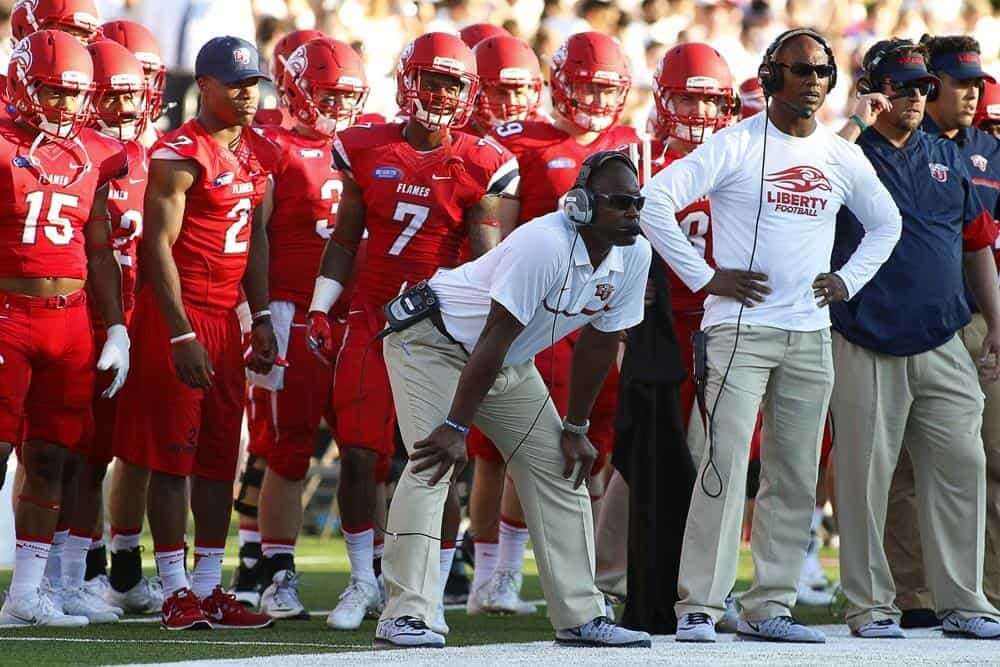 The Liberty Flames have completed their 2019 football schedule with the addition of three opponents, the school announced on Wednesday.

Liberty will play a home-and-home series with the UL Lafayette Ragin’s Cajuns beginning on Sept. 7, 2019 at Cajun Field. The Flames will host the second and final game of the series on Nov. 20, 2021 at Williams Stadium in Lynchburg.

The other two opponents that round out Liberty’s 2019 football schedule are from the Football Championship Subdivision (FCS). Liberty will host Hampton on Sept. 21, 2019 and Maine on Oct. 19. FBS teams are allowed to schedule more than one FCS team, but only one win would count towards bowl eligibility.

The remainder of Liberty’s 2019 football schedule was previously announced. The Flames will open the season at home against the Syracuse Orange on Aug. 31.

So they play NMSU home and away in 2019?? Didn’t think that was permissible in the same season unless the 2nd game was a conference title game, a bowl game, or a national college football playoff matchup?

Yes, they are and there’s no rule against it.

Do play the same team twice is a season, they are playing them twice in 2018. Bad form Liberty, there must to someone else you can play.

isn’t NMSU about to become independent too?

It was probably the case that Liberty couldn’t find a fifth FBS school that was willing to play them at Williams Stadium with them scheduling only two years in advance. I don’t know if they could even get a seventh FBS school willing to have Liberty travel to their place to play them. Liberty does have the advantage of having six home games whether then the five minimum that the NCAA requires. The disadvantage is that only one win against an FCS school counts towards going to a bowl game, should Liberty be strong enough in 2019 to contend for a bowl game in their first year of bowl eligibility

Liberty made both the 2018 and 2019 schedules from scratch since February following their approval. It doesn’t look like they plan to do this again past 2019.