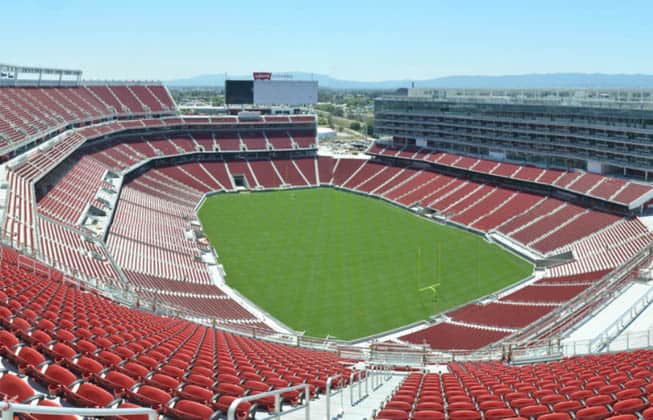 The first Pac-12 Football Championship Game at Levi’s Stadium is scheduled for Friday, December 5, 2014 and will be televised nationally by FOX.

“Pac-12 football is among the deepest and best football conferences in the country,” said Scott. “Our Football Championship Game is important for selecting a team for the Rose Bowl and possibly the College Football Playoff, and we are thrilled to offer student-athletes and their fans the ultimate venue to culminate a successful season.

“This is a positive move for our institutions and fan bases,” said Scott. The neutral site location will allow us to showcase the Conference, our member institutions and important initiatives on a big stage, as well as treat fans to multiple events during championship week.”

Tickets for the 2014 Pac-12 Football Championship Game go on sale to the general public beginning on May 23 at 1pm ET at Pac-12.com/tickets.

The Pac-12 began playing a football championship game in 2011 at the home stadium of the team with the best conference record. Oregon hosted the inaugural title game in 2011, followed by Stanford in 2012 and Arizona State in 2013.

Is it really a neutral site when it’s clearly within the North division area and hundreds of miles away from the nearest South division member campus?