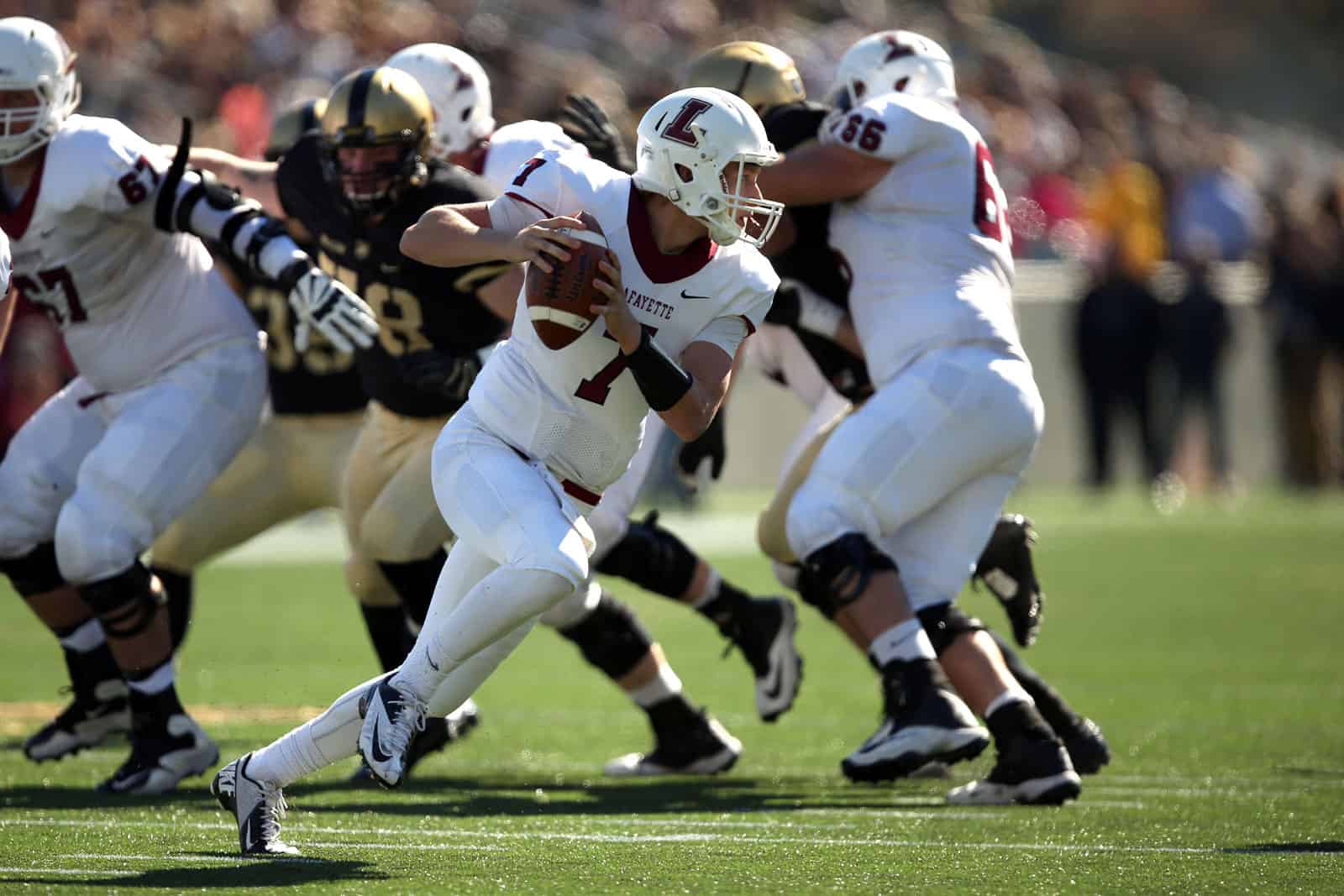 The Lafayette Leopards have set their football schedule through the 2021 season, as indicated in their 2018 football media guide.

Lafayette’s future schedules reveal the addition of six non-conference opponents, including a game at Air Force on Sept. 4, 2021. Lafayette and Air Force have never met on the gridiron.

Lafayette will face the William & Mary Tribe each season from 2019 through 2021. The two schools previously played a four-game home-and-home series from 2012 through 2015, with William & Mary coming out on top in three of those contests.

The Monmouth Hawks will travel to Easton to take on Lafayette on Sept. 14, 2019 and then again two seasons later on Sept. 18, 2021. The two schools are scheduled to meet this season on Sept. 15 and the series is tied at one game apiece.

Sacred Heart will visit Fisher Stadium on Oct. 5, 2019 and then Lafayette will travel to take on SHU at Campus Field in Fairfield, Connecticut on Sept. 5, 2020.

The sixth and final opponent added to Lafayette’s future schedules is the Harvard Crimson. Lafayette will host Harvard on Oct. 17, 2020 and will travel to face the Crimson at Harvard Stadium in Boston on Oct. 16, 2021.

Loving the FCS coverage Kevin!! Thank you and your writers for adding it to the site!

Yes, thank you for adding the FCS coverage.

An astute observation noting that Harvard Stadium is, in fact, in Boston and not in Cambridge. Well played, sir.
The FCS coverage is a fantastic addition.

Only knew that thanks to Wikipedia.