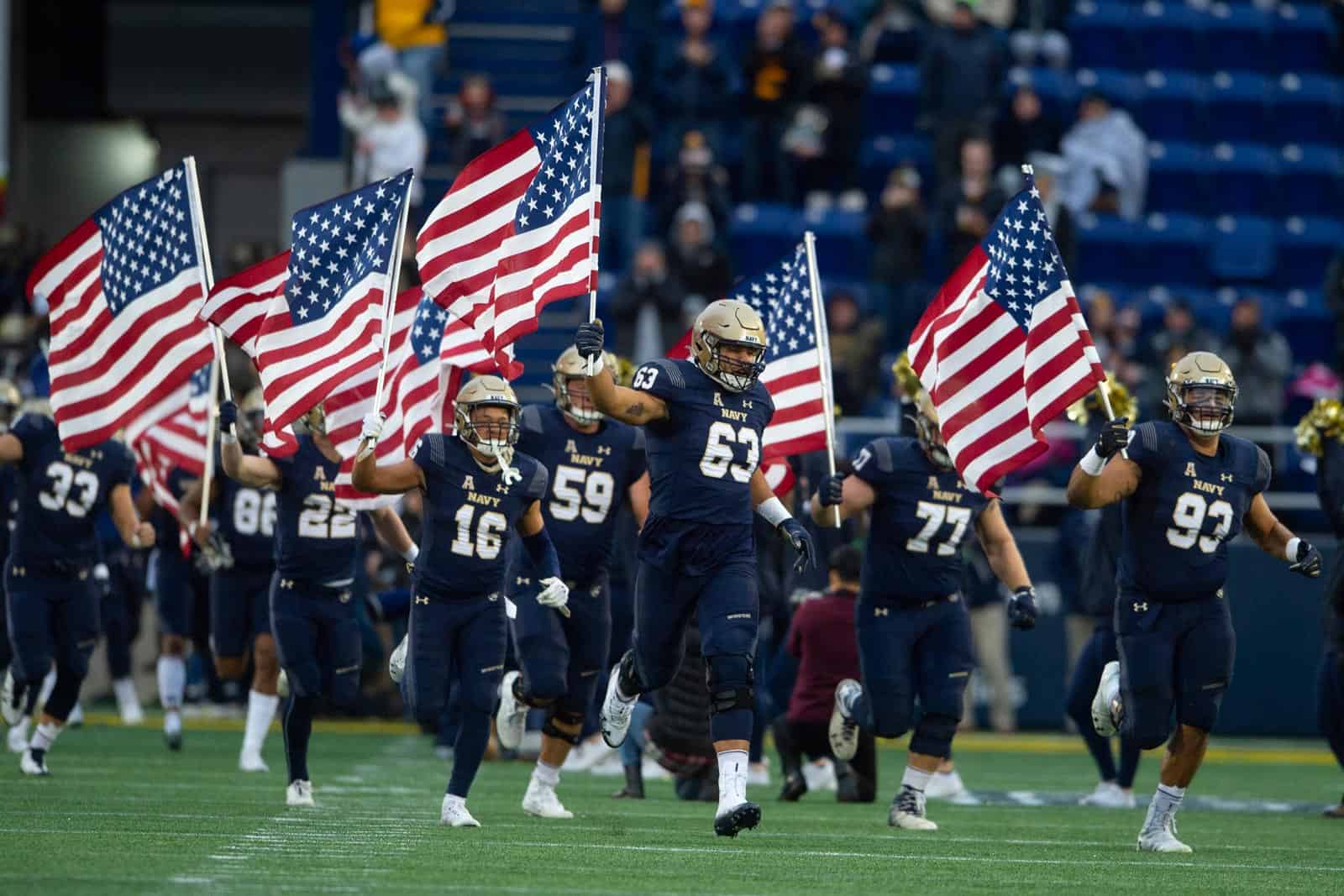 The Lafayette Leopards have canceled their 2020 football game at the Navy Midshipmen, the Naval Academy Athletic Association announced on Friday.

Lafayette, a member of the Patriot League in the Football Championship Subdivision (FCS), was scheduled to take on Navy at Navy-Marine Corps Memorial Stadium in Annapolis, Md., on Saturday, Sept. 12. The game was canceled due to the ongoing coronavirus 2019 (COVID-19) pandemic.

Per Navy’s release, Lafayette will not be able to “…bring back its football team to campus with enough time to meet medical advisory guidelines established by the FBS (Football Bowl Subdivision).

Navy further advised that they will seek a replacement opponent for their new opening on Sept. 12.

Navy and Lafayette first met on the gridiron 129 years ago in 1891. In their most recent matchup in 1994, Navy defeated Lafayette 7-0 in Annapolis to extend their overall lead in the series to 8-4.

The Midshipmen were scheduled to open the 2020 season in Week Zero on Saturday, Aug. 29 against the Notre Dame Fighting Irish at Aviva Stadium in Dublin, Ireland. Due to COVID-19, the contest was relocated to Navy-Marine Corps Memorial Stadium and pushed back one week to Saturday, Sept. 5.

Lafayette issued a release on Friday confirming the cancellation of the Navy contest. The Leopards have also canceled their game at the Sacred Heart Pioneers on Sept. 5.

“As we move closer to our return to campus, our primary focus continues to be the health and safety of our student-athletes, coaches and supporting staff,” said Lafayette Director of Athletics Sherryta Freeman.

“The Patriot League Council of Presidents’ guidance has determined that our student-athletes will return to our College Hill campus at the same time as all students. That, along with our adherence to the NCAA’s Core Principles of Resocialization of Collegiate Sport, requires us to delay the start of our fall sports seasons,” Freeman added.

Wish we lived in a world where Navy would have said, “That’s O.K., we’ll play this game at Lafayette.”

Wish we lived in a world where the COVID 19 virus did not exist. I suspect this the first game of many to be canceled.

Oldguytalking- nothing to do with the locaiton of the game or Navy’s reluctance to play anyone or anywhere. The issue is NCCA requires 6 weeks of practice before a team may play a game. On June 17, the NCAA Division I Council approved a six-week practice plan for football that begins in July and will transition teams from the current voluntary workouts amid the coronavirus pandemic to the typical mandatory meetings and preseason camps to prepare for the 2020 season. In order to meet that mandatory six-week acclimation period in time to play Navy on Sept. 12, Lafayette would need to bring its football players back to campus in late July and begin practice on Aug. 3. Lafayette is apprently unable or unwilling to bring players back to campus for parctice that early. Lafayette said fall sports athletes will begin the six-week, return-to-play timeline when all students begin arriving on campus August 8. Lafayette announced its 2020 football season opener at Sacred Heart Sept. 5 has also been canceled.