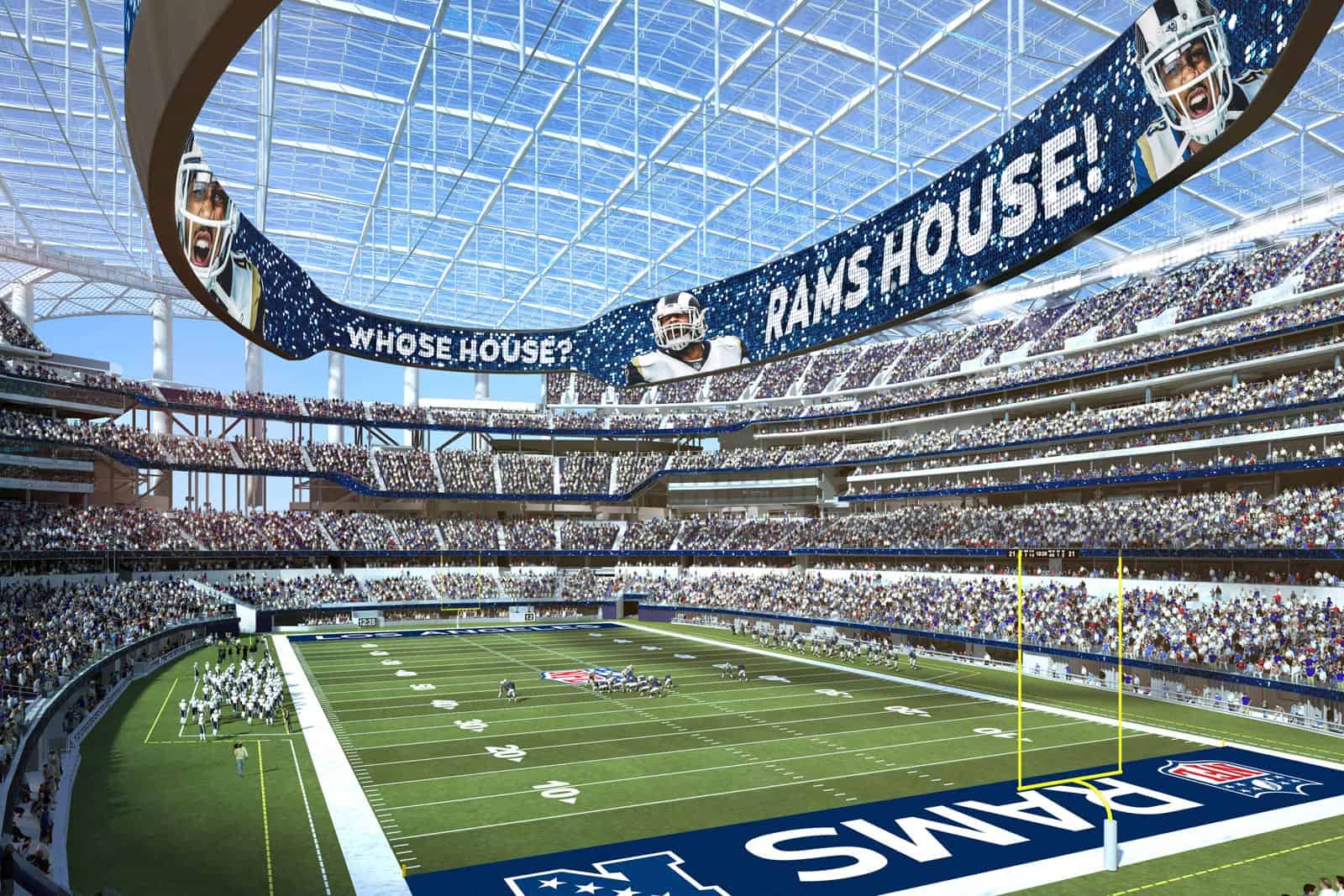 The new LA Bowl at SoFi Stadium has officially been announced, and it will feature a matchup between the Pac-12 and Mountain West.

“Similar to SoFi Stadium, the LA Bowl game is designed to deliver an authentic Southern California experience,” said Jason Gannon, managing director, SoFi Stadium and Hollywood Park. “In addition, our bowl game events throughout the week will embrace Los Angeles as the entertainment capital of the world.”

SoFi Stadium is the new home of the Los Angeles Rams and the Los Angeles Chargers of the NFL. The stadium will have a seating capacity of 70,240 and will be expandable to 100,240 for Super Bowls and other major events.

The new stadium is already scheduled to host Super Bowl LVI in February 2022 and the College Football Playoff National Championship in January 2023.

“We are thrilled to partner with LA Bowl and bring a Pac-12 presence to the new state-of-the-art facility at SoFi Stadium, in one of the biggest markets right in our footprint,” said Pac-12 Commissioner Larry Scott. “The entertainment presence of the new facility will provide great experiences for our student-athletes and fans as the Pac-12 continues its postseason matchup with the Mountain West.”

Logo for the new LA Bowl, which will match Mountain West No. 1 vs. Pac-12 No. 5 at SoFi Stadium. pic.twitter.com/rm5kcyLTiB

“The Mountain West is delighted to partner with the Pac-12 Conference and the outstanding management team assembled at SoFi Stadium and Hollywood Park to launch this exciting new bowl game,” said MW Commissioner Craig Thompson. “Los Angeles is a tremendous market firmly within our footprint that is home to a large number of our member institutions’ alumni and the area from which many of our student-athletes are recruited. This will be a top-flight postseason destination for the No. 1 selection from our Conference.”

The addition of the LA Bowl brings the total number of Football Bowl Subdivision (FBS) bowl games to 42 for the 2020 season, not including the College Football Playoff National Championship. Other new bowls debuting this season include the Fenway Bowl (ACC/Notre Dame vs. American) and the Myrtle Beach Bowl (American/MAC/Sun Belt).

I would have loved for the bowl to feature the MW champ against a rotation between the champs of the American, C-USA, MAC and Sun Belt (or runners-up if a conference champ is selected to the NY6) as a G5 version of the Rose Bowl, matching an Eastern and Western team.

Wow. LA Will get to see Boise State every year. Now there’s a good deal, but for who? Too bad they couldn’t schedule a PAC 12 vs Big Ten. Now THAT would be a great bowl game. Maybe Boise can get 20000 fans to LA every year. The worst case scenario would be USC or UCLA as the PAC 12 rep. No money to be made for the bowl there.

Good luck with all of this unimaginative pairing.