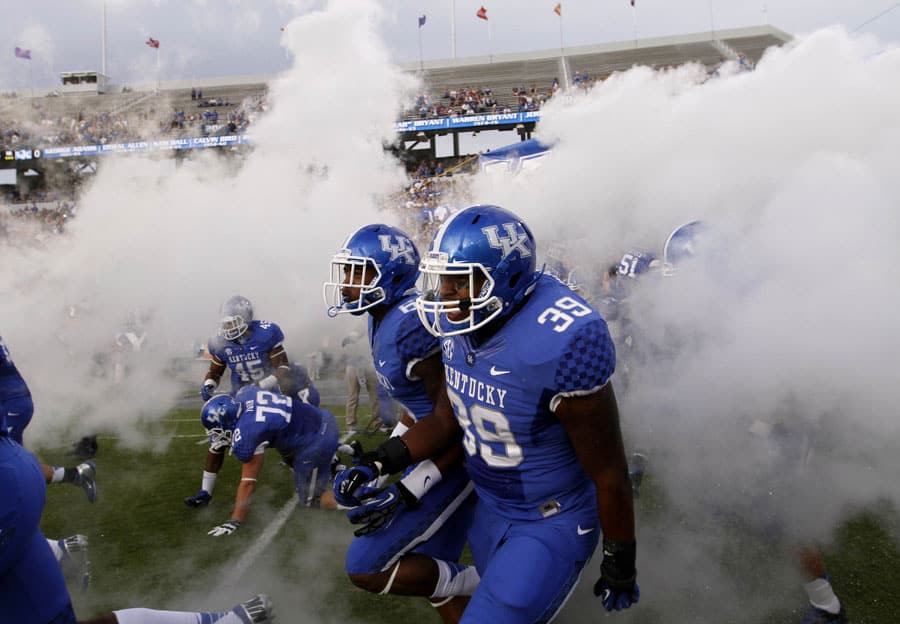 The Kentucky Wildcats and the Eastern Michigan Eagles have scheduled a three-game football series for 2017, 2019, and 2020, FBSchedules.com has learned via an open records request to EMU.

In the first game of the series, Kentucky will host Eastern Michigan at Commonwealth Stadium in Lexington on Sept. 30, 2017. The game will be the first ever meeting between the two schools on the gridiron.

Two seasons later on Sept. 7, 2019, Kentucky will travel to face EMU at Rynearson Stadium in Ypsilanti. The Wildcats will host the third and final game of the series on Sept. 5, 2020.

Kentucky now has three non-conference games scheduled in 2017. The Wildcats open the season at Southern Miss and close the season at home vs. Louisville.

The only other game non-conference game scheduled for Kentucky in 2019 is Louisville at home. Kentucky will likely visit Louisville in 2020 if or when the series is extended.

EMU now has four non-conference games scheduled in 2017 and three each in 2019 and 2020. In 2017, the Eagles are also slated to host Charlotte and travel to both Rutgers and Army.

In 2019, EMU is scheduled to visit Illinois and host San Diego State, while in 2020 the Eagles travel to both Missouri and Army.

Kentucky could’ve scheduled a better team for less money and without a return trip… this one is just a head scratcher.

Pretty meager exibition of scheduling. I don’t know if it’s money or some inside connection in the athletic department, but we now have two more “ho hum” home non-conference games. Plus, we have a potentially tricky trip to a MAC school in Michigan. Not impressed!