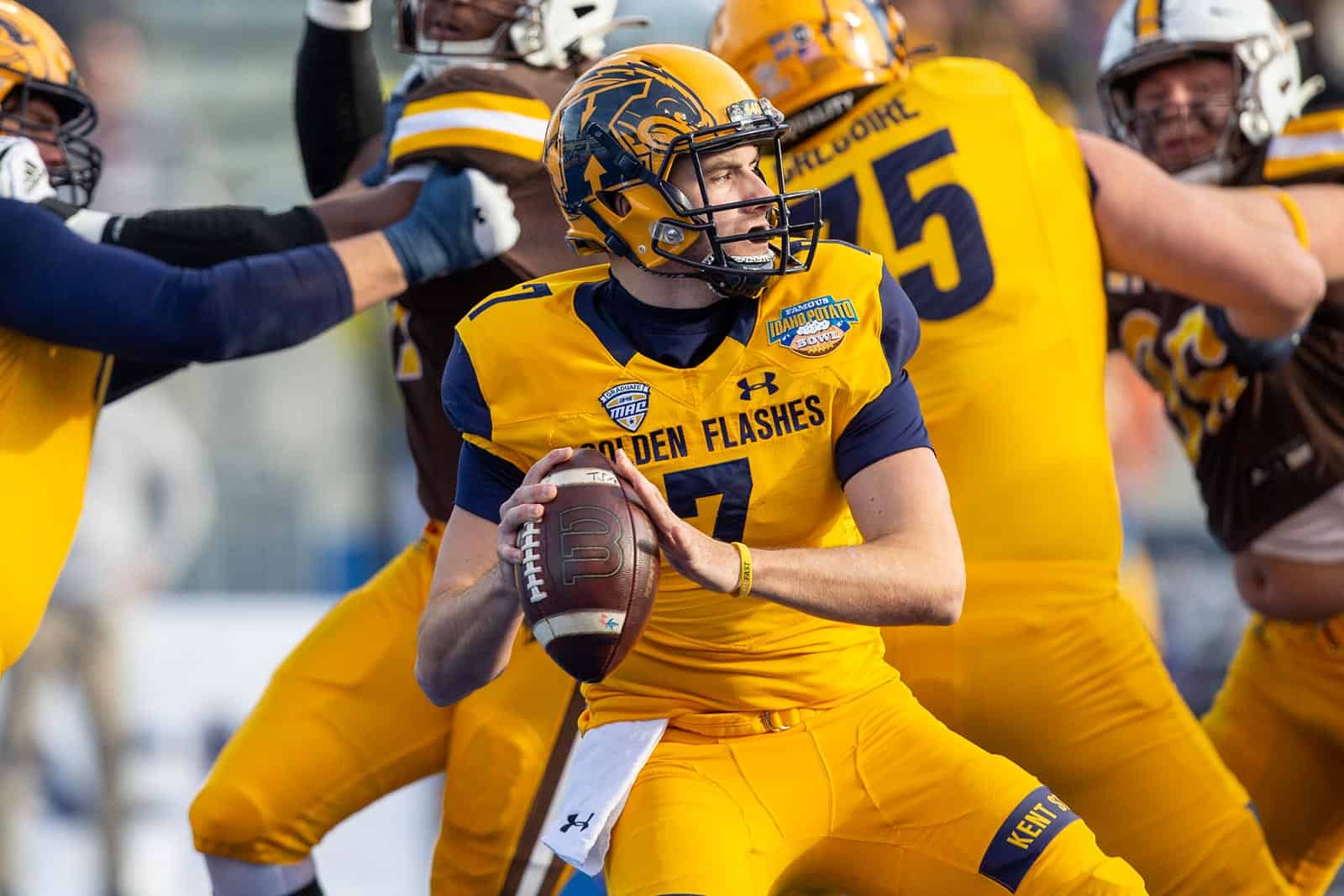 The Kent State Golden Flashes will play at the UCF Knights and will host the Wagner Seahawks in 2023, FBSchedules.com has learned.

Copies of football game contracts with both the University of Central Florida and Wagner College were obtained from Kent State University via a state open records request.

Kent State will travel to take on the UCF Knights at the Bounce House in Orlando, Fla., on Saturday, Sept. 2, 2023. The Golden Flashes will receive a $900,000 guarantee for the contest, according to the copy of the contract.

Kent State and UCF have played two previous home-and-home series in their history for a total of four contests. The Knights won the first two games of the series in 1997 and 2002 before the Golden Flashes evened the series with back-to-back victories in 2003 and 2004.

The Wagner Seahawks will travel to play Kent State at Dix Stadium in Kent, Ohio, on Saturday, Sept. 16, 2023. The Golden Flashes will pay the Seahawks a $325,000 guarantee for playing the game, per the contract copy.

Kent State and Wagner have never squared off on the gridiron. The Seahawks are a member of the Northeast Conference in the Football Championship Subdivision (FCS).

With the addition of UCF and Wagner, Kent State now has three scheduled non-conference opponents in 2023. The Golden Flashes are also scheduled to play at Arkansas on Sept. 9 that season.

UCF now has two scheduled non-conference opponents in 2023. After hosting Kent State on Sept. 2, the Knights are slated to travel to Boise State on Sept. 9. UCF is currently slated to entertain BYU later in the season on Nov. 11 at the Bounce House, but that game will likely not be played or will be a conference game.

The 2023 season will be the first for UCF in the Big 12 Conference.