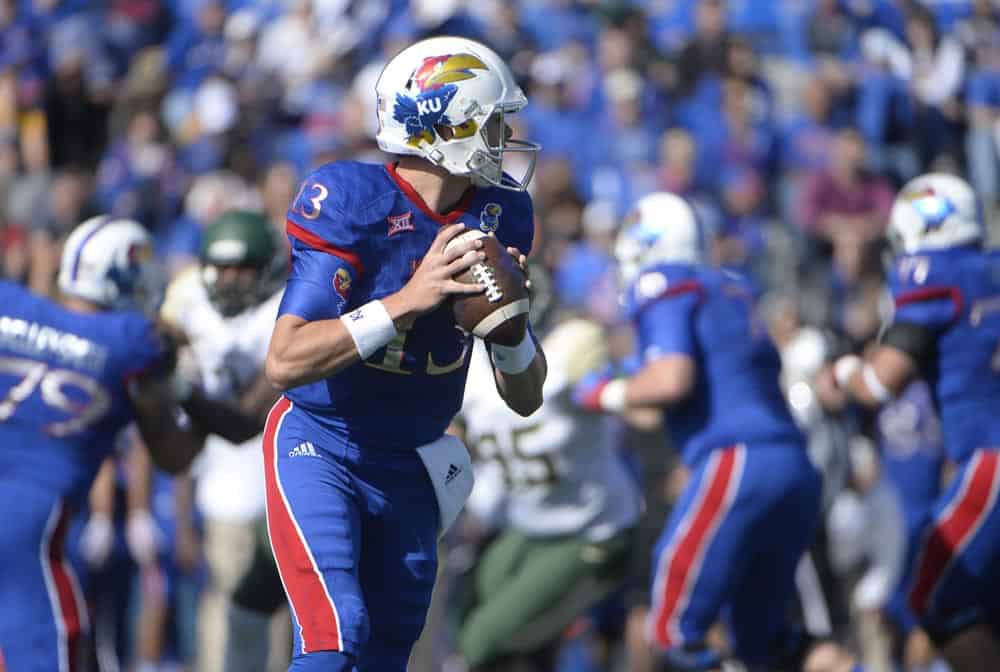 The Kansas Jayhawks and the Washington State Cougars have scheduled a home-and-home football series for 2027 and 2028, FBSchedules.com has learned.

A copy of the game contract was obtained from the University of Kansas via a state open records request.

Kansas and Washington State have met nine times on the gridiron, but not since a 14-12 Kansas win in Lawrence back in 1977. The Jayhawks lead the series 7-2.

The Kansas-Washington games in 2027 and 2028 are the first scheduled non-conference contests for both schools for those seasons.

Kansas is scheduled to open the 2018 season at home against Nicholls on Saturday, Sept. 1. Washington State opens the season on the road at Wyoming, also on Sept. 1.