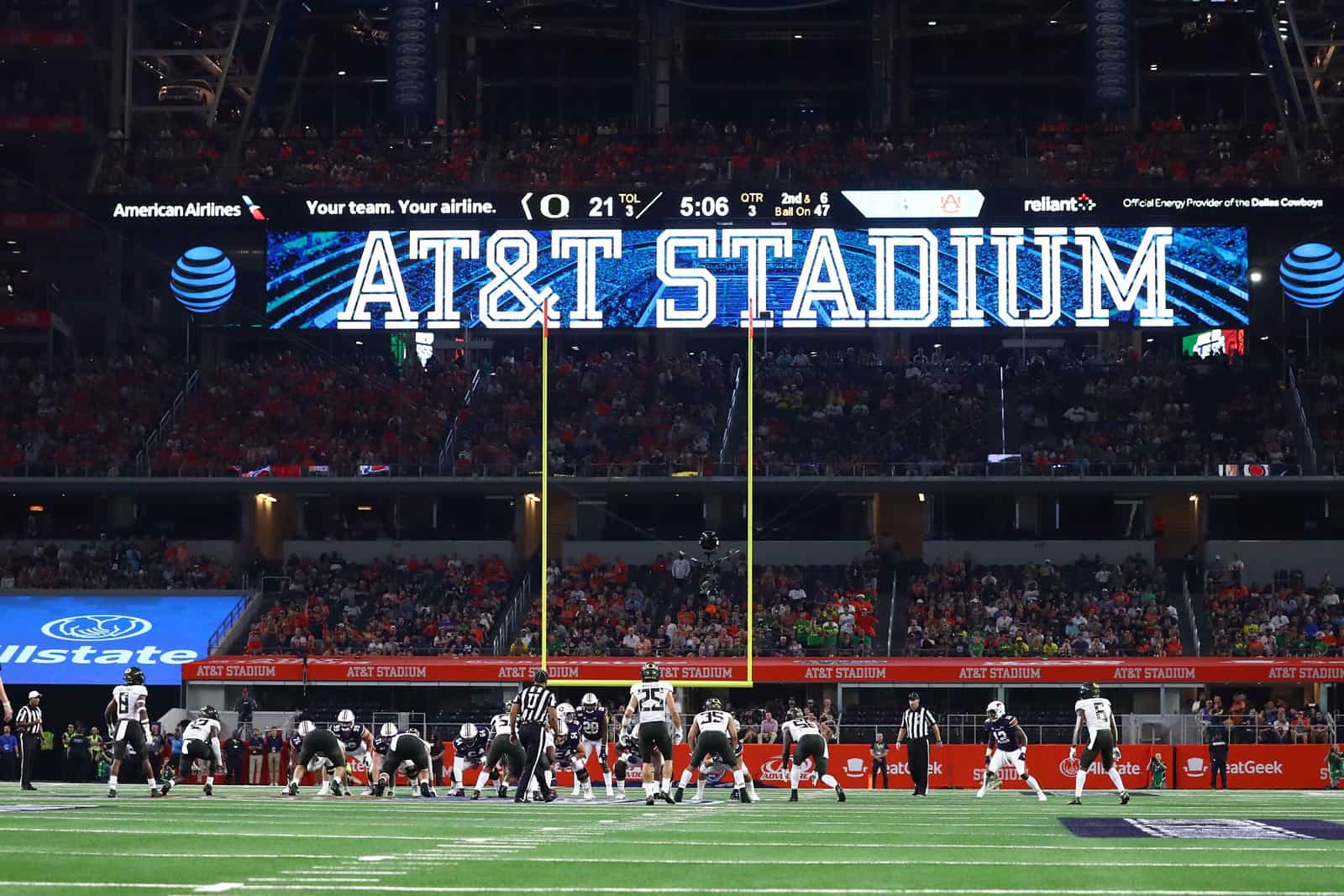 The Kansas State Wildcats and the Stanford Cardinal will play in the 2021 Allstate Kickoff Classic, it was announced on Wednesday.

The game will be played at AT&T Stadium in Arlington, Texas, on Saturday, Sept. 4, 2021. Kansas State was previously scheduled to host Stanford at Bill Snyder Family Football Stadium in Manhattan, Kan., on the same date.

“We were honored when AT&T Stadium contacted us about potentially playing in this prestigious game,” K-State Athletics Director Gene Taylor said. “The idea of taking a home game away from Manhattan and Bill Snyder Family Stadium is a big decision, and as a staff and university, we feel that it is an opportunity that we could not pass up.

“Our student-athletes will have the opportunity to play in one of the world’s finest venues, and Kansas State University and our football program will be in the national spotlight. Our fans have always enjoyed traveling to Arlington, and of course the Dallas/Fort Worth Metroplex is one of our top markets for out of state graduates, and the 7,000-plus alums in the area will have the opportunity to support our team in person.”

The 2021 contest is the second of a home-and-home series between Kansas State and Stanford. In the first game of the series and their only meeting on the gridiron, the Cardinal defeated the Wildcats 26-13 at Stanford Stadium in Stanford, Calif., on Sept. 2, 2016.

“We’re very excited to welcome a terrific new partner in Allstate as the premier sponsor of this iconic game that will kick off the 2021 college football season,” said Stephen Jones, Chief Operating Officer of the Dallas Cowboys. “Here in Texas and across the country, the return of college football each year is a very special time. Because of Allstate’s enthusiastic support and partnership, the Allstate Kickoff Classic will continue to be a yearly must-see event. And given all that has happened in 2020, there can be no question that in 2021 this game will have special significance as together we bring back the great fans, pageantry, history and traditions of college football as we’ve always known it.”

Kansas State and Stanford will be competing in the 12th opening-season kickoff game at AT&T Stadium and the first for both schools. The game was known as the Cowboys Classic from 2009 through 2014 and the AdvoCare Classic from 2015 through 2019.

“We are excited to be able to play a high-profile football game in one of our top recruiting markets,” said Richard B. Myers, president of Kansas State University. “K-State has nearly 15,000 alumni and friends in Texas, with half of those in the Dallas-Fort Worth area. Our fans are familiar with the area and will, no doubt, turn out to support the Wildcats.”

A little clean up:

Sorry, it was the AdvoCare Classic in Arlington.

Interesting venue choice for this matchup. I’m sensing there will be a lot of empty seats.