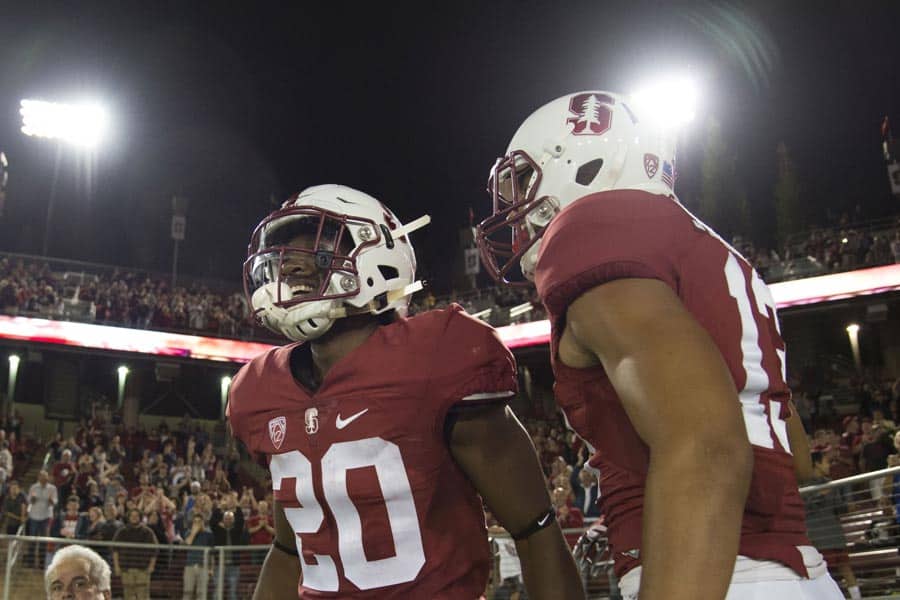 The Kansas State Wildcats and the Stanford Cardinal have scheduled a home-and-home football series for 2016 and 2021, the two schools announced today.

In the first game of the series, Stanford will host Kansas State at Stanford Stadium in Palo Alto, California on Friday, Sept. 2, 2016. The game will be the first meeting between the two schools and the season-opener.

Kansas State will host Stanford to close out the series on Sept. 4, 2021 at Bill Snyder Family Football Stadium in Manhattan.

“We are excited to announce a home-and-home series with Stanford of the Pac-12 Conference,” K-State Athletics Director John Currie said. “With more than 7,500 friends and alumni in the state of California, and our game there next season taking place over Labor Day weekend, this series gives the K-State Nation a great opportunity to again showcase its national reputation as one of America’s top traveling fan bases.”

Stanford has also completed their 2016 slate. The Cardinal are also scheduled to travel to Notre Dame (Oct. 15) and host Rice (Nov. 26).

KSU AD has been saying all along a home game would be scheduled with a G5, as KSU wanted seven home games. And the Wildcat AD reported just before the season they were very close to announcing the opponent. Then this announce.

So if Kansas State can change their scheduling attitude, what’s the deal with Baylor and Oklahoma State?

Kudos to Stanford for the consistently solid OOC schedules.

You are completely right. Having played in two Rose Bowls, served as assistant football coach and senior associate ad at Stanford, ad at Northwestern, and ad (after their death penalty) at SMU, non-conference games are completely a tv opportunity.
This scheduling makes no sense.
Doug

Maybe the Kansas State-Stanford deal was in the works for awhile but Stanford appeared to be scrambling to schedule an additional P5 for 2016.

Besides Miami-FL, KSU was the last P5 available for 2016. I was thinking a Stanford-BC series might happen in 2016, so was surprised when BC went with UConn (and no P5’s on BC OOC schedule).

With Vandy and KSU now on Stanford’s 2021 schedule, that could indicate ND did not want to schedule Stanford that season.

So with the KSU series, Stanford killed two birds with one stone. Only if every major P5 program could get two P5’s on their OOC schedule every season, the world would be a better place ;-)

Stanford 2016 schedule, includes ND as the only P5, with San Diego St and Rice also on the schedule. Stanford still looking for P5 for 2018.

Stanford’s 2024 OOC schedule is crazy with TCU, ND, and Vandy. I suspect that will change, with ND dropping off the schedule, and the annual ND-Stanford game to become only an occasional series.

ND has Stanford and USC road trips in alternating years so they are always in California once a year for recruits. I do not think they will take them off their schedule. As for Stanford, TCU, ND and Vandy is not that much different than Northwestern and ND this year. Maybe three P5 teams in a row is a bit much, but Vandy is traditionally weak, and who knows what TCU and ND will be like nine seasons from now.

Until the SEC plays a 9 game conference schedule, they’re irrelvant… the hardest part of playing Charleston Southern week 11 is convincing the media it’s not a joke when it so clearly is… I love people who say the Pac is down this year, when it’s easily the deepest conference in the country. Having 2 or 3 teams beat everyone else doesn’t make your conference strong, just top heavy. With a 9 game conference slate, that’s a guranteed loss for half the teams. wake up, people