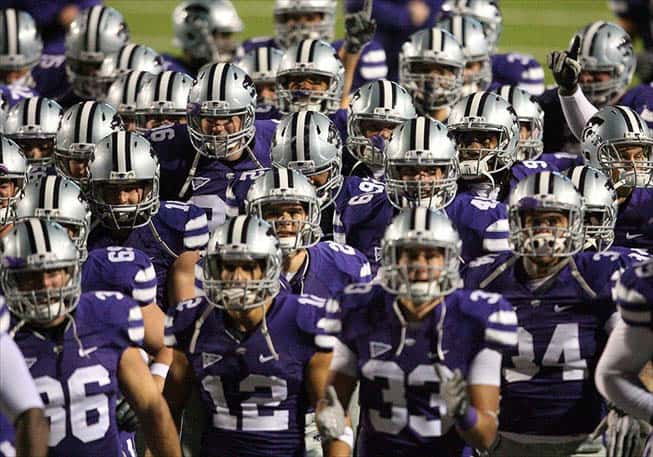 Kansas State has added the UCA Bears to their 2017 football schedule, the Log Cabin Democrat has reported.

K-State will host UCA at Bill Snyder Family Football Stadium in Manhattan on Sept. 2, 2017. The game will be the first ever meeting between the two schools.

The University of Central Arkansas, a member of the Southland Conference in the FCS, has never faced a team from the Big 12. Their athletic director, Dr. Brad Teague, spoke about the future of FBS vs. FCS games:

“There is some talk in NCAA committees about FBS schools eliminating games against FCS schools at some point in the future,” Teague said. “Right now, that’s basically one athletic director in one conference (Big 10). I don’t know what will happen there, but the good thing is we’re pretty much set with future games against FBS teams for the next five years.”

“I think as long as athletic directors and head coaches understand that a win against an FCS opponent counts the same as against an FBS opponent as far as bowl eligibility, they will continue to play FCS teams.”

UCA has contracts to play Colorado in 2013, Texas Tech in 2014, and Oklahoma State in 2015. They are reportedly in discussions with Auburn or Missouri for a game in 2016.

As for Kansas State, this contest continues their pattern of playing a light non-conference schedule under head coach Bill Snyder. UCA is their first scheduled game for the 2017 season.

University of Central Arkansas are the Bears, not the Bearcats.

Looks like Kstate scheduled another “powerhouse” on Non Con Schedule.

Here is a suggestion for those of you who piss and moan every time there is a story about an FBS/FCS matchup.

Read the article from the Log Cabin Democrat Kevin linked at the top of this page and you will learn a lot about why these matchups are necessarily.

And for what it is worth if you check the Sagarin ratings for 2012, you will see that UCA is 94 in the combined FBS/FCS rankings. To put that in perspective; Kentucky was 93 and Maryland was 101. K-State would be getting kudos for playing them.

Ya but when you look at Kstate’s past OOC scheduling they play absolutley no one!!! usually 1 fbs and 2 fcs schools…but rarely you will see a Miami U (2011-2012 they did but that was it)

And ony twice under Snyder, Kstate scheduled a road game in last years OOC. and they rarely play any BCS school in non con.. ya some mid majors but rarely (exception was for UCLA at home and home and home 2 past years with U)

It’s what they get for not winning the Fiesta Bowl.

Sorry I missed this until now – KSU played USC (Southern Cal – home and home) as well as Auburn home and home Auburn in 2014 – seems like these are reasonable non cons – as well as Miami and UCLA – Steven – if you are a U of Miami fan – get better and maybe we’ll play you again…. ACC teams don’t look very tough based on the U’s recent performance – West Virgina seemed to be able to beat ACC teams every year when they played them.