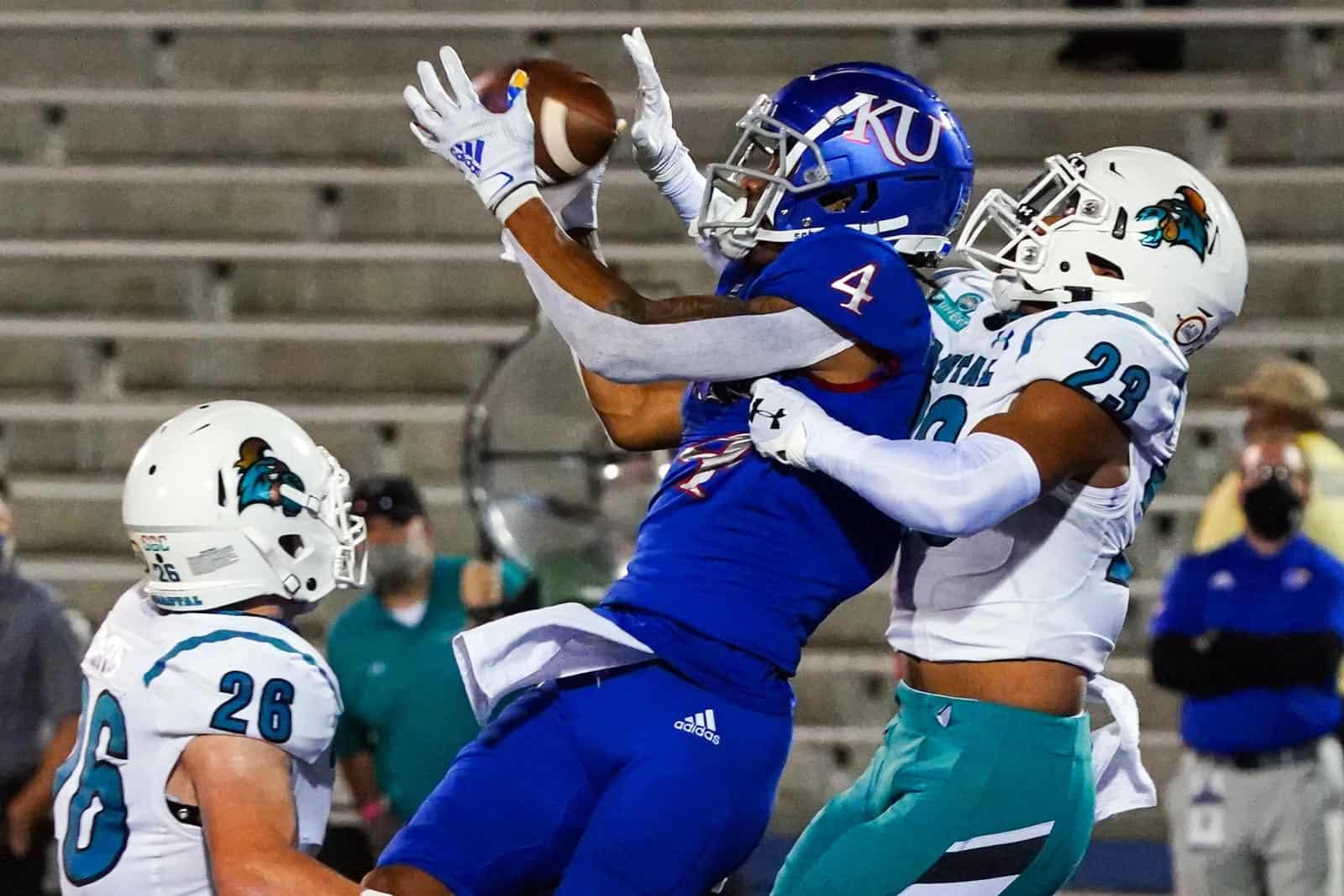 The Kansas Jayhawks’ first two football games of the 2021 season have been moved to Friday nights, the school announced on Thursday.

Kansas’ season-opening contest against the South Dakota Coyotes, originally scheduled for Saturday, Sept. 4, will now be played on Friday, Sept. 3. The game will be streamed live via ESPN+ at 8:00pm ET/7:00pm CT.

The following week, Kansas will travel to take on the Coastal Carolina Chanticleers at Brooks Stadium in Conway, S.C. That game has been moved up one day from Saturday, Sept. 11 to Friday, Sept. 10 and it will be televised by an ESPN network. Kickoff time and the exact television network will be announced late next week.

“It’s going to be a thrill to open up the season under the lights of Memorial Stadium,” Kansas Coach Lance Leipold said. “Since I’ve gotten here, the reception and reaction of our fan base has been nothing short of remarkable. Our fans have shown how eager they are to support this program, and I can’t wait for our team to take the field for the first time together on that Friday night against the University of South Dakota.”

“Kicking off the season and Labor Day weekend on a Friday night is exactly the type of excitement we’re looking to generate as we build this football program,” said Kansas AD Travis Goff. “I know families have plans for Labor Day weekend, and moving this game up a day will allow our fans the opportunity to start their extended weekend at David Booth Kansas Memorial Stadium. This is the first time in nearly two years that we will be able to be near capacity, and we know the Jayhawk Faithful will want to be together in-person once again.”