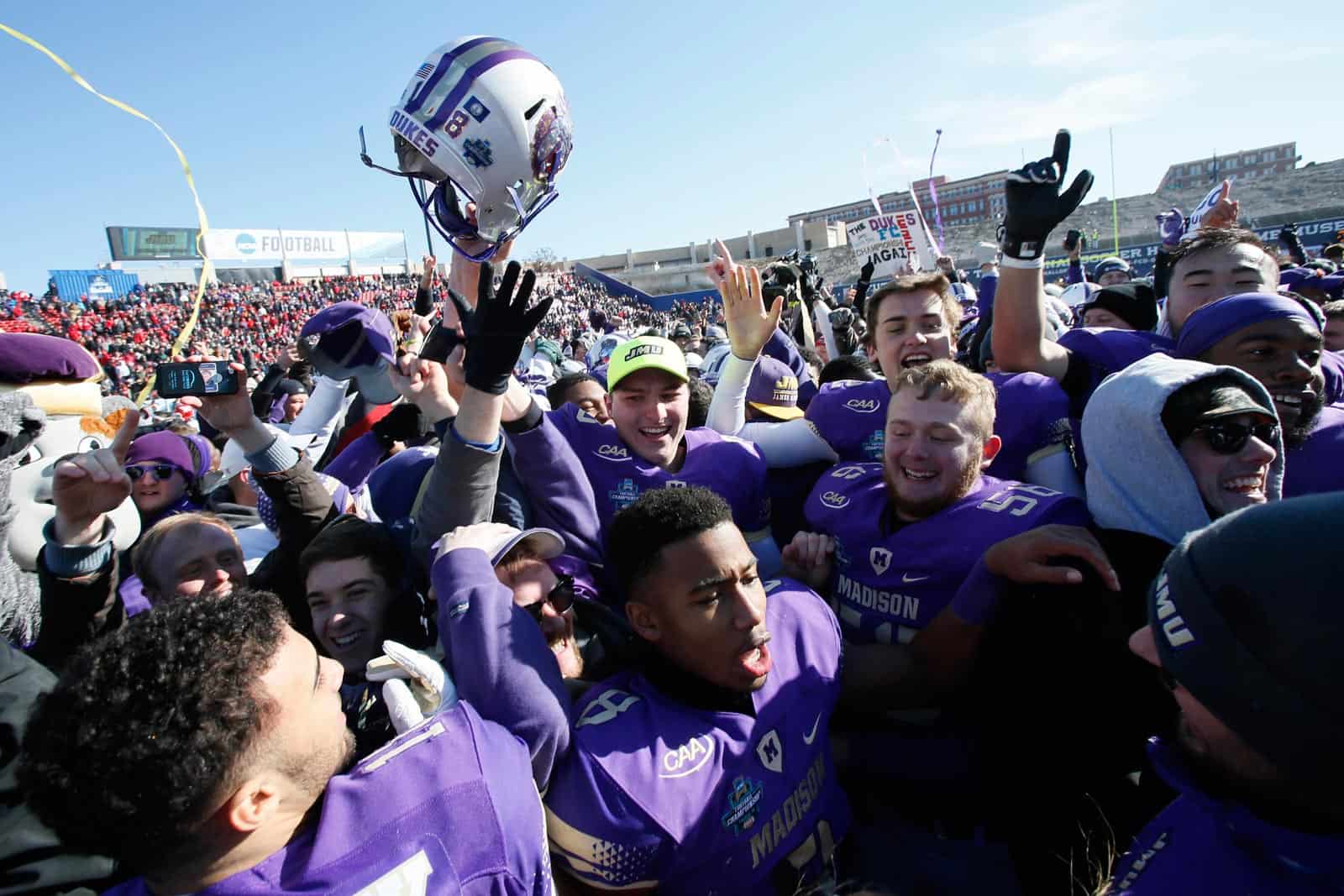 Greg Madia of the Harrisonburg (Va.) Daily News-Record first reported the contest, which is slated for Saturday, Feb. 27, 2021 at Bridgeforth Stadium in Harrisonburg.

The game will mark the second between the Colonial Athletic Association’s Dukes and the Colonials. JMU hammered Robert Morris, 73-7, in that prior contest in 2018. Robert Morris is now part of the Horizon League, and will be joining the Big South Conference in 2021. The Colonials finished last season 7-5 (6-1 Northeast Conference), their final campaign in the circuit.

The Colonial Athletic Association will soon release a six-game league schedule, but will afford members the opportunity to play two non-league tilts.