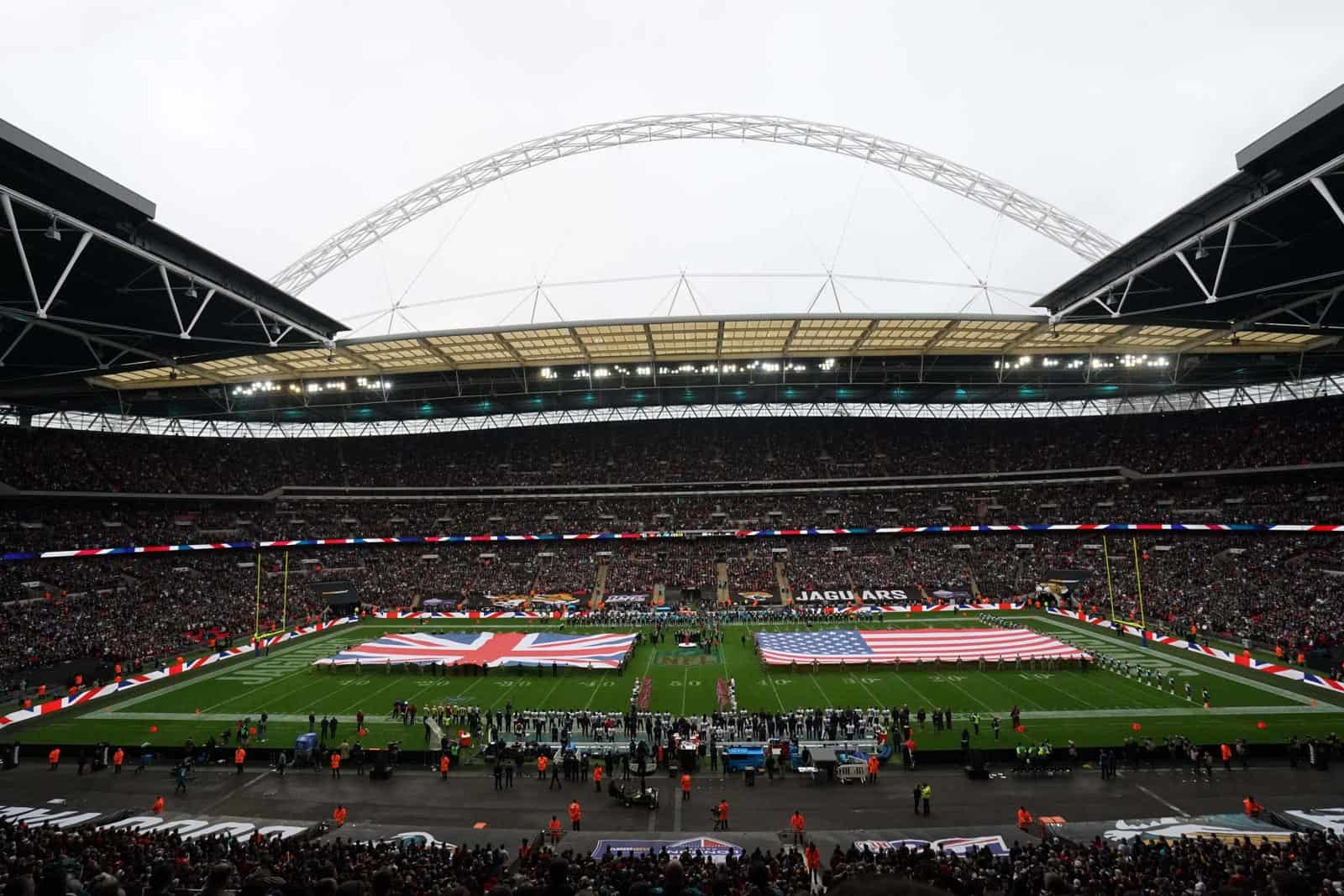 The Jacksonville Jaguars will host two football games at Wembley Stadium in London, England, in 2020, it was announced on Tuesday.

Jacksonville will host the two games on consecutive Sunday’s, which will make them the first franchise to play more than one home game outside of the United States in the same season.

That schedule will also enable the team, and its fans, to stay in London for both games without having to travel back to the United States between games.

“The ability to play two home games, back to back, at Wembley Stadium over this season will further entrench the Jaguars’ popularity in London and throughout the UK during a time when the popularity of the NFL continues to grow rapidly in Europe and elsewhere beyond the United States,” Jacksonville Jaguars owner Shahid Khan said.

The opponents for Jacksonville for the two games at Wembley Stadium in London have not yet been determined. However, the Jaguars did announce that games against the Pittsburgh Steelers and the Chicago Bears will be played at TIAA Bank Field in Jacksonville, Fla.

With those two teams out, possibilities for matchups with Jacksonville in London include the Houston Texans, Indianapolis Colts, Tennessee Titans, Cleveland Browns, Detroit Lions, and Miami Dolphins.

The complete 2020 NFL Schedule will likely be released in mid-to-late April. It’s typically announced the week before the NFL Draft, which is scheduled to begin on Thursday, April 23 in Las Vegas, Nevada.