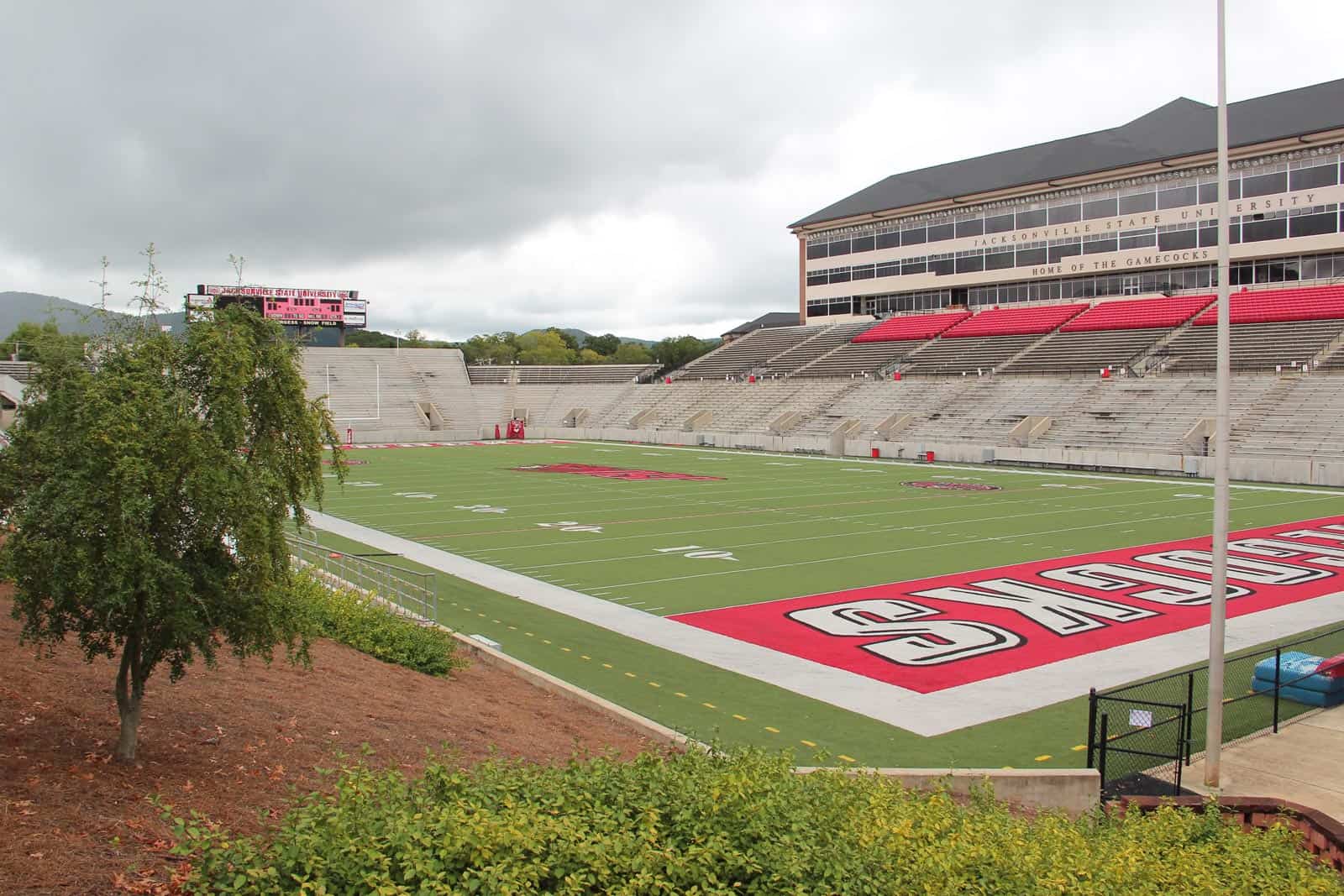 The Jacksonville State Gamecocks have added the Mercer Bears to their 2020 football schedule, the school announced on Monday.

Jacksonville State will host Mercer at Burgess-Snow Field at JSU Stadium in Jacksonville, Ala., on Saturday, Oct. 10. The game will mark the first meeting between the Gamecocks and Bears on the gridiron.

The Gamecocks also mirrored a previous announcement from North Alabama that their contest in 2020 has been rescheduled from Sept. 12 to Oct. 17. The game will be played at North Alabama’s Braly Municipal Stadium in Florence, Ala.

“One of our top priorities in putting together the best four games possible for the fall was to make sure we were able to play at least one home game,” JSU Athletics Director Greg Seitz said. “I’ve said numerous times that we have the best fans in the FCS and for us to be able to give them a chance to see their team play in person was very important to us during this difficult season. This home game, along with the rescheduling of our game at UNA gives Gamecock fans two consecutive weeks where they can see us play.”

Last week, it was announced that Jacksonville State will travel to take on the Florida State Seminoles at Doak Campbell Stadium in Tallahassee, Fla., on Saturday, Oct. 3.

The Gamecocks had a fourth non-conference game on the schedule against the FIU Panthers on Thursday, Sept. 3, but the game was postponed by FIU when the Panthers delayed the start of their season through Sept. 16. It is not currently known if that contest will be rescheduled for this season or canceled.

“As to football, the overwhelming majority of our athletes want to compete this Fall,” Seitz said in a statement regarding the OVC’s announcement on Aug. 14. “While the OVC moved the conference schedule to the spring, the conference presidents voted today to permit conference schools to play up to four non-conference games. We are working diligently to provide our football team the opportunity to play an exciting schedule this fall while maintaining the rigorous health protocols which were already established.”

“We feel very good about the schedule that we’ve been able to put together so far,” Seitz added on Saturday. “We are very close to wrapping up the schedule and look forward to finalizing our four games in the coming days.”