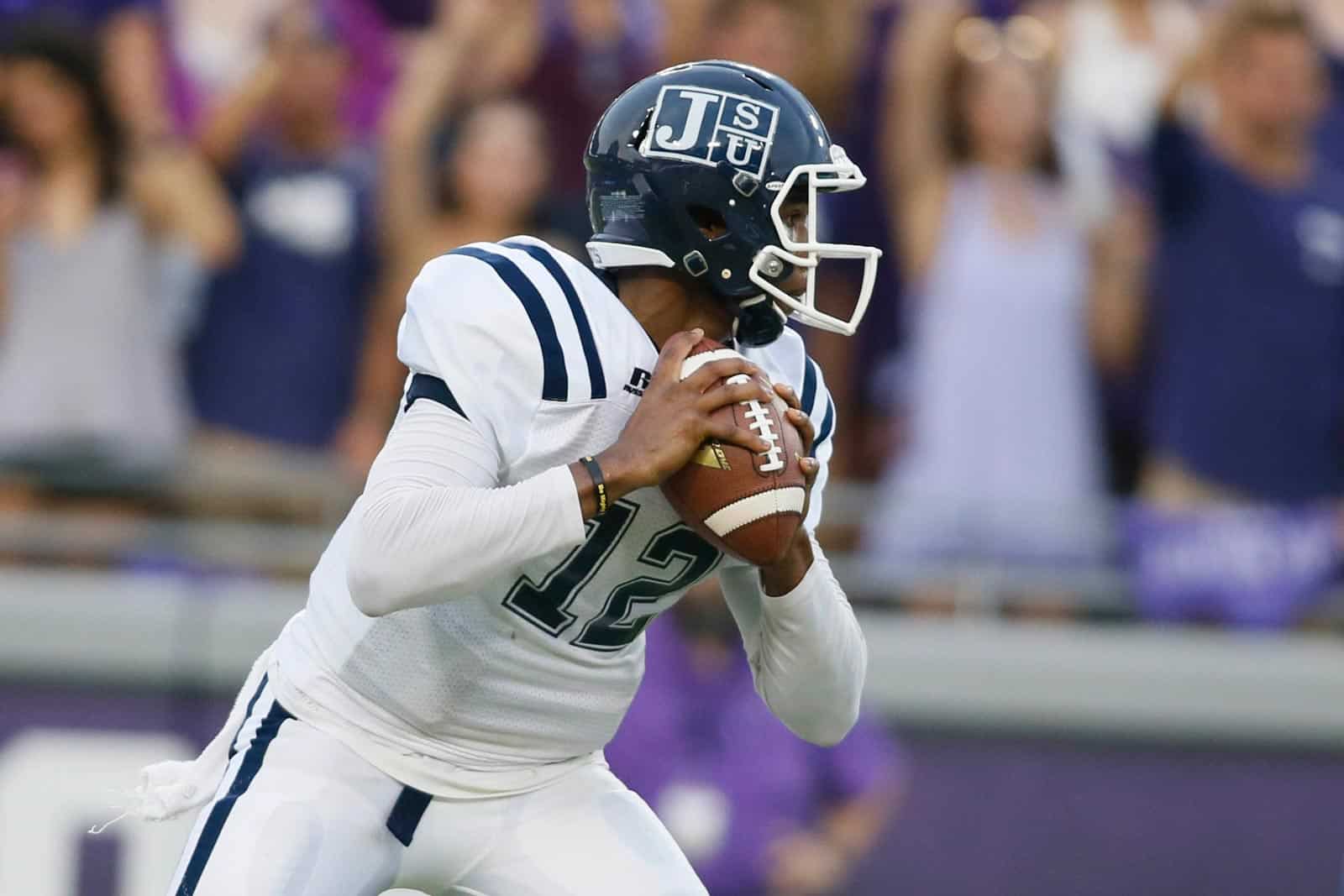 Jackson State opens the 2019 season in the MEAC/SWAC Challenge against the Bethune-Cookman Wildcats. The game will be played on Sunday, Sept. 1 at Georgia State Stadium in Atlanta, Georgia.

The following week on Sept. 7, Jackson State travels to Mobile, Alabama, to take on the South Alabama Jaguars.

Next, it’s the Southern Heritage Classic at Liberty Bowl Memorial Stadium in Memphis, Tennessee. Jackson State will take on Tennessee State in that contest on Sept. 14.

After an open date on Sept. 21, Jackson State travels to Indianapolis, Indiana, to play the Kentucky State Thorobreds in the Circle City Classic. The game will be played at Lucas Oil Stadium.

The Grambling State Tigers visit Mississippi Veterans Memorial Stadium in Jackson on Oct. 5 for a non-conference contest. Jackson State opens up Southwestern Athletic Conference (SWAC) play at home the following week on Oct. 12 against the Alabama State Hornets for Homecoming.

JSU then plays consecutive games on the road, first at the Mississippi Valley State Delta Devils on Oct. 19. The Tigers then travel to face the Prairie View A&M Panthers on Oct. 26.

The Arkansas-Pine Bluff Golden Lions visit Jackson on Nov. 2 before the Tigers head out to play the Alabama A&M Bulldogs on Nov. 9.

Jackson State closes out the 2019 regular-season with consecutive games at home. JSU hosts the Southern Jaguars on Nov. 16 and the Alcorn State Braves on Nov. 23.