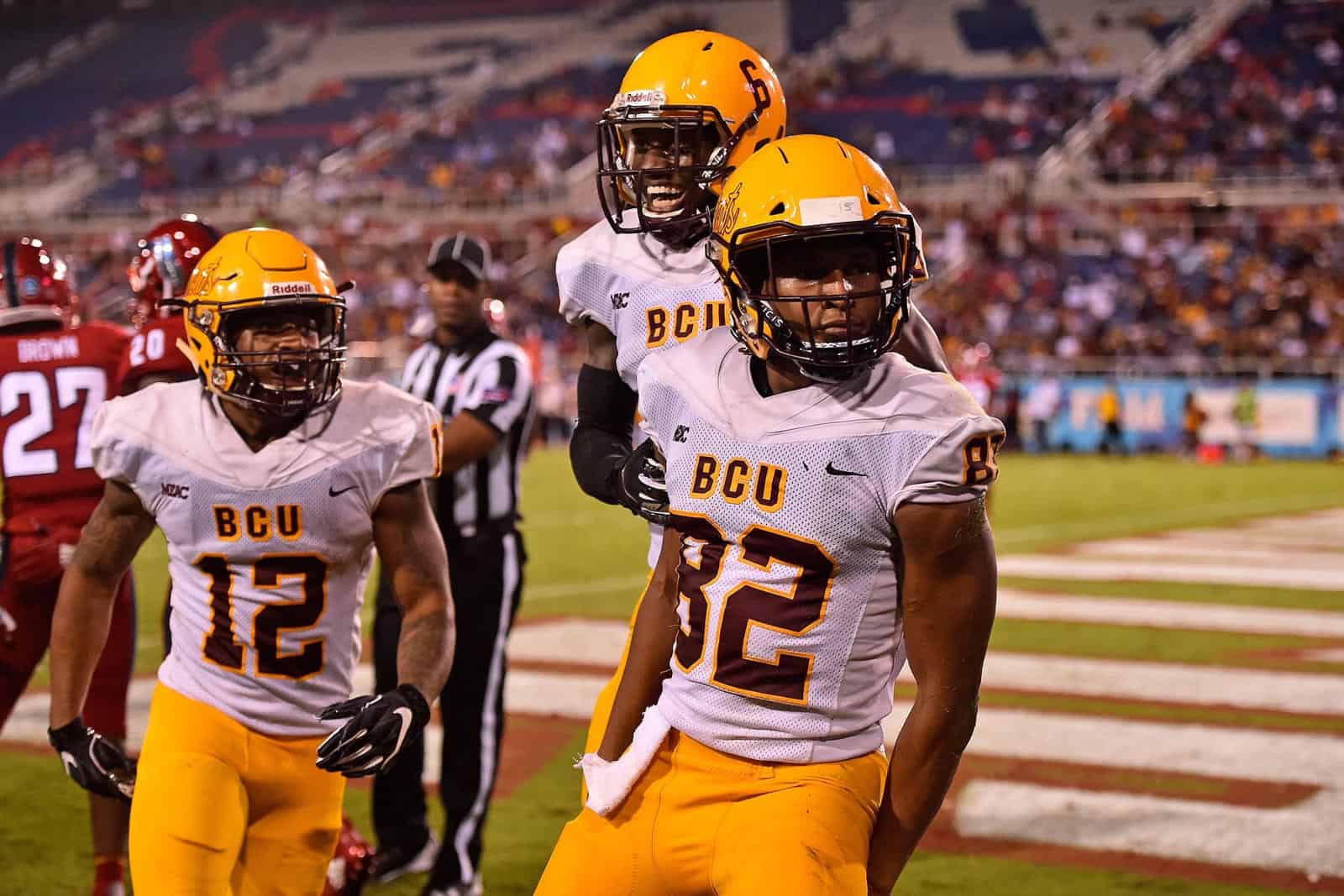 The Jackson State Tigers and the Bethune-Cookman Wildcats will play in the 2019 MEAC/SWAC Challenge, it was announced on Monday.

The MEAC/SWAC Challenge, owned by ESPN Events, is an annual historically black college football game between the Mid-Eastern Conference and the Southwestern Athletic Conference. The contest began in 2005 and has been played 14 times.

Bethune-Cookman, located in Daytona Beach, Florida, has played in the MEAC/SWAC Challenge three times. The Wildcats defeated Prairie View A&M 63-14 in 2011 and beat Alabama State 38-28 in 2012. Their 2016 contest against Alcorn State was canceled just before halftime due to lightning.

In their first and only appearance in the MEAC/SWAC Challenge, Jackson State fell to Hampton 17-13 in 2008.

Bethune-Cookman wrapped up the their 2018 schedule with a 33-19 victory of Florida A&M, which gave the Wildcats a 7-5 record (5-2 MEAC). Jackson State fell to Alcorn State 24-3 in their final game of the season and finished 5-5 overall and 4-3 in SWAC play.