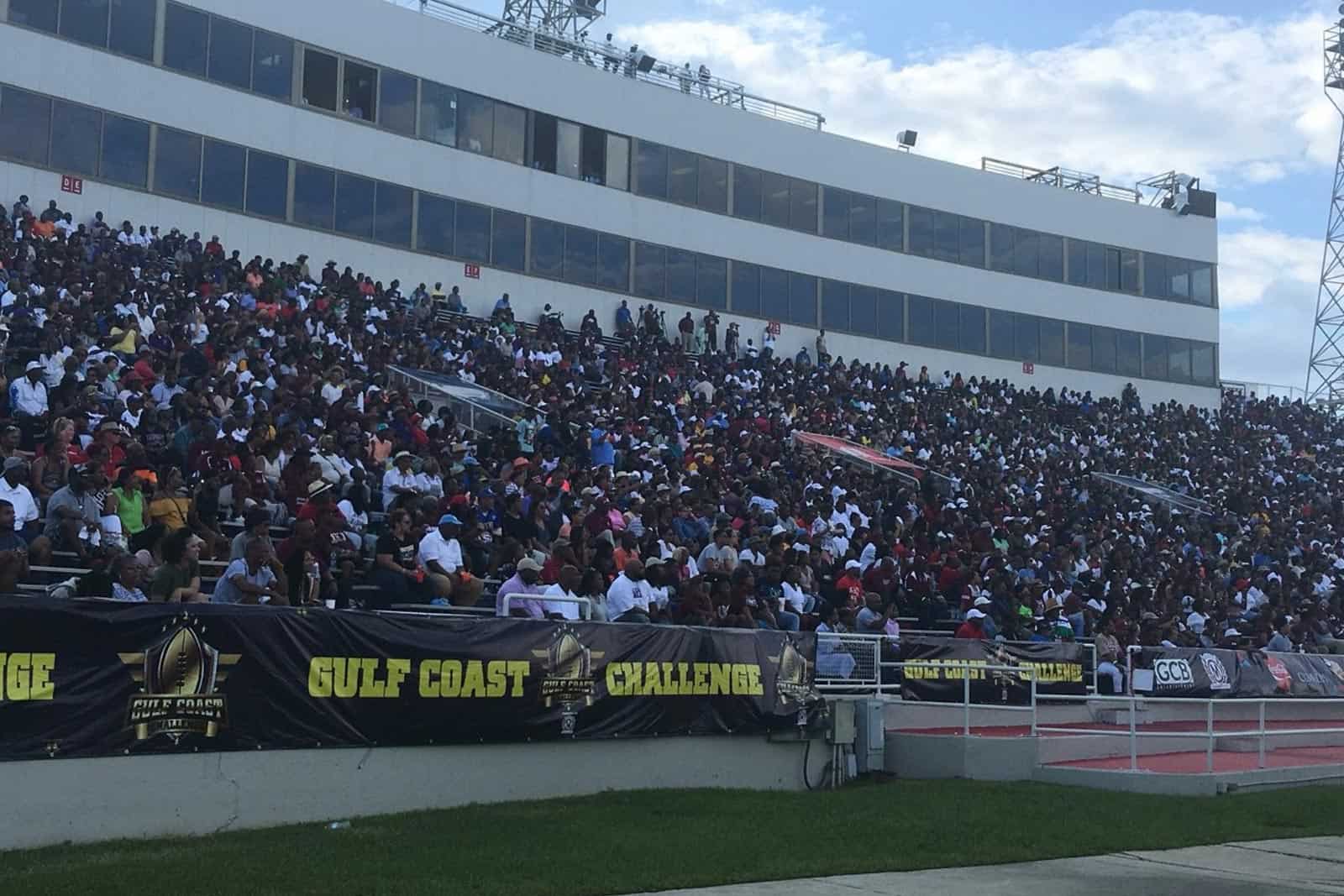 The Jackson State Tigers and the Alabama A&M Bulldogs will play in the Gulf Coast Challenge twice over the next three seasons, FBSchedules.com has learned.

A copy of the contract for both games was obtained from Jackson State University via a state public records request.

Jackson State and Alabama A&M will square off in the Gulf Coast Challenge at Ladd-Peebles Stadium in Mobile, Ala., during the 2022 and 2024 seasons. Exact dates for the games will be determined by the Southwestern Athletic Conference (SWAC).

The Tigers will receive a $450,000 guarantee for each game played, according to the copy of the contract.

The Gulf Coast Challenge, dubbed “the Ultimate HBCU Experience”, was created to “…enhance the exposure of Historically Black Colleges & Universities in this enriched community. The event highlights the community’s exclusive interest in HBCUs and the roles that they play in educating aspiring professionals & developing our future leaders.”

Jackson State and Alabama A&M are both members of the SWAC and compete in the East Division. The two schools are scheduled to meet this season on Saturday, Oct. 9 at Louis Crews Stadium in Huntsville, Ala. The game will be streamed live via ESPN+ at 3:00pm ET/2:00pm CT.

Jackson State and Alabama A&M first met on the gridiron in 1948 and have played 31 contests overall. In their most recent matchup during the Spring, the Bulldogs defeated the Tigers 52-43, but Jackson State still leads the series 17-14.

Alabama A&M is also scheduled to play in the 2021 Gulf Coast Challenge on Saturday, Sept. 25. The Bulldogs are set to take on the Tuskegee Golden Tigers at Ladd-Peebles Stadium.