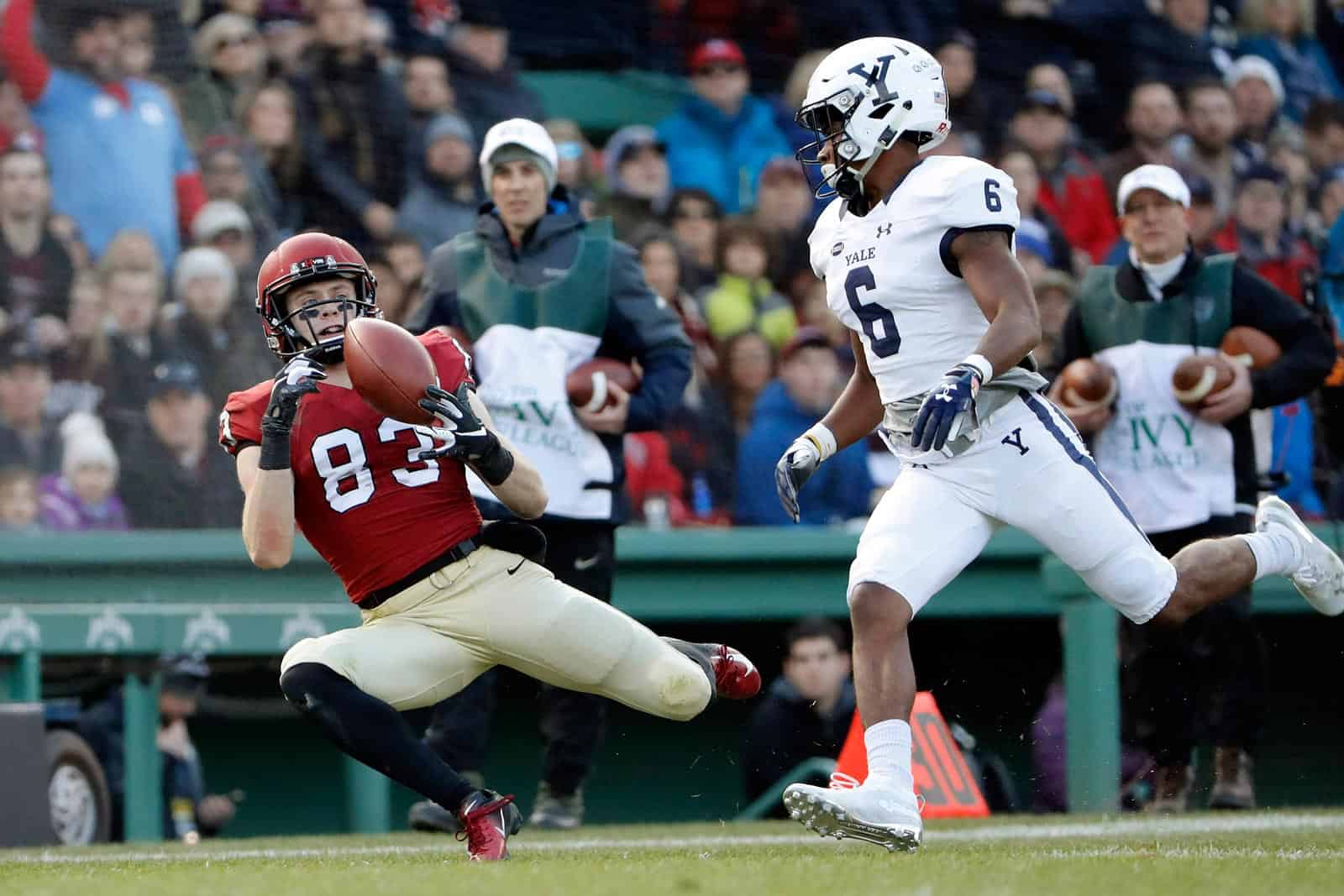 The Ivy League has announced their 2019 ESPN football schedule, which includes seven games on the ESPN linear networks.

As part of the Ivy League’s agreement with ESPN, all remaining home football games will stream live on ESPN+.

“During this year of celebration of the rich history of college football, these national television appearances provide us with a unique opportunity to illustrate the Ivy League’s storied tradition and continued impact on the game,” said Ivy League Executive Director Robin Harris.

“We have been working in concert with ESPN over the past year to find creative ways to highlight key League events, historic moments and our modern success throughout this 150th anniversary of college football. We look forward to showcasing that work throughout the season.”

The Ivy League on ESPN schedule kicks off on Friday, Sept. 27 with the Brown Bears traveling to take on the Harvard Crimson. The game, which was moved up one day from Saturday, Sept. 28, is set for 7:00pm ET and it will be televised by ESPNews.