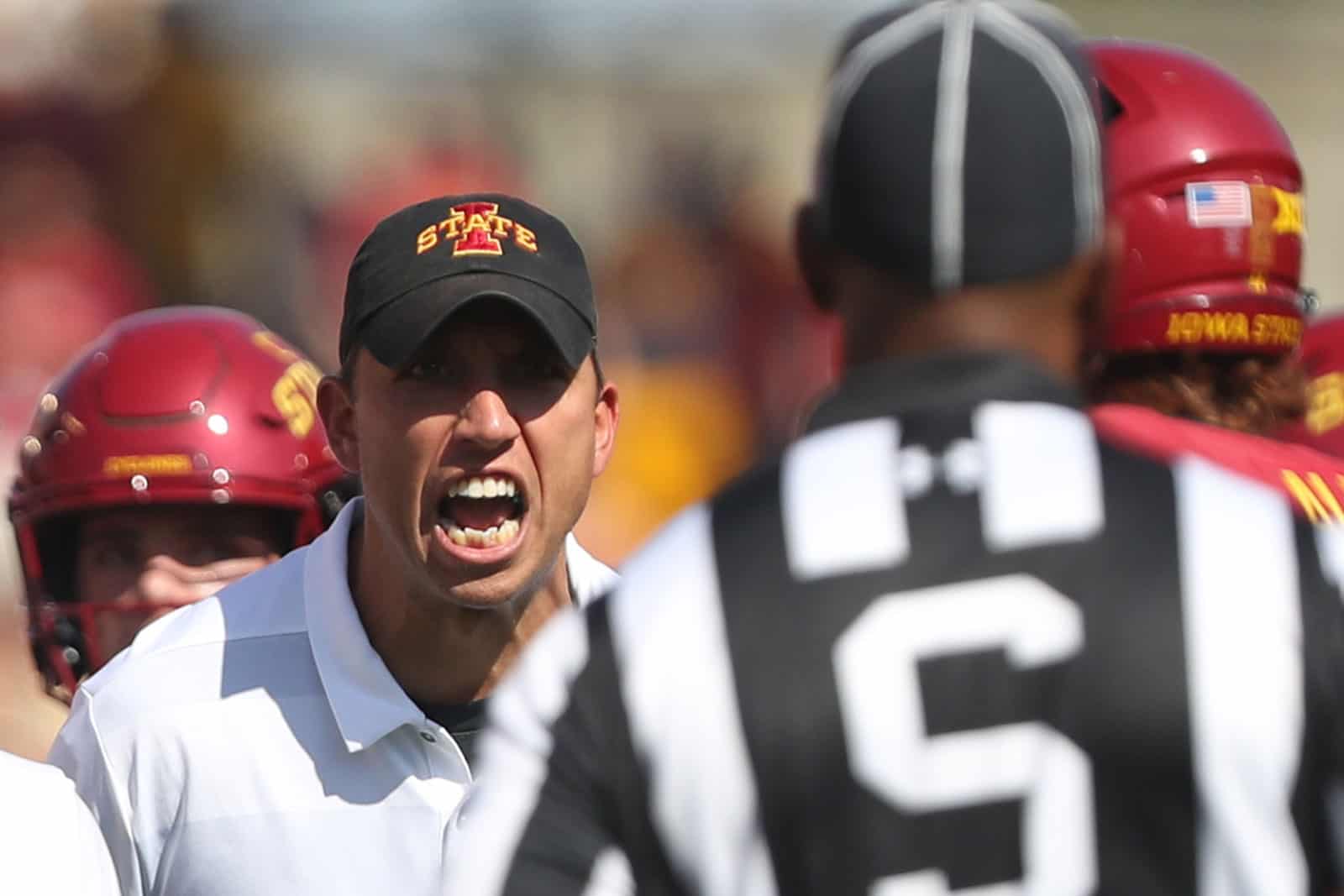 The Iowa State Cyclones have made another change to their 2018 football schedule, this time by adding a game against the Drake Bulldogs.

Iowa State will host Drake at Jack Trice Stadium in Ames on Saturday, Dec. 1, 2018. The game will kick off at Noon ET/11:00am CT and it will be streamed live via Cyclones.TV.

“We’re most grateful to Drake Athletics Director Brian Hardin, Coach Rick Fox and the Bulldog leadership team for working with us through a very fluid situation,” ISU Director of Athletics Jamie Pollard said. “Coach (Matt) Campbell wants to play a 12th game and I believe our fans would welcome another chance to see this bowl-bound team play. I know the Bulldogs will enjoy the chance to play at Jack Trice Stadium and compete against a Power 5 opponent.”

Iowa State previously announced that they would host the Incarnate Word Cardinals on Saturday, Dec. 1. However, Incarnate Word was selected to the FCS Playoffs as an at-large team and opted not to play Iowa State if they lose their First-Round matchup this weekend.

“I talked to (head coach) Eric and he is laser-focused on Saturday’s game at Montana State,” said UIW Director of Athletics Dr. Brian Wickstrom. “We want him to be able to stay focused on the FCS Playoffs and making it to the next round, so Iowa State has found another opponent to play on December 1.”

Drake, located in Des Moines, Iowa, is a member of the Pioneer Football League in the Football Championship Subdivision (FCS). The Bulldogs are 7-3 overall and went 6-2 in conference play this season.

“Our team is incredibly excited to have another opportunity to play Drake Football together this season,” said Drake head coach Rick Fox. “Since the cancellation of our season opener, we felt that our team deserved an additional opportunity to play and are thrilled to have that chance. To do so versus an opponent such as Iowa State, with whom our football history dates back to 1898, is an opportunity for which we are grateful.”

Iowa State was slated to open the 2018 season against South Dakota State, but the game was canceled due to weather. Drake also had their season-opener against William Jewell canceled.

Is it even allowed for FBS to play a non Scholarship school?

Yes, but it doesn’t count for bowl game eligibility.

This is only the second time in recent years that a PFL school has played an FBS school.

San Diego played San Diego State as a one-time deal based on sharing a common home city a few years back. The two commonly meet on the basketball court. Of note is that San Diego is a member of the West Coast Conference for other sports. Only one other WCC school fields a football team, and it’s a fairly well-known football program. It’s BYU, who has played as an independent since 2011, but has been linked to Big 12 expansion numerous times since then (BYU and MWC member Boise State, among other schools, would make great additions to the Big 12, because those two would end the Pac-12’s monopoly on Power 5 football in the West, and for the first time in the Pac-12’s history, dating back to its time as the Pacific Coast Conference, it would share territory with another power conference – the state of Utah; the University of Utah has been a Pac-12 member since 2011.)

What’s the line? 86.5? Iowa State could play their scout teamers and walk ons and win by 48.

For Pete’s sake, let the two teams play each other!!! They both want to play, and the Drake coach even said that they had a long history with Iowa State.