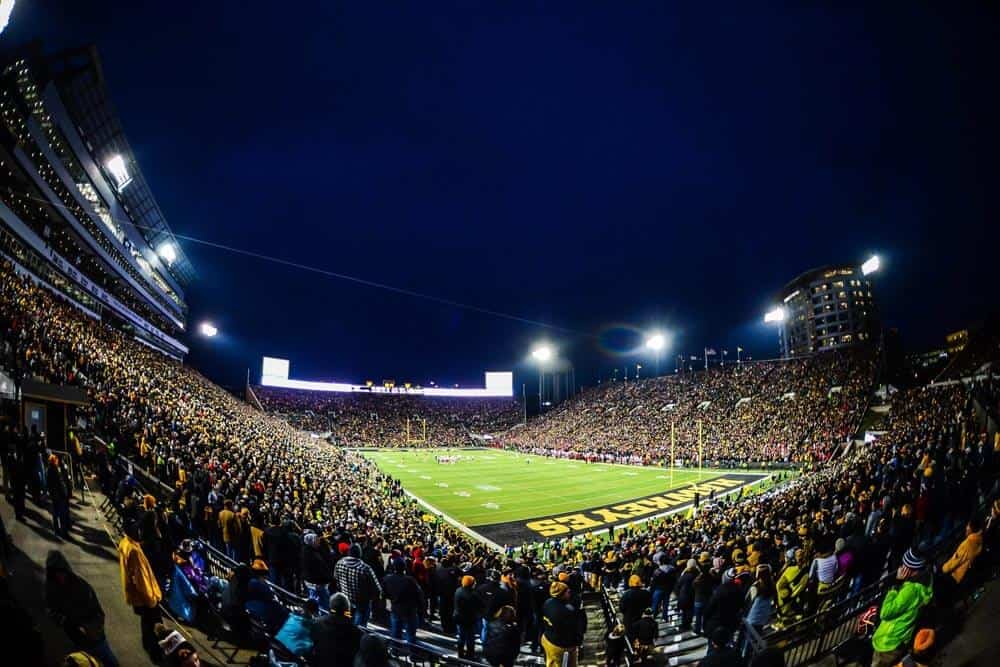 The Iowa Hawkeyes have added the Middle Tennessee Blue Raiders to their 2019 football schedule, it was announced on Tuesday.

Iowa will host Middle Tennessee at Kinnick Stadium in Iowa City on Sept. 28, 2019. Iowa will pay Middle Tennessee a $1.55 million guarantee for the game, according to a copy of the contract obtained from the University of Iowa via a public records request.

The 2019 game between Iowa and Middle Tennessee will be their first-ever meeting on the gridiron.

The addition of Middle Tennessee completes Iowa’s schedule for the 2019 season. The Hawkeyes are also slated to host Miami OH on Aug. 31 and travel to Iowa State on Sept. 14 in non-conference action.

In Big Ten play in 2019, Iowa is scheduled to host Rutgers, Penn State, Purdue, Minnesota, and Illinois and travel to Michigan, Northwestern, Wisconsin, and Nebraska.

Life in the Big Ten West. At least they get Penn State, who finally had their get-back season this past season.

As far as this story goes, this is a game Iowa could easily lose. Just ask Georgia Tech.

Iowa is a coward team. one of the worst non conference slates by a mile.

They don’t want anything to with NDSU anymore.

For all of us who complain about the SEC’s weak non-conference schedule, I don’t think anyone in the SEC schedules as poorly as Iowa does. Iowa really takes it to an all-time low. I would be perfectly okay with banning Iowa from Playoff consideration based on their repeatedly dreadful non-conference schedule. Shame on them.

Well said, I agree.
As long as Kirk Ferentz is there, this is how the schedule will look. I can only say so much considering that M.Tennessee plays most teams in the SEC.