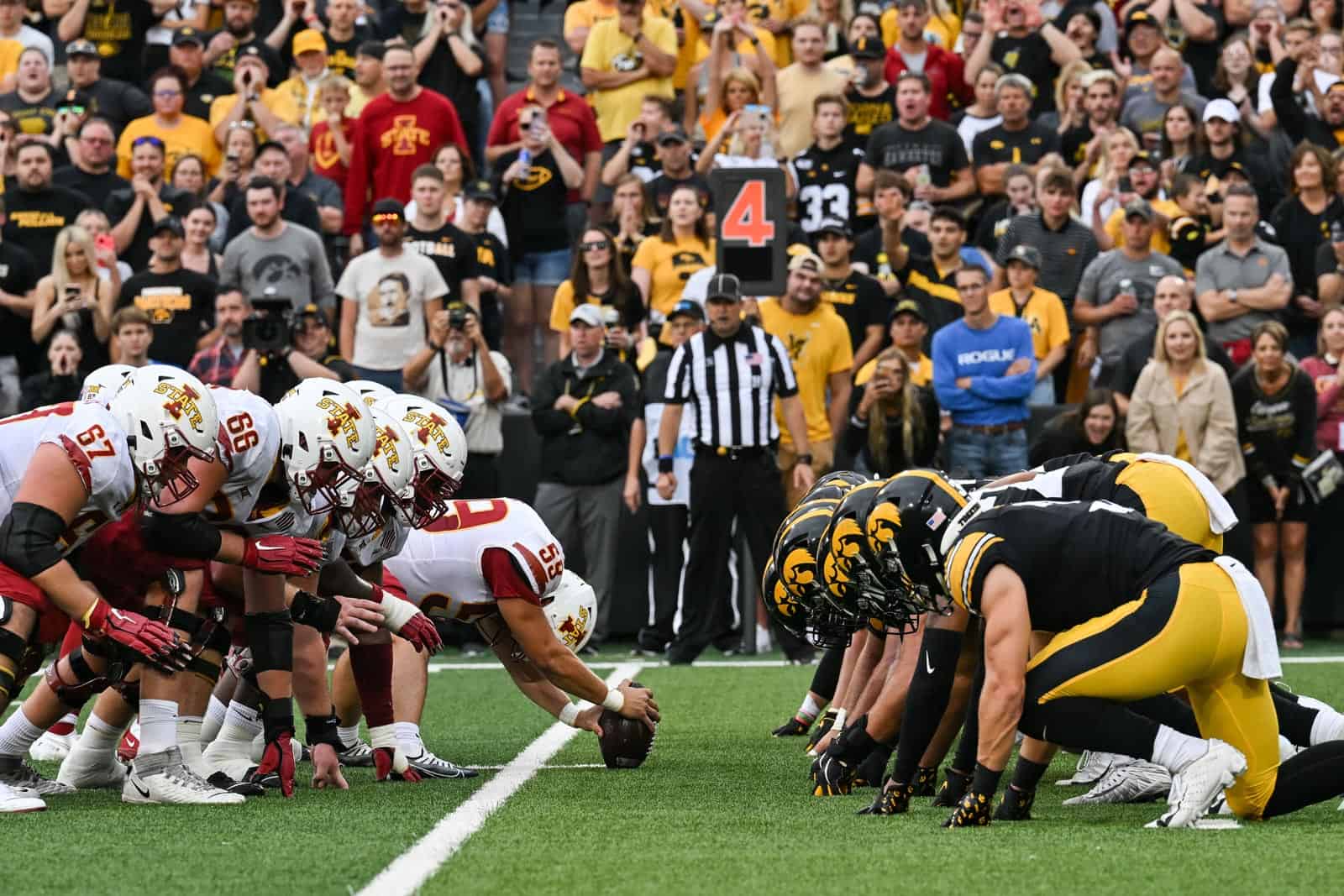 The Iowa Hawkeyes and the Iowa State Cyclones have extended their Cy-Hawk Series football game through the 2027 season, the two schools announced on Thursday.

Below are future dates for the Iowa-Iowa State series. All five scheduled games will be played during Week 2 of each season:

Iowa State won the most recent contest, 10-7, which was played earlier this season in Iowa City. That stopped a six game Iowa winning streak, but the Hawkeyes still lead the overall series 46-23.

Iowa is 6-4 overall and 4-3 in Big Ten action so far this season. The Hawkeyes are scheduled to visit the Minnesota Golden Gophers this Saturday and the game will be televised by FOX at 4:00pm ET / 3:00pm CT.

Iowa State is currently 4-6 overall and owns a lackluster 1-6 record in Big 12 Conference play. The Cyclones have a home tilt slated for Saturday against the Texas Tech Red Raiders, which will kickoff at 7:00pm ET / 6:00pm CT on FS1.

Oklahoma and Oklahoma State should continue their annual rivalry game. There is really nothing but spitefulness thate prevents that. Schedules can be modified if necessary.

UT vs. A&M will be an annual SEC game fairly soon. The only way Ok State makes the SEC ever is if the ACC somehow sticks together when its GOR is up.
.
If the ACC holds and Clemson, ½SU, etc. can’t jump to the SEC, then Ok State and Baylor have a chance at the SEC.

With all this realignment killing some rivalries, seeing a rivalry remain intact is refreshing.

Not gonna happen… You know what,screw you. None of us are going to be alive in 2070.