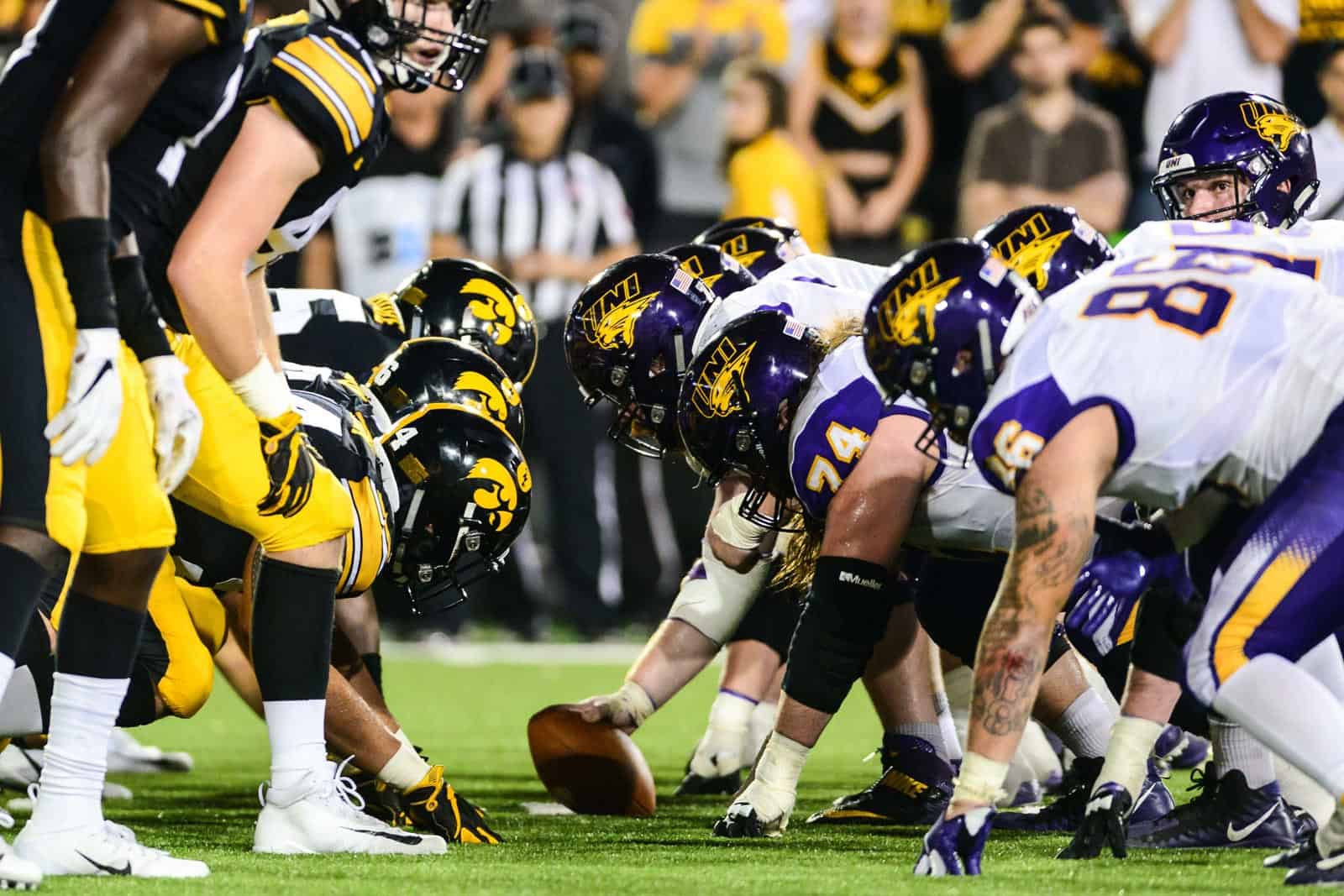 The Iowa Hawkeyes have added the Northern Iowa Panthers to their 2026 football schedule, FBSchedules.com has learned.

Iowa will host Northern Iowa at Kinnick Stadium in Iowa City, Iowa, on Saturday, Sept. 19, 2026. The Hawkeyes will pay the Panthers a $700,000 guarantee for playing the game, according to the copy of the contract.

In their most recent matchup in 2018, the Hawkeyes defeated the Panthers 38-14 at Kinnick Stadium. Iowa has won 17 consecutive games in the series since dropping the inaugural matchup in 1898 when UNI was known as Iowa State Normal School.

Northern Iowa is currently a member of the Missouri Valley Football Conference (MVFC) in the Football Championship Subdivision (FCS). The Panthers advanced to the FCS Playoffs last season, but fell on the road at Eastern Washington and finished the season 6-6 overall and 4-4 in MVFC action.

Northern Iowa is the second scheduled non-conference opponent for Iowa in 2026. The Hawkeyes are also slated to host the Northern Illinois Huskies on Sept. 5 that season.

Iowa is the second Football Bowl Subdivision (FBS) opponent on the schedule for Northern Iowa in 2026. The Panthers are slated to open the 2026 season on the road against the Iowa State Cyclones on Sept. 5.

Northern Iowa has never played Iowa and Iowa State in the same season. The Panthers are 1-7 all-time against the Hawkeyes and 6-24-3 against the Cyclones.

$700,000. Good to see that money stay in state and help out UNI. Be even better if they could pull off that upset, but honestly, the money is more important towards running a program in the black financially, as opposed to the red.

So I presume that game canceled and this is a completely new contract?

This contract makes no mention of the previous contract, so the 2020 contract was either canceled or considered null and void.

Yes, I understand the money helps smaller schools but still.

Your Comment illustrates my Point that the Non Trust Five Conferences in 1-A fbs need the Game against a Trust 5 School at least as much if not more than the 1-AA FChampionshipS Teams who Havee a Road to the Playoffs.

NIU Huskies are a Mid-American Conference Team in Dekalb, IL.

The Huskies have played as an Independent @ the 1A Level during 3 periods of Time( I’m only counting the Schedules since 1966, you can see their complete History on Wikipedia)

Except it’s only one FCS team.