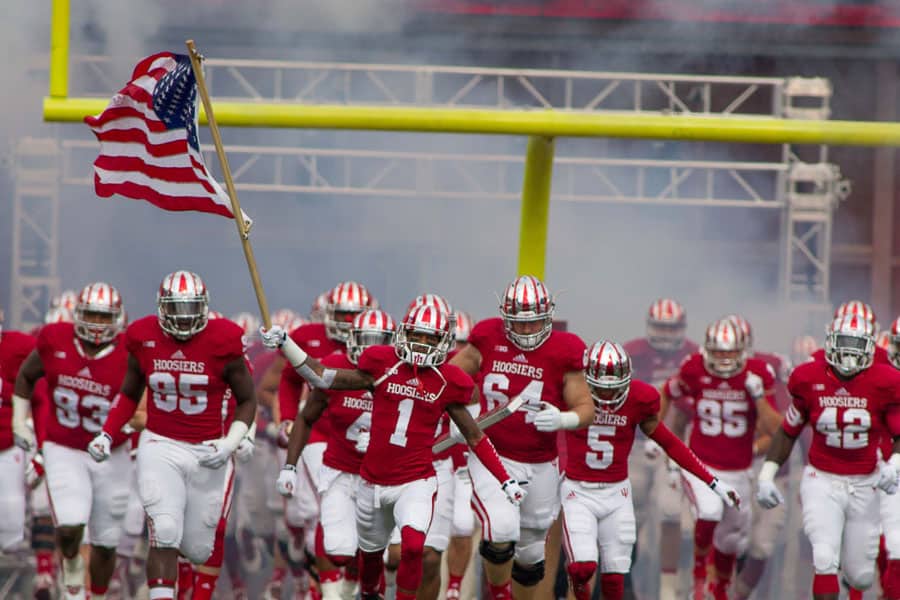 The Indiana Hoosiers and the Western Kentucky Hilltoppers have scheduled a three-game football series, both schools announced today.

Western Kentucky will travel to face Indiana twice at Memorial Stadium in Bloomington, first on Sept. 7, 2019 and again on Sept. 12, 2020. The Hilltoppers will then host the Hoosiers at Houchens Industries – L.T. Smith Stadium in Bowling Green on Sept. 25, 2021.

“Adding Indiana to our future football schedules continues a trend of adding quality, regional opponents from the Big Ten and Southeastern Conferences,” said WKU Director of Athletics Todd Stewart. “We will host a Big Ten opponent on our campus in 2021, while the pair of away games is an easy drive for our fans. It is an excellent opportunity for the Hilltopper Nation to fill our stadium, but then also go to another venue to support our program on the road.”

The two schools are also scheduled to meet this season on Sept. 19 at Indiana.

The Hoosiers have now tentatively completed their non-conference football schedules for 2019 and 2020. Other games scheduled include home vs. UConn and at Ball State in 2019 and home vs. Ball State and at UConn in 2020.

In 2021, Indiana also has a home game scheduled against Cincinnati.

The 2019 and 2021 contests against Indiana join two previously scheduled matchups against Army for Western Kentucky. The game at IU in 2020 is the first announced for the Hilltoppers for that season.

Indian continues to schedule non league opponents that are a carbon copy of themselves-mediocre to putrid. At least the games should be competitive. Hoosier fans need only wait until October 15th when basketball practice starts and the focus of attention shifts to the sport that in which they are more competitive.

Dave, you are an idiot.

WKU will be glad to have all these p5 (a little P on purpose!) wins over Indiana for this series.