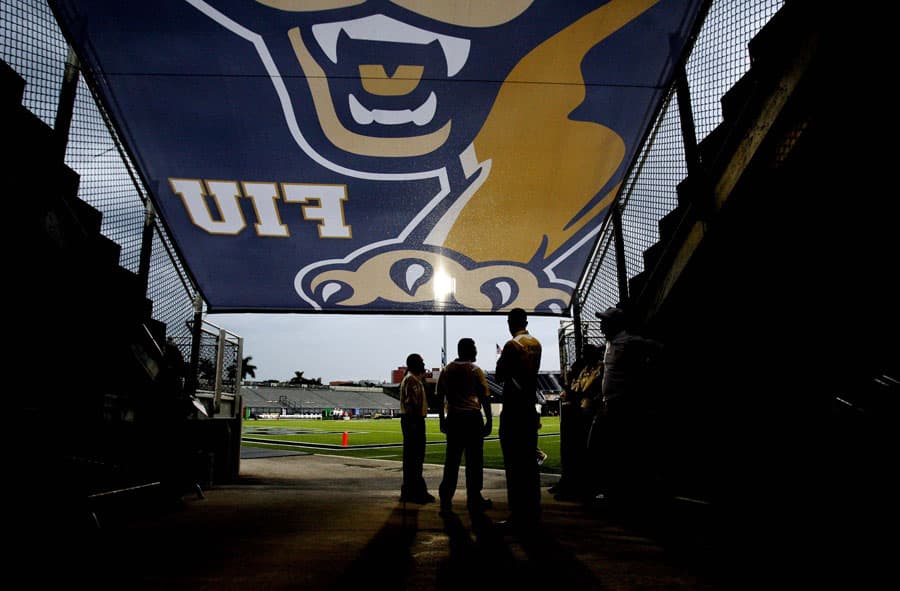 The Indiana Hoosiers and the FIU Golden Panthers have extended their future football series through 2018, the two schools announced today.

FIU will travel to take on Indiana at Memorial Stadium in Bloomington on Sept. 16, 2017. The Golden Panthers will then host the Hoosiers at FIU Stadium on Sept. 1, 2018.

“This is a great opportunity for our program to face a team from the Big Ten, which is one of the elite conferences in the nation,” FIU Head Coach Ron Turner said. “Indiana has a tremendous history and tradition. It will be exciting to not only make the trip to Bloomington, but to host Indiana for a pair of games. This will be a great series for our team, as well as our fans.”

This season’s meeting between Florida International and Indiana will be their first-ever matchup on the gridiron. The Golden Panthers open the 2015 season at UCF on Sept. 3, and then two days later the Hoosiers host Southern Illinois.

“Indiana has a tremendous history and tradition”

Greg R., totally agree. History and tradition of losing. Ron Turner must be smoking something down in Miami and it’s not a cigar.

It’s all relative. With all of the Incarnate Words, Mercers, and, yeah, Florida Internationals of the world invading college football, Indiana looks majestic in comparison.

Indiana went to Rose Bowl in 1967 and with any luck may go this century also.

“Indiana has a tremendous history and tradition.” – Ron Turner

Ron, something isn’t true just because you say it.

Ron probably didn’t say it. Some donut in PR at FIU probably wrote it and attributed it to poor Ron. But I do have to agree with the sentiment.