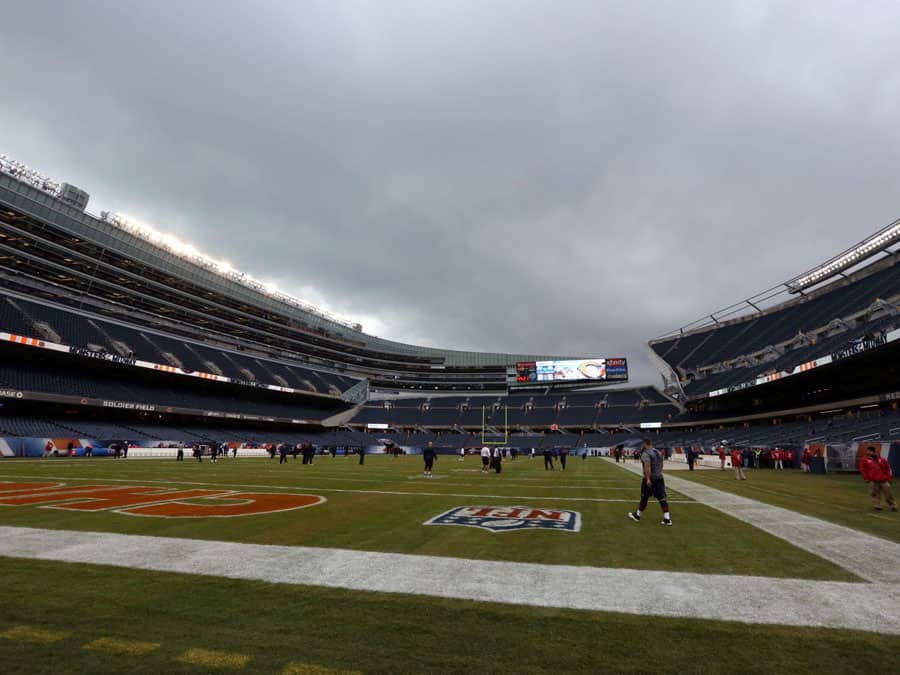 “It’s exciting to seize the opportunity to further engage our incredible number of Illinois alumni and fans in the Chicagoland area with these three football games coming to Soldier Field,” Thomas said. “As the flagship university in the state we are committed to all Fighting Illini, and as part of that mindset, we will continue to bring a variety of athletics events to Chicago where we have the largest alumni base of any Big Ten institution.

“By taking these Thanksgiving weekend games to Soldier Field, we will provide a great environment for our student-athletes, fans and students who are already in the Chicagoland area for the holiday, and it becomes a destination game for all Fighting Illini fans. Ending the regular season at a historical site and one of the best stadiums in the world will make for a big-time event for our student-athletes and will be a great springboard for our football program into the postseason. Recruits want to experience greatness, and this is the latest in a long line of connections between the dominant football brands in our state that start with the earliest days of the NFL with Halas and Grange, and stretch through Butkus, Caroline, and many other former Illini through the decades.”

Illinois and Northwestern have met 108 times on the gridiron and battle for the Land of Lincoln Trophy. In their last meeting on Nov. 29, 2014, the Fighting Illini defeated the Wildcats 47-33 in Evanston to extend their lead in the overall series to 55-48-5.

Because the Illinois alumni in the Chicagoland area can’t drive the 15 miles up the road to Northwestern? Seems like a really dumb move on Illinois’ part, should’ve been 2 games with each team giving up a home game, maybe 2015 UI and 2018 NW.

You missed the part where these games were originally Illinois home games.

Chicago to Champaign is 2hr 30 minutes. Illinois is giving up home games b/c they obviously feel they will get more exposure. The game will get more attention than a home game in Champaign and they have alot of alumini in Chicago. Of course NW has alot too. Illinois alum in the area are more likely to go the game than trounce 5 hr round trip to see them, as they aren’t very good for many years.

@Reality you missed the point where they’ll be playing in the same 15-mile radius 7 years in a row, genius. If they want to see their team from downtown all they need to do is drive up the road 15 miles. You follow?

UofI wants a game in Chicagoland every year because of their huge number of alums there. You follow?

This is a brilliant move on Illinois’ part. It is another example of the Illini treating Chicago as their city. Great for recruiting in all sports.

All is good with this move and should benefit both programs. The game at Soldier Field will be sold separately from the season-ticket package with the Illinois season ticket holders and I-Club members having first opportunities at the tickets. Nothing exciting, but nothing harmful with this announcement.

love in-state rivals!! im in the s.e.c with my gators so seeing other states competing with there in state foes is great!!!

It sure is especially when you’re an NU fan and now you only have to get to downtown Chicago for a “road game” instead of traveling a 300 mile RT and burning 10 gallons of gas. Thank you U of I. Love it.

Thank you Illinois for giving up 3 home games in Champaign and saving NU fans the 5 hours and 10 gallons of gas needed to drive RT to Chambana when we can watch NU & Illinois play in Soldier Field. Definitely a win for NU.

All of these games are Thanksgiving weekend, most of the students will be in Chicago anyway. I bet we fill more of the stadium, because you know it’s our city.

Illinois should also look to schedule OOC games at Soldier Field frequently. Move OOC games in ’16, ’18, and ’20 to Soldier Field. The Fighting Illini could really strengthen its presence in Chicagoland with a decent game in Soldier FIeld every year.

With consistent home games in Champaign against Nebraska, Wisconsin, Iowa, Ohio St., Michigan St., Penn St., and Michigan, U of I can afford to stretch out to Soldier Field nearly every year.

I sure hope they pay for a new field, by the time they play those games it will be mud and I sure the Bears just love the thought of more games played on one of the worst field in the NFL