Illinois to host Chattanooga in 2022 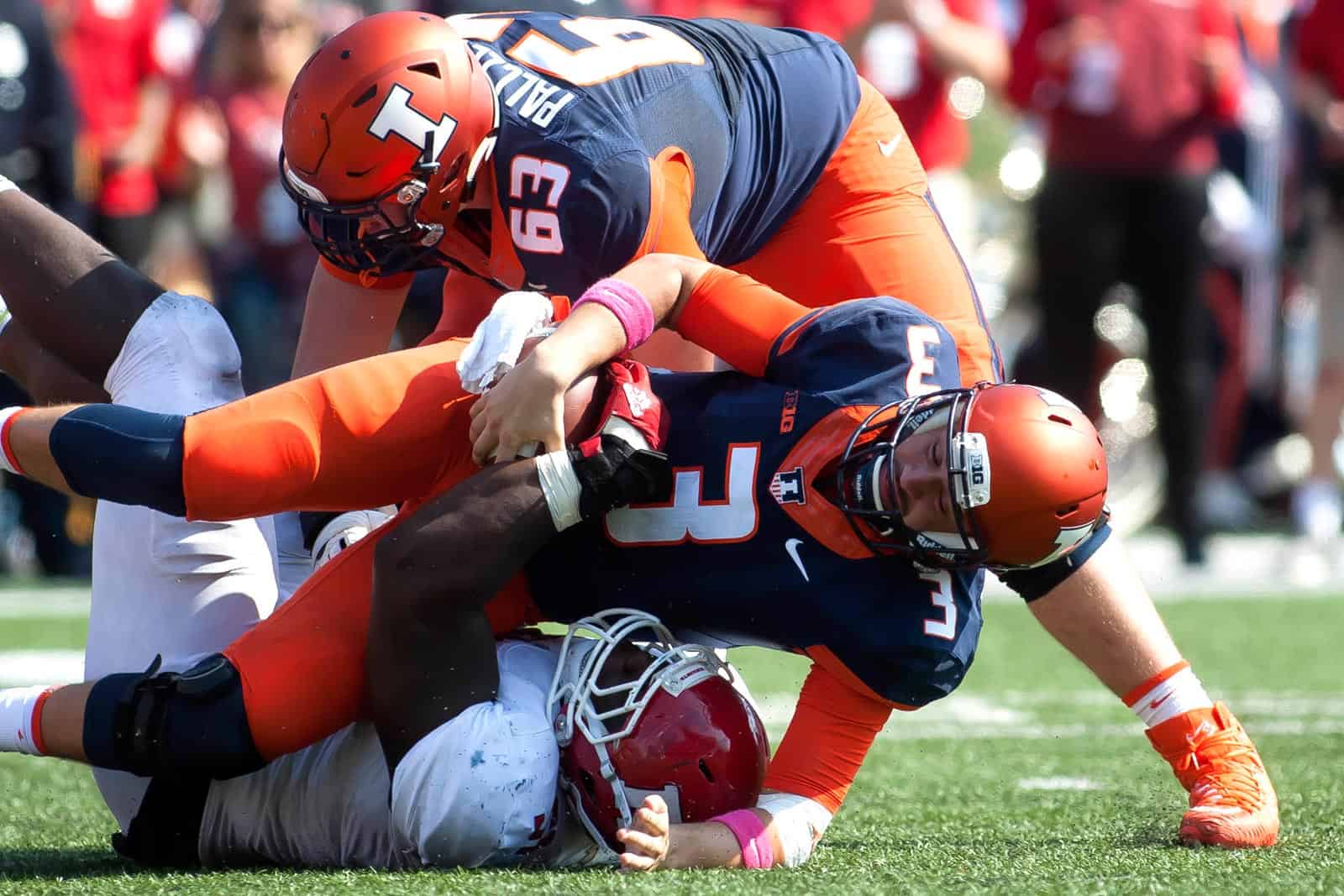 The Illinois Fighting Illini have added the Chattanooga Mocs to their 2022 football schedule, according to a report by the Times Free Press.

Illinois will host Chattanooga at Memorial Stadium in Champaign on a date to be announced during the 2022 season. The game will be the first-ever meeting between the two schools.

Chattanooga is a member of the Southern Conference in the Football Championship Subdivision (FCS). The Mocs finished the 2017 season 3-8 overall and 3-5 in SoCon play.

Illinois appears to be adjusting their future schedules in order to add FCS teams back into the mix. Last year, the Big Ten loosened restrictions on scheduling FCS opponents, allowing teams to schedule them in seasons when they have only four conference home games.

In March, we reported that Eastern Illinois will travel to face Illinois on Sept. 21, 2024. This game has yet to be announced by the Fighting Illini.

Also unannounced by Illinois is the rescheduling of their 2020 home game against Florida Atlantic to Sept. 23, 2023. This opens a spot for an FCS team to play in Champaign in 2020.

Illinois is scheduled to host Western Illinois this season on Sept. 8. The game against WIU, a member of the Missouri Valley Conference, was scheduled back in 2012.

In order to play Chattanooga in 2022, Illinois will need to move one of their three previously announced non-conference games that season. The Illini are currently slated to host Virginia (Sept. 10), Wyoming (Sept. 17), and Central Michigan (Sept. 24).

Please I do not like this trend of scheduling FCS teams far away to give you another home game (In state with lots of tradition I do not get very upset about). Come on Illinois AD, can you at least play another MAC team if you will not schedule a BIG 5 conference opponent.

Even an in-state FCS would be a win/win for the fans and the schools. An opponent like Illinois State or SIU would put a lot more butts in the seats, meaning more ticket revenue. Almost every Big 10/SEC/etc. school seems guilty of the current trend of scheduling an OOC opponent most of the fans haven’t heard of before.

I agree that these types of games work best when it’s vs. an in-state team or in-region team… but Chattanooga is no slouch at the FCS level. Not lately, at least. They’ve been doing well, in most years, anyway.