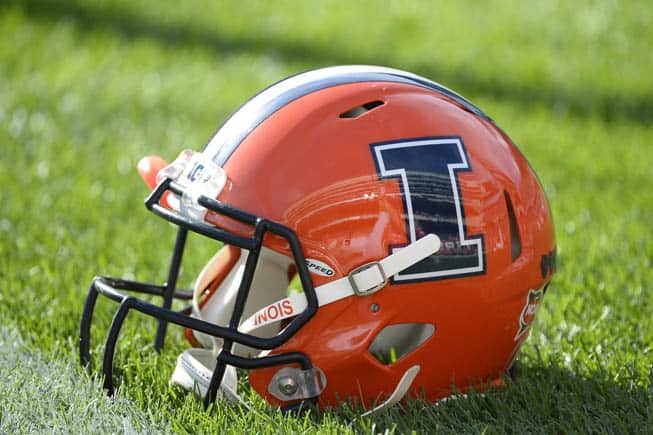 The Illinois Fighting Illini have completed their future football schedules through 2017 with the addition of a 2015-16 home-and-home series vs. North Carolina and several other non-conference games.

“We have worked very hard at securing future football opponents and we’re happy to be able to include a peer institution in North Carolina,” said Director of Athletics Mike Thomas. “We want to keep an opponent from one of the five major conferences on the schedule and maintain seven home games each season, even with the challenges posed when the Big Ten moves to nine conference games. This series accomplishes that goal.”

The 2015 contest against North Carolina, which will be played in Chapel Hill on Sept. 19, completes the 2015 football schedule for Illinois. To make room for the game, two games were moved up one week – Kent State to Sept. 5 (was Sept. 12) and Western Illinois to Sept. 12 (was Sept. 19).

Illinois’ other non-conference game in 2015 is at home against Middle Tennessee on Sept. 26. Big Ten home games include Nebraska, Wisconsin, Ohio State, and Northwestern, while road games include Iowa, Penn State, Purdue, and Minnesota.

In 2016, Illinois will host North Carolina at Memorial Stadium in Champaign on Sept. 10. The Illini also added home games against Murray State on Sept. 3 and Western Michigan on Sept. 17, which completes their 2016 football schedule.

Big Ten home games in 2016 include Purdue, Minnesota, Michigan State, and Iowa, while road games will include Nebraska, Rutgers, Michigan, Wisconsin, and Northwestern. The 2016 season will be the first for the conference under a nine-game football schedule.

Illinois has also completed their 2017 football schedule with the addition of a non-conference game against Ball State on Sept. 2. The Illini are also slated to travel to USF on Sept. 9 and host Western Kentucky on Sept. 16.

In Big Ten play, Illinois will host Nebraska, Rutgers, Wisconsin, Indiana, and Northwestern and will travel to take on Iowa, Minnesota, Purdue, and Ohio State.