Idaho to play at Washington State in 2020, cancels SJSU series 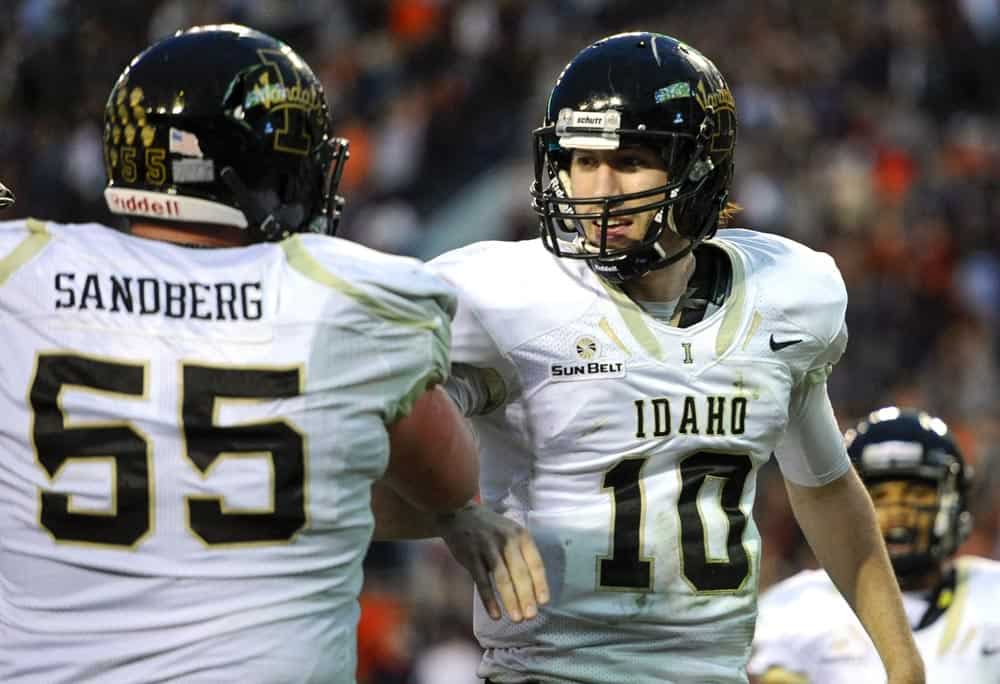 The Idaho Vandals will play at Washington State in 2020 and have canceled a four-game series with San Jose State, FBSchedules.com has learned.

Idaho will travel to take on Washington State at Martin Stadium in Pullman on Sept. 19, 2020. The Vandals will receive a $550,000 guarantee for the game, according to a copy of the contract obtained from the University of Idaho via a public records request.

Back in April, the University of Idaho announced that they will drop down from the FBS to the FCS in 2018. That announcement came shortly after the Sun Belt Conference declined to renew Idaho’s membership.

Due to their move to the Football Championship Subdivision, the guarantee that Idaho will receive for playing at Washington State, $550,000, is less than it would have been had Idaho remained in the Football Bowl Subdivision.

Also as a result of the move, Idaho and San Jose State have mutually agreed to cancel their four-game, home-and-home football series that was agreed to last year.

In a letter dated August 18, 2016 and signed by the Director of Athletics of both universities, the two schools “agree the four games scheduled will be cancelled without penalty.”

San Jose State is the second opponent to cancel future football games with Idaho due to their move to the FCS. Earlier this month, the Star-Tribune reported that Wyoming will drop Idaho from their 2018 schedule.

Idaho athletics director Rob Spear confirmed the news to the Star-Tribune, saying “Wyoming will not travel to the University of Idaho. So we will not have a home game against Wyoming.”

plenty of other Big Sky schools for SJSU to court….

pretty accurate. SJSU was not going to pay Idaho $550,000. They tend to pay FCS schools the minimum. Nobody in San Jose wants to see Idaho, whatever their level. UC Davis, or Cal Poly would get more interest. And they can pay North Dakota, Portland State, or as they did recently New Hampshire considerably less

For Idaho it’s not only more money than SJSU would give them to convert the series to revenue trips to San Jose without return, but it’s also a game close to home where their own fans will attend. For WSU with Idaho as an FCS school it’s now cheap enough for them to schedule it.

Idaho with this cancellation now has room for 8 Big Sky games on an 11 game FCS schedule in 2018, 2019, 2020 while collecting some serious revenue. Pretty much a win for everyone.

I expect the Indiana series and the Penn State game to fall off the schedule next. The rest will probably remain, although LSU has leverage in their contract to force a lower fee negotiation if they want (but why bother?)

Nevada is the only FBS school still scheduled to visit Idaho beyond 2017. And that game will likely be canceled too.

How does Rob Spear still have a job…?

Someone has to manage the aftermath of a train wreck.

Who else wants to go live in Idaho?

Glad that SJS cancelled this series…..rather play a FBS school or a FCS school closer to home.