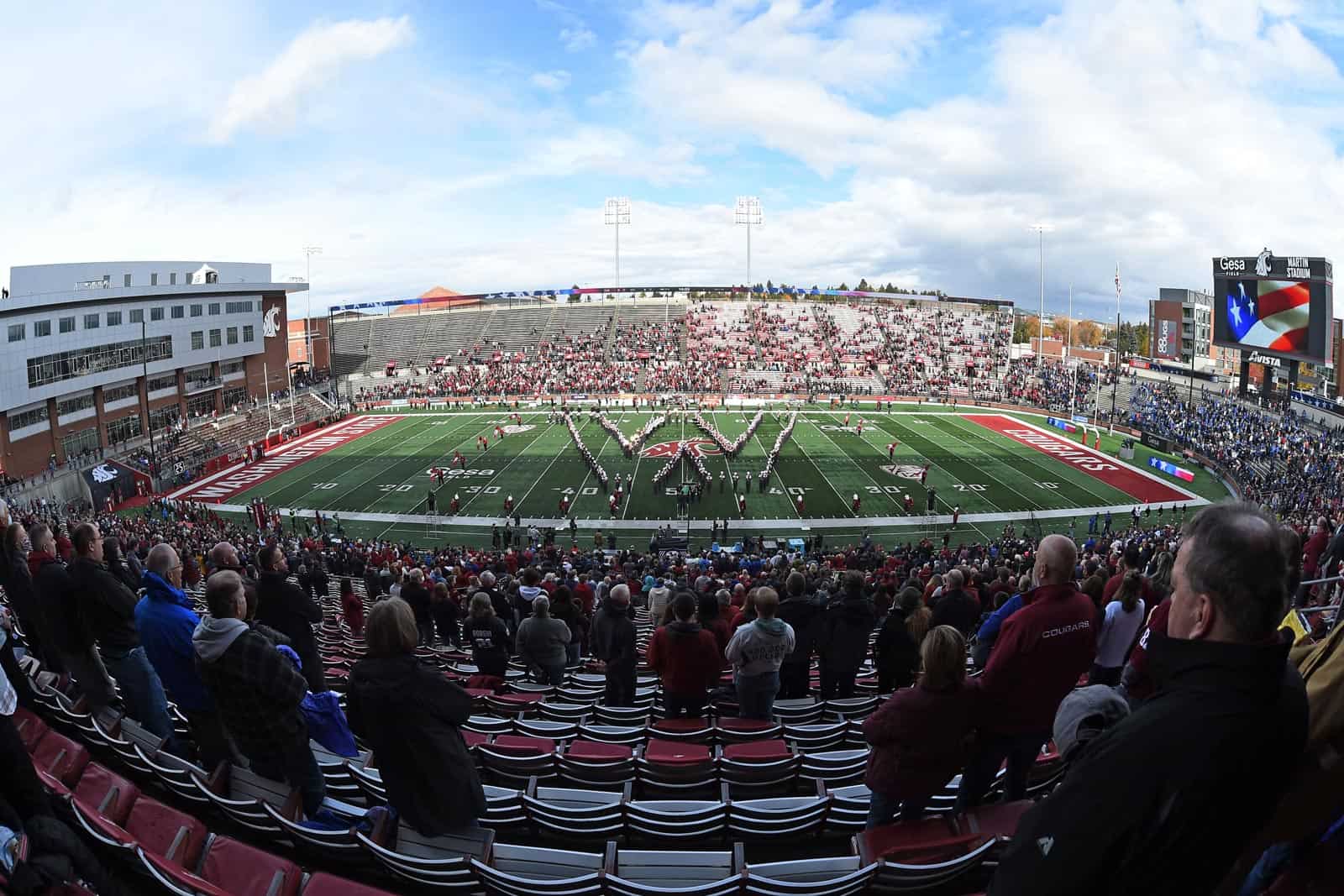 The Idaho Vandals will play at the Washington State Cougars in 2027 and 2029, FBSchedules.com has learned.

Copies of contracts for both football games with Washington State University were obtained from the University of Idaho via a state public records request.

Idaho will travel to take on Washington State at Martin Stadium in Pullman, Wash., on Saturday, Sept. 4, 2027 and then again two seasons later on Saturday, Sept. 15, 2029. The Cougars will pay the Vandals a $625,000 guarantee for each game, according to the copies of the contract.

The two schools are also scheduled to meet this season on Saturday, Sept. 3, 2022 and then again three seasons later on Saturday, Aug. 30, 2025. Both of those games were previously reported.

Washington State and Idaho are separated by just over seven miles and have a long history on the gridiron. The two schools first met in 1894 and have played a total of 92 games. The Cougars won the most recent meeting 56-6 in 2016 to extend their lead in the series to 72-17-3.

Washington State now has all three of their non-conference games scheduled for the 2027 season. After opening against Idaho, the Cougars are scheduled to host the Kansas Jayhawks on Sept. 11 and then travel to face the Fresno State Bulldogs on Sept. 18.

How can Idaho compete & beat MTSU Bobcats, UMT Griz, EWSTU Eagles?
These State U. FB Programs have figured things out & each has played for All the Marbles in the Championship Game in Seasons 2008, 09, 2010, 2021. EWU was able to conquer the Delaware blue Hens to crown Themselves in January 2011.