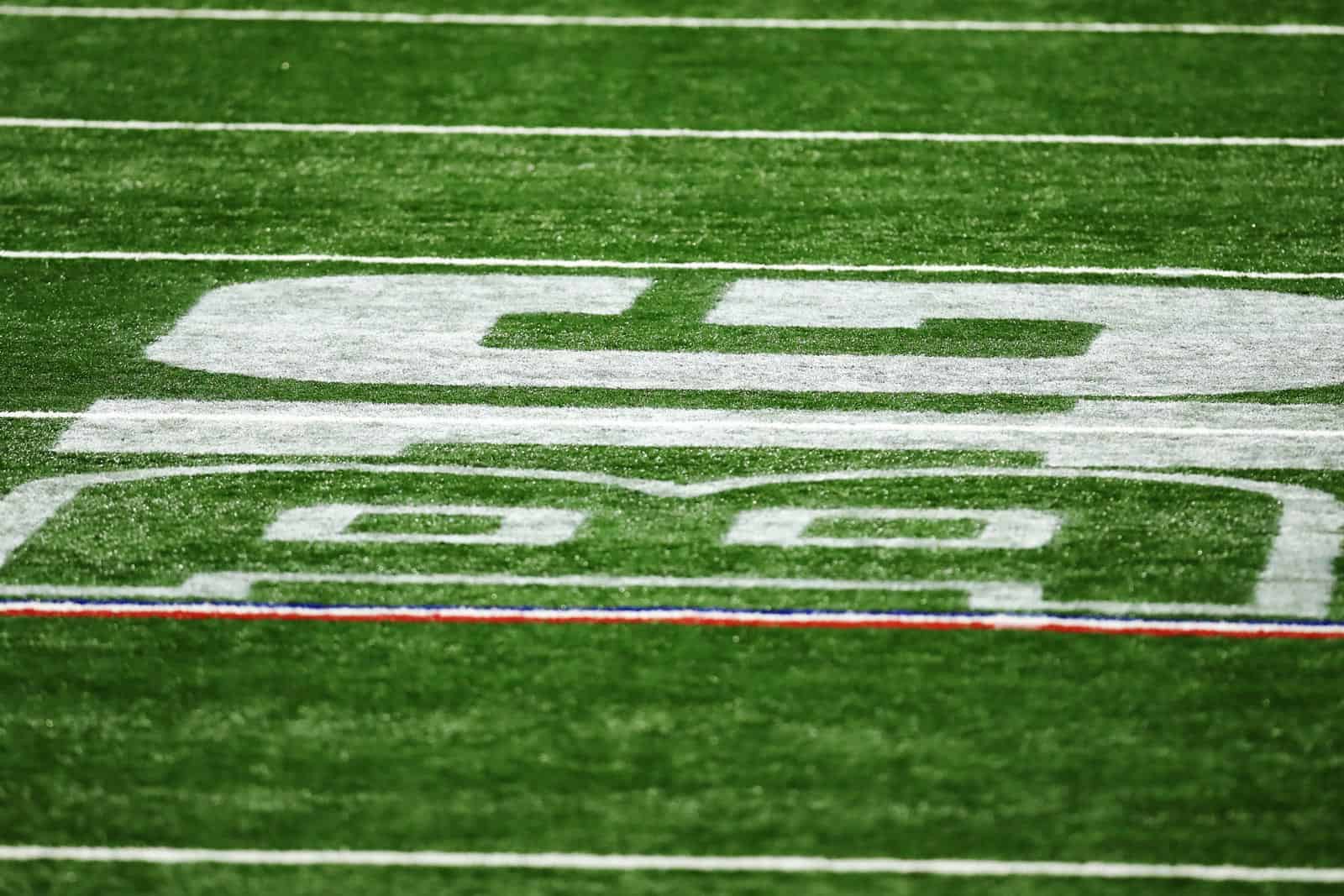 On August 11th, 2020, the Big Ten announced that it was cancelling its fall football season. It was the first Power 5 league to do so.

The mental and physical health and welfare of our student-athletes has been at the center of every decision we have made regarding the ability to proceed forward. As time progressed and after hours of discussion with our Big Ten Task Force for Emerging Infectious Diseases and the Big Ten Sports Medicine Committee, it became abundantly clear that there was too much uncertainty regarding potential medical risks to allow our student-athletes to compete this fall. – Big Ten Commissioner Kevin Warren

Speed forward just over a month, to Sept. 16th, and the Big Ten (after the ACC and Big 12 had already begun play and the SEC was scheduled to kick off on Sept. 26th, reversed course and announced it would – after instituting a rigorous COVID-19 protocol – start its season on Oct. 23rd. According to a statement from Dr. Jim Borchers – the co-chair of the return to competition task force’s medical committee (who just so happens to also be the head physician at Ohio State):

Everyone associated with the Big Ten should be very proud of the groundbreaking steps that are now being taken to better protect the health and safety of the student-athletes and surrounding communities.

The plan was to play eight games in eight weeks, with all roads leading to the Big Ten title game on Dec. 19th, conveniently scheduled just one day before the College Football Playoff committee was to decide which teams were selected for its bracket. To qualify for the conference championship game, a team was required to have played in at least six games.

By the time the Big Ten finally hit the field it was technically Week 8 of the season. The ACC and Big 12 had been in action for six weeks and the SEC had been playing for four.

The Buckeyes held that spot after not playing a game at Illinois (scheduled for Nov. 28), winning at Michigan State (Dec. 5), and then missing out on its annual clash with Michigan (slated for Dec. 12).

With the “regular” season done OSU was 5-0, one game shy of the required number of games to participate in the Big Ten title game. Rather than replace the Bucks, the conference – in its second of at least three key reversals – changed its mind and ruled to eliminate the six-game requirement.

The decision was based on a competitive analysis which determined that Ohio State would have advanced to the Big Ten Football Championship Game based on its undefeated record and head-to-head victory over Indiana regardless of a win or loss against Michigan…The conference continues to prioritize the health and safety of our student-athletes and remains flexible and united with its 14 member institutions and partners during these unprecedented times.

A 22-10 win over then (15) Northwestern in the Big Ten title game was all it took for the CFP committee to promote Ohio State to No. 3 in its final rankings. That set up a Semifinal game vs. (2) Clemson instead of the head-to-head battle with (1) Alabama which would have occurred had the Buckeyes remained at No. 4.

According to the CFP committee’s infamous “eye test” (the Big Ten calls it a “competitive analysis”), apparently, Ohio State just “looked like a Playoff team.”

Though it’s easy to leap ahead to Ohio State’s dominant performance vs. Clemson – a shocking yet well-deserved 49-28 triumph – the Big Ten reversed another key decision before that game even kicked off.

According to a Dec. 20th tweet from ESPN’s Adam Rittenberg.

Big Ten players who test positive for COVID-19 will only be required to miss 17 days, a reduction from 21, according to a document obtained by ESPN showing new policy from B1G’s return to competition task force medical subcommittee. Same cardiac protocols will remain.

This decision – made by the same committee (led by Ohio State’s head physician) who aided in the reversal of the decision to cancel the season – magically opened the flood gates for several key Buckeyes (who were stuck in the COVID protocol and wouldn’t have been able to play otherwise) to return to action. This number, critically, included wide receiver Chris Olave, who did not play in the narrow win over Northwestern in the Big Ten title game but was now made eligible.

The result? Olave led the team with six catches for 132 yards and two scores in the win over Clemson.

While you cannot deny Ohio State’s on-field brilliance, and dominance, in its win over Clemson, how it secured its place to compete for a national championship warrants discussion.

The Big Ten did whatever it took – including reversing three of its own decisions (one of which Big Ten commissioner Kevin Warren said “would not be revisited”) – to get Ohio State – its best hope of winning a national championship – into contention. Then the CFP committee did the rest, that despite the Buckeyes playing just five regular season games – four against opponents that finished with losing records.

Is Ohio State one of the best teams in the nation? Absolutely. And its loss to Alabama in the CFP championship doesn’t change that fact. The Buckeyes are a great football team with elite athletes. The mistake would be asserting that OSU was exposed as something other than that by the Crimson Tide. The real story is that the Big Ten, and then the CFP committee, played the role of enabler in allowing a program that didn’t qualify for the bracket to qualify.

If all that is required to prove a team’s worthiness is a “competitive analysis” or “eye test” – why even play the games?

The Big Ten – which has long held itself to a “higher standard” – sacrificed a boat load of credibility, and perhaps its prestige and honor, to get its flagship program into contention.

It may be high time to stop looking down upon, and speaking ill of, the SEC.

Yes, the SEC proved “off the field” waaaayy better managed than the Big10/14

Absolutely! They should not have qualified even for the Big 10 Championship game!

I don’t think it’s the monolithic Big Ten that should be blamed. It should be Kevin Warren. He is at the head of it, and should be taking the responsibility, and the blame, for it.

An interesting year for sure!

The Big Ten thought they were going to heroically lead the way and cancel fall football in 2020, but nobody cared, especially the SEC, ACC, or Big 12.

When they realized nobody else was paying attention, they turned their heroic lead into a bluff and came out to play late because the conference didn’t want to be left out.

The part you didn’t touch on: THE BIG TEN WOULDNT CHANGE THEIR RULES FOR NEBRASKA! The Huskers tried to play UTC when Wisconsin covided out of their matchup. Big Ten didn’t budge.

Nebraska needs to bounce as the Big Ten is now Ohio State feat. 13 others. Can’t have favorites in a conference where some get rules bent or broken, and other can’t even play!

No question Ohio State called the shots here. This is a first for the Big Ten (at least in my memory), to have the biggest dog throw its weight around in the conference. But it’s nothing new for Texas, to give one example. Does anybody do that in the SEC?

That is because Alvarez (?) hates for B10 schools to play FCS teams (like NDSU)

2020 has made it clear to me (and maybe only me) that rules and actually playing games is a totally over rated part of College football. Six games to be eligible for a title, not so important, Every school having a chance to make the playoff, never been the case, Fans in the stadia? sure we miss them, but not a deal killer. Playing all the bowl games, no big deal.

So why do risk the safety of the players, fans and employees of the games by actually playing them at all? You can get dressed up in school colors for the National Letter of intent day, Coaches press conference each week. Why play the games any more?

You can still call your friends and tell them your school has been ranked higher than their school by the polls, that is the most important thing, right?

As an OSU fan I wish we could get out of the Big Ten and join another conference already like the SEC. I am sick of getting dragged down with these bums and with our own messes (Jim Jordan, Urban Meyer scandal) as well as those at Mich St., IU, Penn State, Rutgers, Maryland, Iowa etc the big ten is just as much a cesspool as SEC or even worse. At least the SEC is like minded about wanting football and $ and not being full of moral superiority and I would personally enjoy stepping up during the regular season to see if we got what it takes to compete with the UGA, LSU and Auburns of the world.