Houston Baptist to play at SMU in 2024 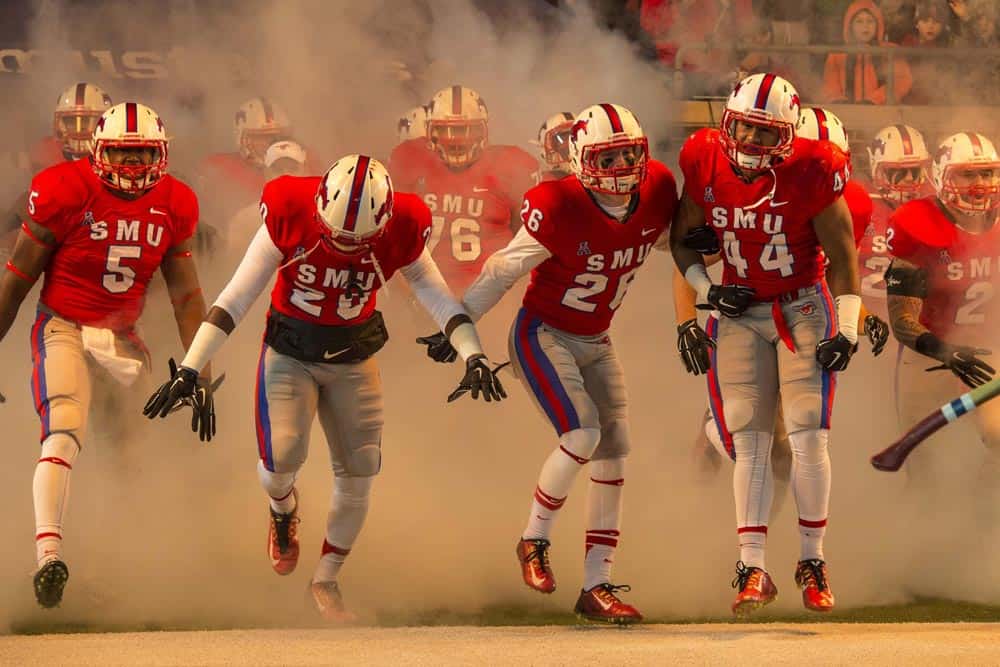 The Houston Baptist Huskies will play at the SMU Mustangs in 2024, both schools announced on Monday.

A specific date for the game in 2024 was not announced, but it will be played at Gerald J. Ford Stadium in Dallas, Texas.

Houston Baptist and SMU are scheduled to meet for the first time on the gridiron on Saturday, Sept. 29, 2018 at Gerald J. Ford Stadium in Dallas.

The Huskies are a member of the Southland Conference in the Football Championship Subdivision (FCS). HBU played their first season of football in 2013. The Huskies finished the 2017 season 1-10 overall and 0-9 in conference action.

Houston Baptist is the second announced non-conference opponent for SMU for the 2024 season. The Mustangs are also slated to travel to North Texas on Sept. 7.