Hawaii and Vanderbilt schedule football series for 2022 and 2023 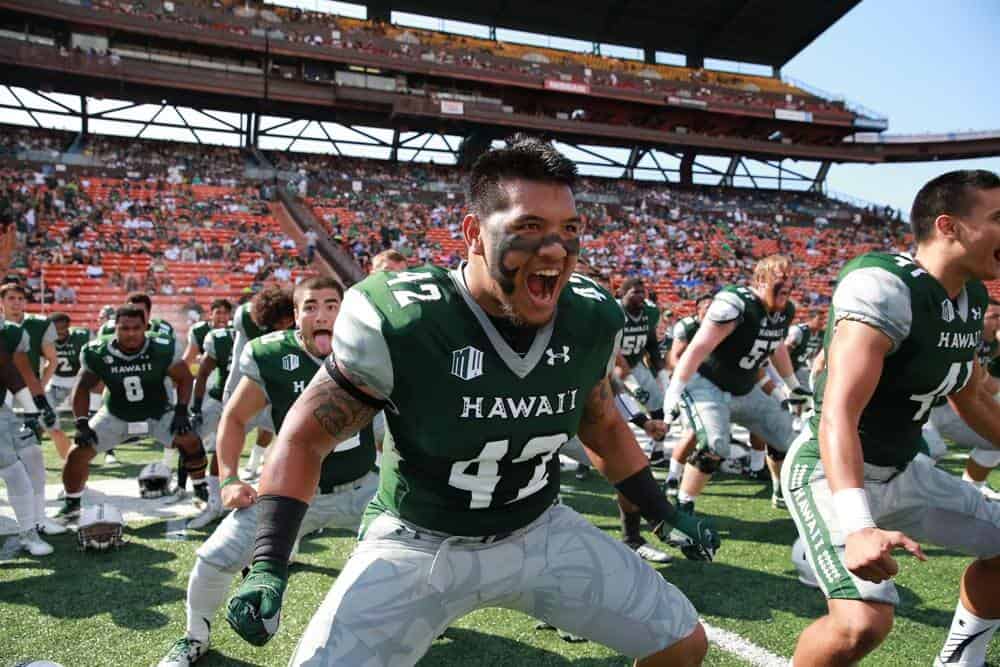 The Hawaii Rainbow Warriors and the Vanderbilt Commodores have scheduled a home-and-home football series for 2022 and 2023, according to Hawaii’s official website.

The first game of the series will be played at Aloha Stadium in Honolulu on Saturday, Aug. 27, 2022. This will be a “week zero” game that is now allowed under NCAA rules for Hawaii and their opponents.

“Week zero” games are played the Saturday prior to Labor Day weekend. Previously, the Thursday before Labor Day was the earliest FBS teams could play without a special exception from the NCAA.

Vanderbilt will host Hawaii in the second and final game of the home-and-home series at Vanderbilt Stadium in Nashville, Tennessee on Sept. 30, 2023.

The 2022 game will be the first-ever meeting between Hawaii and Vanderbilt on the gridiron.

Hawaii has also added a home game against the Central Arkansas Bears on Sept. 21, 2019. That gives the Rainbow Warriors five non-conference games for that season. UH also played five in 2016 and has five set for 2018.

This is a good call playing the game a week prior to football season starting, that is one hell of a trip from Tennessee to Hawaii, at least the players & fans can enjoy the beaches & sun, nice little vaca if you can afford it.

It is the same trip as Hawaii will make in going to Tennessee.

Yes, it’s one hell of a trip from Hawai‘i to Tennessee, at least the players & fans can enjoy the mountains & sun, nice little vaca if you can afford it.