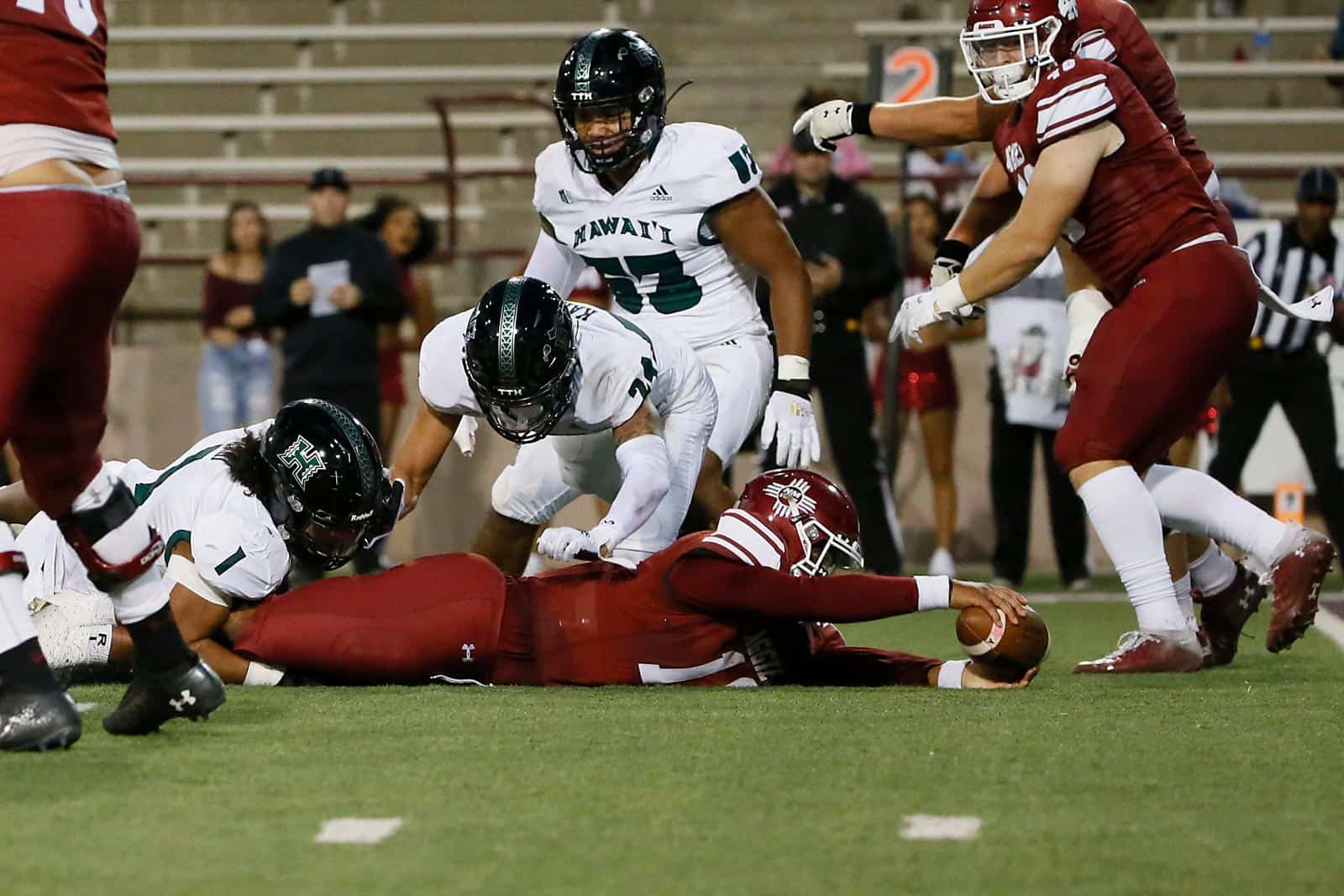 The Hawaii Rainbow Warriors and the New Mexico State  Aggies have made some changes to their future football series, FBSchedules.com has learned.

After the latest round of conference realignment, the New Mexico State Aggies are leaving the Football Bowl Subdivision (FBS) Independent ranks next season and will officially join Conference USA on July 1, 2023. As a result, the Aggies have to trim some games from their future football schedules.

According to copies of contract amendments obtained from the University of Hawaii, two future football games between the Aggies and Rainbow Warriors have been canceled. Hawaii will no longer travel to New Mexico State on Oct. 19, 2024 and their home game against the Aggies that was slated for Sept. 30, 2028 has also been axed.

No cancellation fee is due to either team, according to the copies of the contract amendments.

Hawaii and New Mexico State first met on the gridiron in 1978 in Honolulu. The Aggies’ victory earlier this season was their first in the series, which the Rainbow Warriors currently lead 10-1.