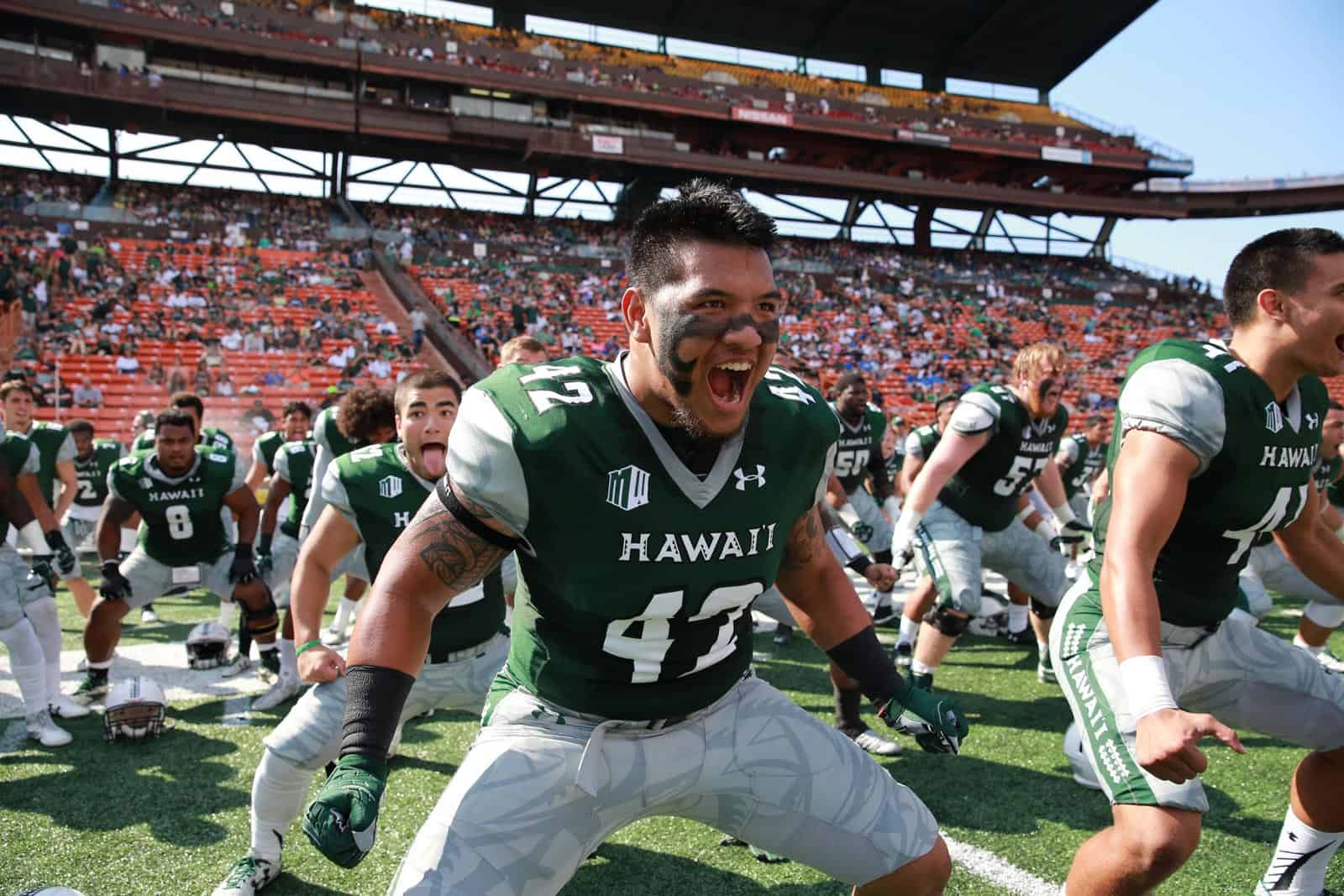 The Hawaii Rainbow Warriors and the Louisiana Tech Bulldogs will play in the 2018 Hawai’i Bowl, it was announced on Wednesday.

The Hawai’i Bowl is set for Saturday, Dec. 22 at Aloha Stadium. The game will be televised nationally by ESPN at 10:30pm ET/5:30pm HT.

“We’re extremely proud to represent our University in the Hawai’i Bowl,” Hawai’i head coach Nick Rolovich said. “We’re also very excited to rekindle some old WAC battles against a very talented Louisiana Tech team on December 22. It could very well be one of the more exciting games of the bowl season.”

“We could not be more excited to represent Louisiana Tech in the Hawai’i Bowl,” LA Tech head coach Skip Holtz said. “I want to thank the Hawai’i Bowl committee, the people of Hawaii and everyone involved for giving us this incredible opportunity to play our final game of the 2018 season in the great state of Hawaii. I am very excited for this football team to experience the culture and hospitality of the Hawai’i Bowl while also having the opportunity to face off against a great opponent in such a historic stadium.”

2018 will be the fifth consecutive season and 11th overall that Louisiana Tech has played in a bowl game. It will also be the first Hawai’i Bowl appearance for the Bulldogs.

Louisiana Tech lost the final two games on their schedule to finish the regular-season 7-5 overall and 5-3 in Conference USA play.

Hawaii will head into the bowl game on a two-game winning streak. The Rainbow Warriors are 8-5 overall and 5-3 in the Mountain West Conference.

The complete bowl schedule and the College Football Playoffs will be announced on Sunday, Dec. 2.