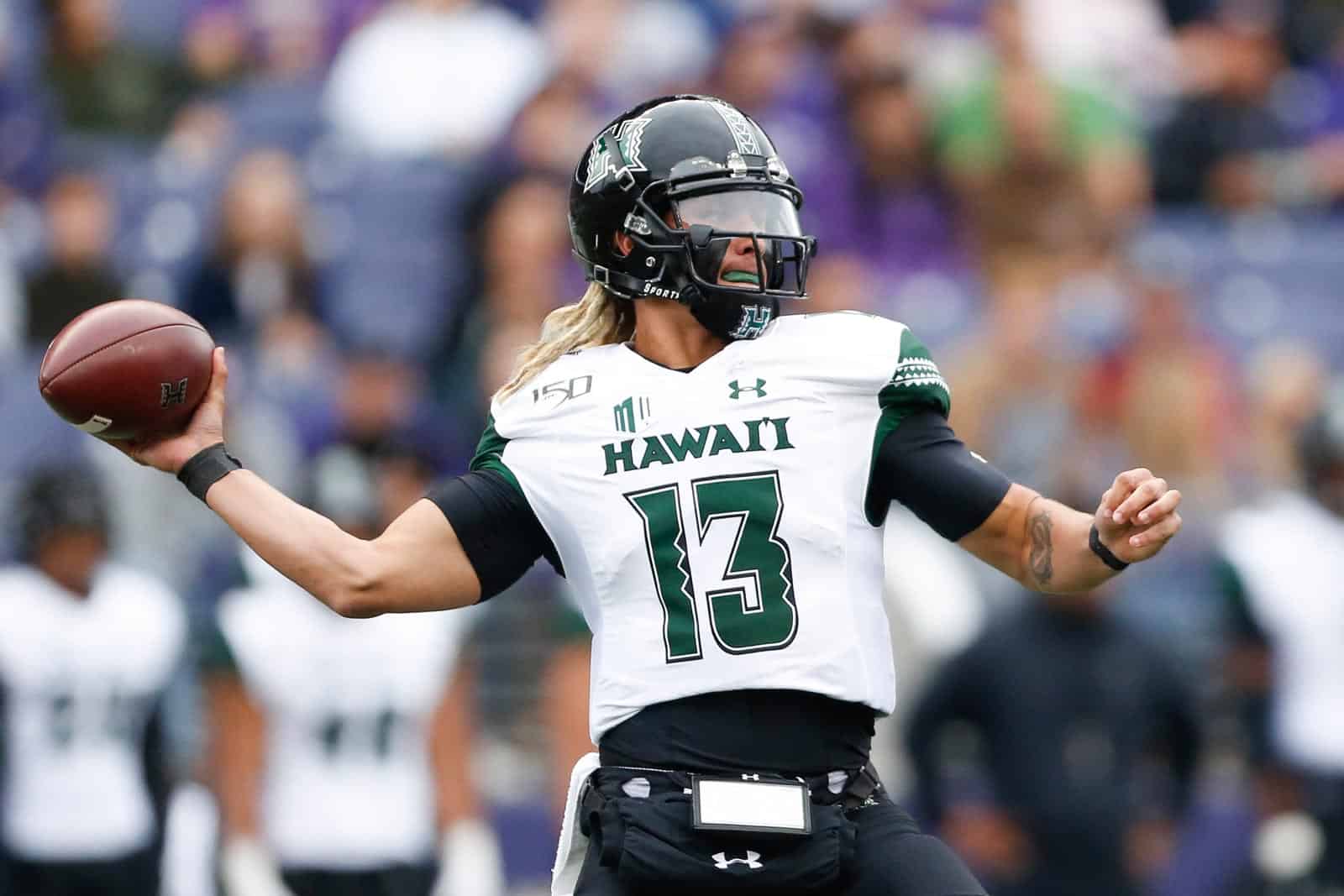 The Hawaii Rainbow Warriors have made several adjustments to their future football schedules, the school announced on Friday.

Hawaii was previously scheduled to play a home-and-home football series with the Army Black Knights with games set for Nov. 19, 2022 in West Point, N.Y., and Nov. 30, 2024 in Honolulu, Hawaii. Both of those games have been canceled.

The Rainbow Warriors previously canceled the final two games of a three-game football series with the Wisconsin Badgers. Those games were also slated for the 2022 and 2024 seasons.

Hawaii has scheduled another contest with the New Mexico State Aggies, and this one is slated for Oct. 23, 2021 at Aloha Stadium in Honolulu. The two teams are also set to play that season on Sept. 25 in Las Cruces, N.M., which means that the two schools will play an in-season home-and-home series in 2021.

It won’t be the first in-season series for New Mexico State. The Aggies played the Liberty Flames twice in 2018 and they will do so again this season.

The Rainbow Warriors will travel to take on the Michigan Wolverines on Sept. 10, 2022, which we covered earlier here. In order to schedule that contest, Hawaii pushed back their home game against the Duquesne Dukes one week from Sept. 10 to Sept. 17.

Hawaii has also added a home game against the Portland State Vikings of the Big Sky Conference for Sept. 13, 2025. The Vikings are also scheduled to visit Honolulu on Sept. 4, 2021, which was previously announced.

I guess after getting annihilated by Air Force, they said enough to the Wishbone offense teams. Sad!!

Do you really think the in-season home-and-home with NMSU will stick? I can see it with two independent schools NMSU and Liberty doing it, but Hawaii is guaranteed eight conference games per season from the Mountain West conference office. Surely the previously scheduled game is in the process of being moved to another season.