Hampton, Norfolk State set to resume “Battle of the Bay” in 2021 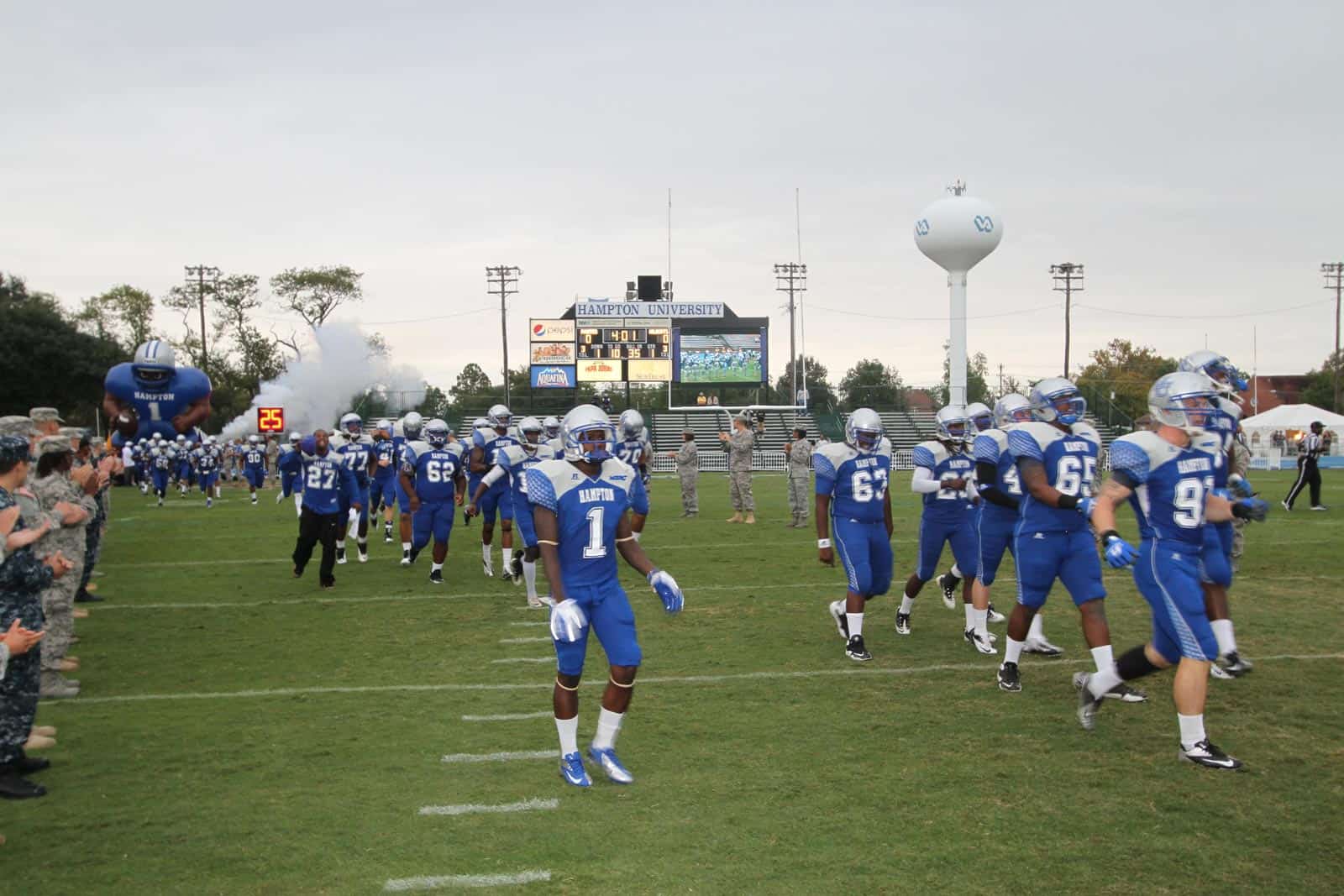 Conference realignment often has a negative effect on college football rivalry games, and that’s no different in the Football Championship Subdivision (FCS).

The Hampton Pirates and the Norfolk State Spartans, both Mid-Eastern Athletic Conference (MEAC) members located in the Hampton Roads region of coastal Virginia, squared off on the gridiron every season from 1963 until 2017 in a rivalry game dubbed “Battle of the Bay.” But the series was forced into a break when Hampton announced they were leaving the MEAC to join the Big South Conference.

Hampton played the 2018 season as an FCS Independent before joining the Big South Conference beginning with the 2019 season.

During the transition, the MEAC reportedly made it tough for Hampton to schedule any of their former conference opponents, including Norfolk State.

In the meantime, Norfolk State scheduled their non-conference opponents for the 2018 through 2020 seasons. That didn’t include the Hampton Pirates, but they were told at the time the earliest the rivalry could be renewed is 2021.

The “Battle of the Bay” will in fact return for the 2021 season and it has been scheduled through 2024, according to copies of the game contracts obtained from Norfolk State University via a state Freedom of Information Act request.

The series will renew on October 23, 2021, with the Hampton Pirates hosting the Norfolk State Spartans at Armstrong Stadium in Hampton, Va. The following season on October 22, 2022, Hampton will travel to take on Norfolk State at William “Dick” Price Stadium in Norfolk, Va.

The “Battle of the Bay” was first contested in 1963 in Hampton and has been played a total of 55 times. Norfolk State currently leads the overall series 28-26-1.

Perhaps in the next wave of realignment, the CAA will lose James Madison, William and Mary, and the football program of Richmond to FBS (Sun Belt, C-USA and MAC respectively).

Wanting to maintain a presence in Virginia, the CAA would then add Hampton and Norfolk State, along with VMI.

Why would the MAC take Richmond?

If the MAC added Cleveland State and Robert Morris as non-football members, and S. Illinois and Youngstown State as football-playing full members, they would add two football-only members to offset the two NFB members, My top candidates are Richmond and Fordham. Robert Morris is added to gain the Pittsburgh market.