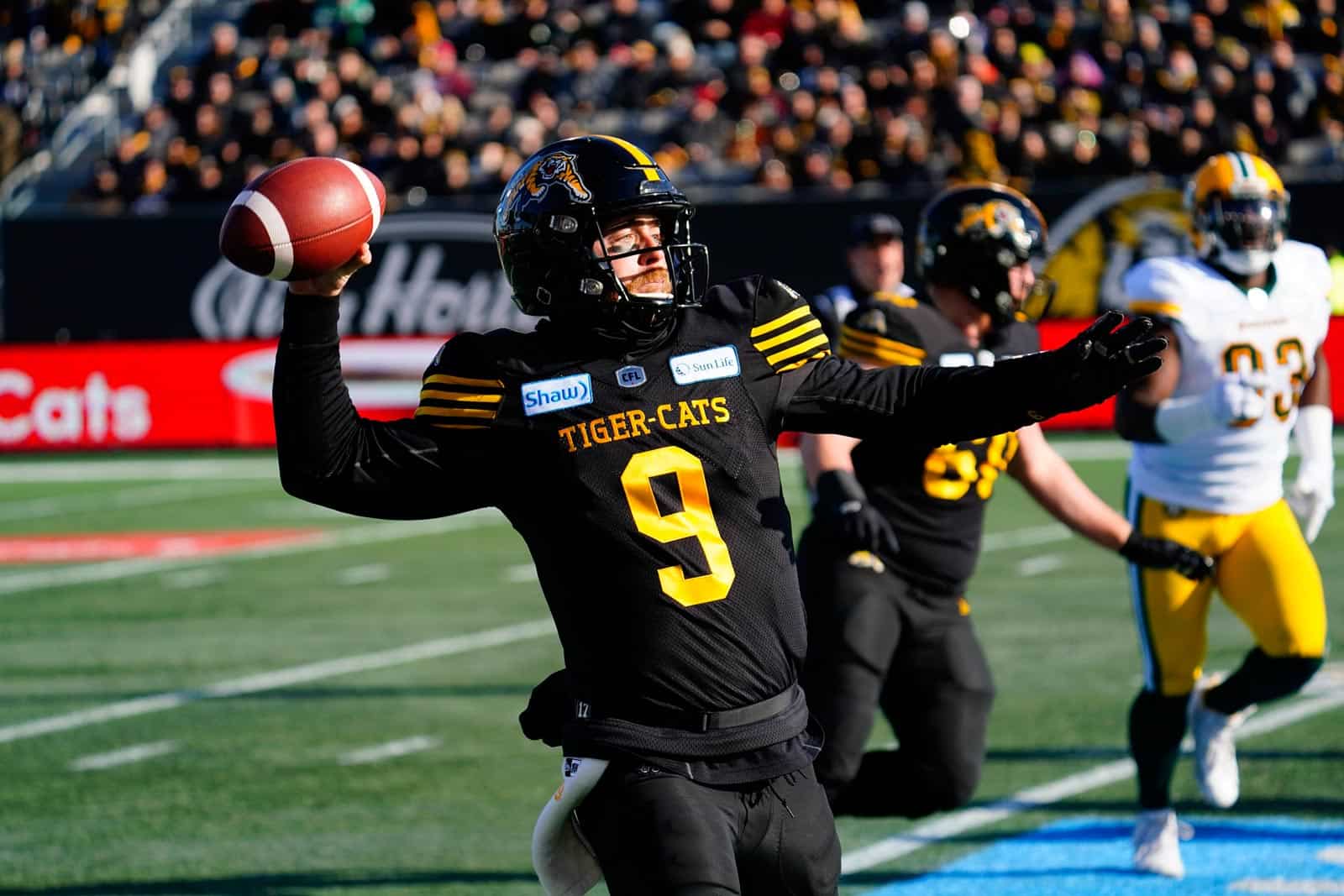 The Hamilton Tiger-Cats and the Winnipeg Blue Bombers will meet in the 107th Grey Cup on Sunday, November 24, 2019.

Hamilton and Winnipeg will square off at McMahon Stadium in Calgary, Alberta. The game will be televised at 6:00pm ET in the United States by ESPN2 and in Canada by TSN (English) and RDS (French).

Hamilton reached the 107th Grey Cup after defeating the Edmonton Eskimos 36-16 in the Eastern Final. Winnipeg beat the Saskatchewan Roughriders 20-13 in the Western Final to reach the CFL’s championship game.

The Winnipeg Blue Bombers will be making their 25th appearance in the Grey Cup, which leads all Canadian Football League teams. Winnipeg, 10-14 (.417) in the Grey Cup, last won the league championship in 1990.

The Hamilton Tiger-Cats will be playing in the Grey Cup for the 21st time, which is fourth most among all CFL teams. Hamilton last won the Grey Cup in 1999 and has a record of 8-12 (.400) in the championship game of the Canadian Football League.

Hamilton and Winnipeg have met eight times in the Grey Cup, most recently on November 18, 1984. The Blue Bombers defeated the Tiger-Cats in that contest, 47-17 at Commonwealth Stadium in Edmonton.