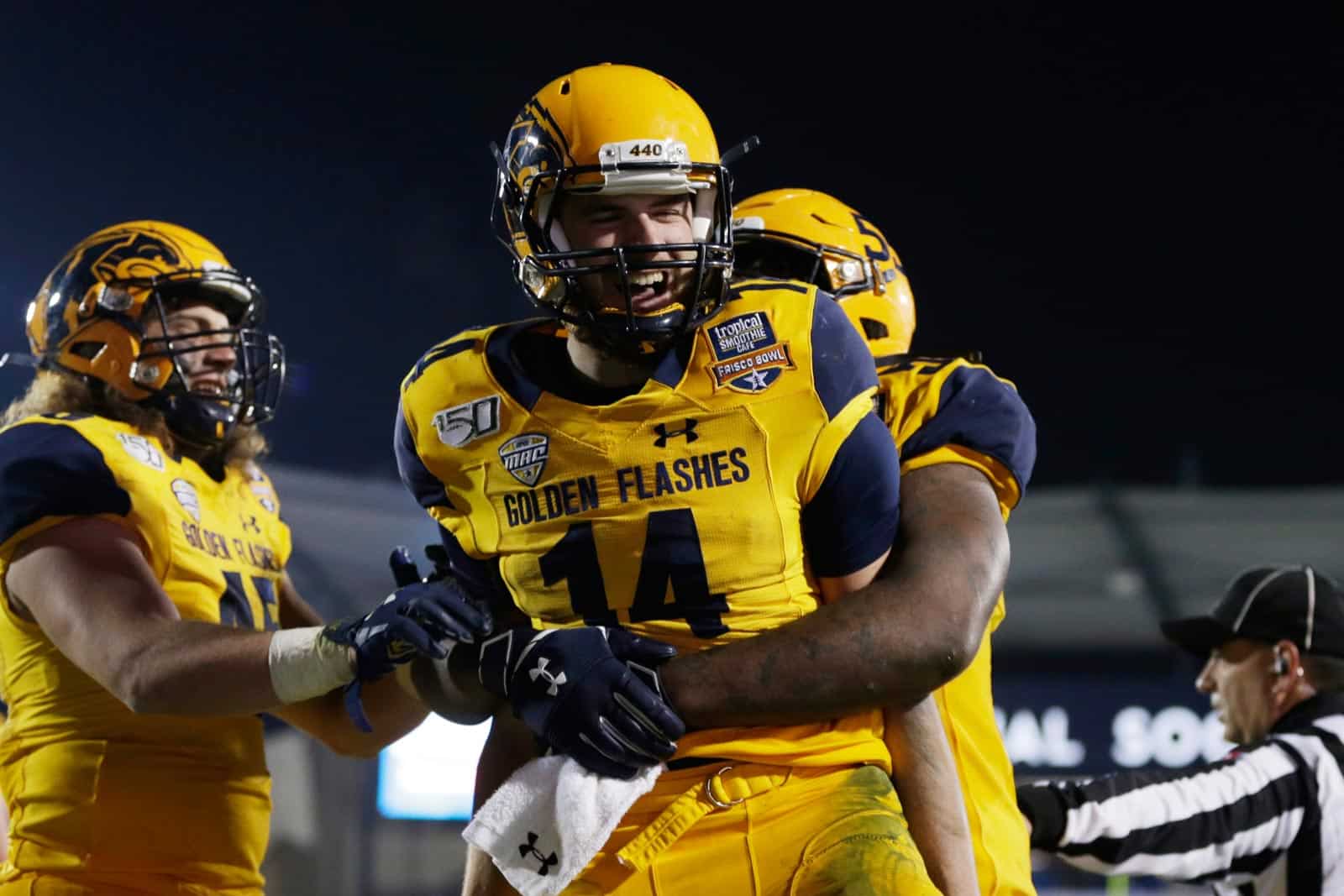 Of the 60 Group of Five members coming into 2020, 30 are set to play two or more Power Five opponents out of conference. Of these, only six (or 10% of the field) are scheduled to play three-plus Power foes.

It’s a significant difference that will impact which teams do, and don’t, enjoy a postseason berth.

By conference, four members of the Mountain West make the honor roll while two hail from the MAC. That means that the American, C-USA and Sun Belt are not represented.

Colorado State has added at least one Power Five opponent to its standing date with in-state rival Colorado every season since 2013. In 2017 and 2018 it tacked on two such foes, equaling this years’ feat of playing three Power Five opponents. Its last win over a Power member came in 2018, when it hosted Arkansas and won 34-27.

Looking ahead, the Rams don’t have three Power programs on any future schedule through 2028.

Hawaii went from playing just one Power grade foe in 2018 (BYU) to playing three last season. It also scheduled three Power opponents consecutively from 2014-16, posting a 1-8 record over the three-year span. It beat a Power foe as recently as last season, earning back-to-back wins over Arizona (45-38) and Oregon State (31-28) to kick off what was a 10-5 campaign, the highest mark since 2010.

The Warriors don’t currently have another season scheduled with three Power foes.

This is Kent State’s third consecutive season with three Power foes on its slate. The last time it didn’t play at least two Power opponents was 15 years ago, in 2005, when it opened with a loss at Michigan State and then squared off with Southeast Missouri State and Navy in non-MAC action. Its last win over a Power foe came in 2012, a 35-23 upset at then (18) Rutgers.

The Golden Flashes have games at Texas A&M, at Iowa and at Maryland slated for 2021 and already have roadies to Washington and Georgia inked for 2022.

Though not a member of a Group of Five conference, independent Liberty is considered a G5 grade opponent and therefore gets recognition for scheduling three Power foes. The Flames moved up to the FBS level in 2018, playing two Power opponents in its first season (at Virginia and at Auburn), and three last year (Syracuse, at Rutgers, at Virginia). They have not yet beaten a Power program since the transition.

The only future slate with three-plus Power foes is 2022, when Liberty has games booked at Wake Forest, vs. BYU, at Arkansas and vs. Virginia Tech.

This is Northern Illinois’ third straight season with three-plus Power opponents. In 2018, it upped the ante to four by adding a road trip to BYU (a 7-6 win) to games at Iowa, vs. Utah and at Florida State. The last time it failed to play a Power foe was in 2016, when it scheduled Wyoming, South Florida, San Diego State and Western Illinois in non-MAC play. Its most recent win over a Power Five member was in 2017, a 21-17 upset at Nebraska.

As of now, the Huskies don’t have another three-Power opponent season booked in the future.

Like Liberty, UConn is an independent that isn’t Notre Dame or BYU, and therefore is classified as a Group of Five opponent. It has a whopping five Power foes slated for 2020, just one fewer than BYU. This is the Huskies’ first season as an independent since 2003, transitioning from the American, where it last played three Power opponents in 2017. Their last win over a Power Five member came in 2016, a 13-10 victory over Virginia.

UConn currently has four Power foes scheduled for both 2022 (Syracuse, at Michigan, at NC State, Boston College) and 2023 (Duke, NC State, at Boston College, at Tennessee).

UNLV hasn’t played three opponents that are currently Power Five members since 2008, when it scored back-to-back wins at (15) Arizona State (23-20) and Iowa State (34-31) and lost at (22) Utah (then a fellow member of the Mountain West conference). The last time the Rebels scheduled three opponents that were members of a Power Five league at game time was in 2002 when it fell to Wisconsin and Oregon State but beat Kansas. Their most recent win over a Power club came last season, a 34-10 win at Vanderbilt.

Though UNLV doesn’t currently have a future schedule that features three Power opponents, it does have two such games slated consecutively from 2021-25.

Utah State technically played three Power foes as recently as last season, adding games at Wake Forest and LSU to its standing date with in-state rival BYU. Its most recent win over a Power foe came in 2018 when it visited the Cougars and scored a decisive 45-20 victory. Its last win over a true Power Five member came in 2014 when it triumphed 36-24 over Wake Forest.

It looks like Boise State has started to dumb down their future schedules with only 2 Power 5 foes in 2022 and 2023 along with BYU and after either zero or 1 after 2023. Too bad.

Why should they “schedule up” when it doesnt benefit them? They could schedule all 4 OOC games against Alabama, Clemson, Ohio State, and Oklahoma and go 13-0 and still get nothing out of it except a dumb bowl game against a 9-3 ACC team……..so why do it?

I know that they only play 1 this season but Tulsa has been playing 1 or more Group of 5 the past 5 seasons. Last year it was at Michigan State and home against Oklahoma State. The year before it was @ Texas and @ Arkansas, 2017 and next year they go to Oklahoma State and Ohio State. It seems they play 1 group of 5 one season then 2 the next because in 2022 they “only” go to Ole Miss before playing a brutal 2023 at Washington followed by a home game against Oklahoma. For one of the smallest football programs in Division 1 Tulsa seems to always play a tough non conference schedule. I know its probably because they have no choice and it brings in some money but it seems they are doing what Boise State did about 15 years ago.

I know you mentioned that Liberty hasn’t beaten a Power 5 since moving up in 2018 but it is worth noting they did go into Waco in the season opener in 2017 and beat the Baylor Bears.

Liberty does have 3 power 5 opponents in 2027. Virginia, Virginia Tech, and Duke.